Who are the True Inheritors of the Prophet (peace be on him)? 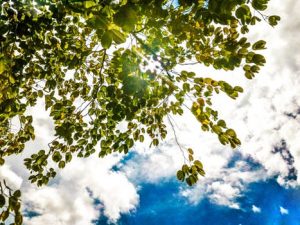 Allah Almighty chooses individuals amongst humanity to lead people to Him. These Messengers are receiving divine revelation from Allah Almighty. It is neither their wealth or possession but rather their knowledge and their responsibility that separates them from the rest of humanity. The Messenger of Allah (peace be on him) said:

Real scholars are the inheritors of the Prophet Muhammad (peace be on him). And they are the ones whom Allah Almighty has given the status of bearing the similitude of stars through which guidance is achieved in times of darkness, on land and on sea. They are the delegated successors of the Messenger (peace be on him) with regards to his nation and they are the ones who revive what has been caused to die. It is through them that the Qur’an and the Sunnah are established. The scholars are as Imam Ahmed said:

‘Scholars are those who guide those who have strayed, are patient in every calamity that befalls them, give life to the spiritually dead with Allah’s book and enlighten those spiritually blind with the light of Allah.’

The Messenger of Allah (peace be on him) is encouraging you to go on the quest of seeking knowledge by giving you incentives. The people with the highest status and the greatest knowledge are the scholars and they the people closest to his sunnah (his way). He is making you aware of your status in the eyes of Allah Almighty and all the creation if you were to become a scholar.

The Messenger of Allah (peace be on him) further said:

‘My heirs will not inherit a Dinar or a Dirham, for whatever I leave (excluding the adequate support of my wives and the wages of my employees) is given in charity.’

The Messenger of Allah (peace be on him) did not leave anything behind other than his hadith amongst us, so these are his property and his assets. If anyone wants to take a share of inheritance from the Prophet (peace be on him) of Allah, he should seek the knowledge of the prophetic way. Ali Ibn Abu Talib said regarding the value of knowledge:

‘Knowledge is better than wealth, for knowledge guards you while you have to guard wealth. Knowledge increases the actions, but wealth gradually decreases as it is spent. And the love of the scholar is the Deen – it being professed through this act of love.

Knowledge secures obedience for the scholar during his life and praise after his death. But the benefit of wealth stops once it finishes. The people who hoard wealth are [in reality] dead while they live their lives. However the scholars remain as long as time remains – for their bodies may no longer be present, but their examples are found in the hearts.’

We are almost at the dawn of the 15th century after the birth of Islam, and if you were from people of knowledge, then you have indeed received the legacy of Muhammad (peace be on him). The teaching of the Prophet (peace be on him) is over 1400 years old and it still lives on.

Knowledge remains forever, whilst property is consumed then ceases to exist. So we see in the example of Abu Hurayrah who was amongst the poorest of the companions, such that he would become unconscious and collapse from extreme hunger. But if we take any book on Islam, the name of Abu Hurayrah is one that lives on. There will be immense reward for Abu Hurayrah. While the inheritance of wealth and property eventually disappear into the past and is forgotten, the teachings of the scholars are a lasting legacy. Imam Ibn jawzi said:

‘The scholar’s book is his eternal child.’

The Messenger of Allah (peace be on him) further said:

‘When a servant (of Allah) dies, his (good) deeds will cease, except for three (kinds of deeds): A charity with continuous effect, a kind of knowledge from which people draw benefit, and a good son who prays to Allah for him.’

Look at the heritage of the religious scholars that still exists today. Their endeavours are praised, their methodology is adopted, and their memory is highly esteemed. If their mention is made in a company, the audience of that group of people or gathering always asks Allah Almighty to shower His mercy on them. Whenever people talk about righteous deeds or esteemed manners, these scholars are mentioned as a good example to be followed.

For example if we were to look at Imam al-Bukhari, who wrote Saheeh al-Bukhari, within his lifetime numerous Muhaddith’s read, studied and memorised Saheeh al-Bukhari from him. Now from just one Muhaddith, how many people did he teach it to? And this has been going on even up to today. No person can claim to be a scholar until he has learned Saheeh al-Bukhari. People will continue to read, teach, memorise, work on, translate and transmit Saheeh al-Bukhari until the end of Days. This is a charity with continuous effect that will not end because the knowledge that people take advantage of will never end. There is an immense reward for Imam al-Bukhari as he will get a duplicate copy of the rewards from the people, who benefits from his works. This is raising their superiority and their ranks in Paradise.

Therefore seek knowledge, since it leads to a supreme status in the worldly life and in the Hereafter. If you teach someone knowledge such that he benefits and teaches another, then you have acquired the reward for teaching two; and if he taught a third, the you acquired the reward of teaching three and similarly this continues in acquiring rewards until the Day of Judgement.

The general underlying principle of Islam is that we should all seek knowledge as this will lift your status. The Messenger of Allah (peace be on him) said:

‘The word of wisdom is the lost property of a wise man so he has a better right to it (than any one else) wherever he finds it.’