When to do dawah. Knowing who will respond to Islam and who won’t. 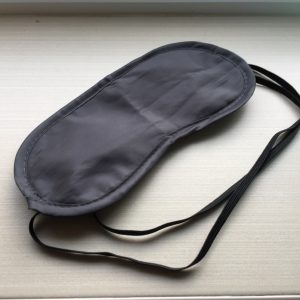 Are all disbelievers the same? Will their punishment be the same? Who are the ones whose hearts are sealed?

Should our dawah be open to all disbelievers or should we focus on those who are more likely to benefit?

A disbeliever is obvious to spot. Though he is instantly recognisable, it is not always obvious where he is in the spectrum of disbelief. Just as believers come in all shapes and sizes, with differing levels of belief, from those who have imaan to those who have helawat ul imaan or ‘Imaan Plus’ (for whom jannah and jahanum feel almost tangible), disbelievers also vary. There may be those who seem to be hardened disbelievers, yet beneath their exteriors lies a pure heart and a sweet personality; with a slight tug, they yield to imaan. Then there are those brick walls, whom nothing on earth will persuade.

Identifying who is open to the message

When doing dawah, we should not prejudge people, but sound them out, and channelize our energy accordingly. Unless we try, we do not know if it will benefit them, so our dawah has to be open for everyone. However when we meet with a brick wall, there is little point wasting time trying to convince someone of the truth who has rammed his fingers in his ears and squeezed his eyes shut.

It is they who have decided to switch off their faculties. Allah Almighty repeatedly points out the tremendous signs of His creation which surround us and those who deny His existence will be resurrected blind and deaf, because they block off the senses He has given us to access Him.

The Prophet (peace be on him) tried persistently to convince segments of society that were unyielding in their disbelief. And Allah Almighty comforted him by conveying that it was not his failure that they would not believe, but their own stubborn refusal to accept the truth. It is this denial of the truth, when it is presented to you and stares you in the face, which is kufr. These are the people that Allah Almighty is referring to when he talks about the ones whose hearts are sealed.

Are all disbelievers going to be punished?

When the inhabitants of Makkah had crystal clear and compelling dawah from the Prophet (peace be on him) himself but denied it, they had none to blame but themselves. Their punishment is the most severe. This is not the same level of kufr as someone who has not received clear, unpolluted dawah. Many people in the West are not aware of the reality of Islam. They have a confused and cloudy understanding of it, and are fed a daily diet of misinformation and constant images of brutality purporting to be Islam. Anyone who does not receive dawah can still enter jannah. It would be injustice from Allah the Merciful to seal someone’s heart and throw them into hell, and indeed He does not seal the hearts of anyone who has the slightest inkling of learning the truth. It is only those who deliberately deny His signs, who will never believe even after an eternity of dawah, who have shut down their own hearts, whom Allah Almighty says have sealed hearts, and they will have an eternity of punishment.

Why disbelievers are punished

Acknowledging Allah Almighty requires a level of commitment and sacrifice, an adherence to certain rules. These all build up in our savings accounts. Those who understand that our actions have consequences have a sense of responsibility, which leads them towards al haq. By contrast, irresponsible people follow their whims and desires, unconcerned what the outcome may be. Allah Almighty has clarified the right way and the wrong way in the Qur’an. The choice is ours. His warning could not be more explicit, so Allah, the Judge cannot be called cruel for apportioning punishment when He warned us. If one is irresponsible, one would have to pay the consequences. Those who didn’t follow the rules cannot expect any profit. They chose not to save anything.

The scales that measure our deeds are very sensitive. They do not just weigh the deed, but the intention behind them and the impact on those around us. Therefore it is important that whatever we do is preceded by good and the impact of what we do is good.

Kufr destroys the soul of the one who denies the truth as well as being detrimental to society. It is malicious because it damages at three levels – causing personal, spiritual and social harm. It denies Allah Almighty as well as the system that He has decreed for us in His wisdom. It is thrusting our own systems forward which do not have the same degree of justice and good in them. Islam is a full system, from social etiquette to rights and responsibilities, as well as spirituality. We cannot take bits of it out of context as it will become skewed and is no longer faithful to the spirit of Islam: truth, justice and peace, and brotherhood.

We pray that our hearts open to Allah Almighty’s message so we can receive the blessings and reward and our hearts are filled with joy, peace and tranquillity. Ameen.