To Obey or Not to Obey? 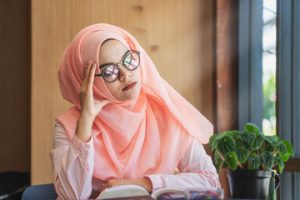 Oh you who believe, obey Allah and obey the Messenger and those of you who in authority. (And) if you differ in anything amongst yourselves, refer it to Allah and His Messenger, if you believe in Allah and in the Last Day. That is better and more suitable for final determination. (4:59)

Who are Those in Authority?

In addition, there is a third category, which is ulul hali wal aqad i.e the wise, the elders, those who have a say, parliament or Shura committees, as well as parents, teachers and to an extent (within the home) husbands.

Why We Need Obedience to Leader

Without obedience we have anarchy and rebellion.

The revelation came to a waring, tribal community. The Prophet (peace be on him) unified this fractious peninsula in their hearts and minds through one divine message of peace and justice.

Frequently we rebel against commands, whether it is our parents or other authority figures simply to assert ourselves, express our individuality for the sake of it or to show that we can. Obedience to the ruler is important for there to be peace, security, law and order, without them, we have chaos.

However, rebellion is quite a common human trait. Some of us can control our tendency to defy rules, but for others their defiance be bursting out of them and controlling them.

Society cannot run with a mass of individuals pulling in different direction, we need to have a leader and a plan to be productive, caring society. No school, house, organisation or nation can run properly if there is dissent or constant undermining of those in authority. Hence Allah Almighty made obedience to authority part of ibadah.

Obedience is a form of ibadah.

The Relationship between Obedience and Imaan

There is a conditional clause in the ayah, which is significant:

‘Refer it to Allah, IF you believe in Allah.’

Obedience is a reflection of your level of imaan in Allah and the Last Day. If you refuse to follow commands, this highlights gaps in your imaan.

The best way to resolve controversial issues is by going back to the Qur’an and Sunnah. Otherwise, your personal understanding is fallible and could lead you pursue the wrong path.

What are the Limits to Obeying Authority?

Do we have limits? Yes.

Ibn Omar (may Allah be pleased with him) reported that the Prophet (peace be on him) said:

It is obligatory upon a Muslim to listen (to the ruler) and obey whether he likes it or not, except when he is ordered to do a sinful thing; in such a case, there is no obligation to listen or to obey.’ (Bukhari and Muslim)

There is no command to behave with absolute and blind obedience to anyone.

If those in authority contradict the shariah, create conflict and harm or command sin, there it is impermissible to obey them. For example if parents command you to commit a sin or shirk, then you cannot obey them. An Arab poet once said that it is not beneficial to have no leader. And it is not beneficial / productive if the ignorant are the leaders. This may seem quite obvious, but Islamic history has had its fair share of impotent leaders as well as brutal dictators.

Abu Bakr (may Allah be pleased with him) in his inaugural speech, encapsulated the extent that the public should obey him beautifully and comprehensively when he said:

‘Obey me as long as I obey Allah, but if I disobey Allah then you shouldn’t obey me.’

We apply this principle to ourselves, so we obey authority so long as this does not contradict shariah.

The Authority of Scholars

But no, by your Lord, they will not [truly] believe until they make you, [O Muhammad], judge concerning that over which they dispute among themselves and then find within themselves no discomfort from what you have judged and submit in [full, willing] submission. (4:65)

‘The scholars are the heirs of the prophets.’ (Abu Dawood and Tirmidhi)

but they do not have the isma (infallibility) of the prophets.

How Much Obedience to Scholars is Necessary

It is obligatory to obey scholars if they proclaim something is haram or halal we are obliged to observe their fatwas, when we have a consensus.

However when we have different opinions we have flexibility to choose between them. The choice is not between your opinion and shariah, but between the rulings of scholars, as long as they are authentic and reliable, you can choose the one which works best for your circumstances. If the shaykh gives his opinion but you have doubts about it, then you can get other opinions, as it is not incumbent on you to follow the opinion. However, this is not the same as fatwa-shopping to get the answer you are seeking or that fulfils your desire.

Certain (not all) Sufi shuyukh exert an unparalleled authority over their followers. They may be people of knowledge and taqwa but in Islam we are not bound to show blind obedience and an attitude of samina wa atana (we hear and we obey) to any shaykh.

Pledging allegiance to the shaykh (baya) should be limited to awrad, (the daily recitation that he prescribes). It should not be complete obedience in every aspect of life which goes beyond prophetic guidance and is a manipulation of the followers.

For example, a shaykh cannot tell you to divorce your wife, and it is wrong when couples leaving their baby without a name for a long time, because their shaykh is away. The shaykh may believe he has this authority over his followers, and enjoy having his hands kissed and his boots polished but this exceeding his position. It is certainly good that they pull crowds which may not otherwise have existed and bring those people closer to Allah Almighty, but should not exceed their position of authority. We need moderation based on knowledge and deep understanding of the Qur’an and Sunnah.

When you feel what the shaykh is going against common sense, there is invariably a misinterpretation. For example, there is an authentic hadith saying a woman should have her husband’s permission to leave home, but this does not mean she has to beg him to leave the house and she is his slave. No!

Taking a hadith out of context changes its meaning, and this is often at the root of the cultural issues surrounding men and women’s relationships.

Many shuyukh are not qualified or trained for counselling. Knowing the Qur’an and sunnah is not enough to give marital advice.

Allah Almighty tells us that when we have a dispute we should revert back to Allah Almighty and the Messenger (peace be on him). Disagreements usually lead to bitterness and resentment.

Discussion only arises when things are unclear. With the majority of issues, such as the prohibition of alcohol – this is clear cut, there is no grey area about it.

Therefore generally the halal and haram is clear, unless we have contemporary issues which we are unclear about e.g. car finance, and housing.

And when there comes to them information about [public] security or fear, they spread it around. But if they had referred it back to the Messenger or to those of authority among them, then the ones who [can] draw correct conclusions from it would have known about it. And if not for the favour of Allah upon you and His mercy, you would have followed Satan, except for a few. (4:83)

This is referring to scholars and those who can analyse matters and derive the appropriate rulings. This ayah is very crucial in addressing ijtihad and qiyas.

It is quite common however, that lay people claim, quite arrogantly, that they can figure what is permissible and impermissible for themselves, using google or their own reasoning.

The ayah is addressing our reality. Tension and disagreements are the norm and will continue till the day we die. At every level, family to ummah, we have different thought processes, and opinions. Therefore, how do we reach resolutions to conflicts? The Prophet (peace be on him) paved the way and gave us the mechanism to resolve disputes in a strategic way. The bottom line is that our reference has to be the shariah, not our parents or our culture. Otherwise we have stormy clashes and escalating disputes.

Why we cannot deny the sunnah

Do I need a Shaykh?

How do I know who is the best teacher for me?

When Scholars and Leaders Fail

The Truth has Light. But not Fake Shaykhs