Tyrants vs the Truth

Tyrants vs the Truth

The power of the weak and the weakness of the powerful 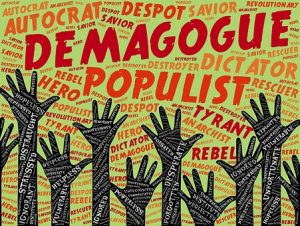 Have you not considered the one who argued with Abraham about his Lord [merely] because Allah had given him kingship? When Abraham said, ‘My Lord is the one who gives life and causes death,’ he said, ‘I give life and cause death.’ Abraham said, ‘Indeed, Allah brings up the sun from the east, so bring it up from the west.’ So the disbeliever was overwhelmed [by astonishment], and Allah does not guide the wrongdoing people. (2:58)

And his people argued with him. He said, ‘Do you argue with me about God, when He has guided me? I do not fear what you associate with Him, unless my Lord wills it. My Lord comprehends all things in knowledge. Will you not reconsider? (6:80)

The stories of the Prophets were not revealed for their entertainment value but for what we learn when we read and reflect on them.

The repeating pattern of history

In the story of Ibrahim (peace be on him) who was Allah Almighty’s representative of the truth, when he took on Nimrod, the ruler at that time, and a notorious oppressor, (as we have seen throughout history, rulers are frequently oppressors), and Allah Almighty supported him in his discussions and debates so he could provide proof upon proof, and divine words to make the truth plain. However the followers of falsehood did not like what he was saying, so they built a structure and flung him into a blazing fire.

In a debate the outcome is normally that you prove the other party wrong or you accept that they are right. Yet, oppressors are not interested in what is right or wrong, they cling to their power, and shut down any dissenting voices.  Allah Almighty protected Ibrahim (peace be on him) from harm and commanded the fire to be cool and safe, so it would not be able to harm him:

When Musa and Haroun (peace be on them) went to Firaun to deliver their message of truth with kindness and tact they too met with the resistance of the tyrant, who could not accept any opinion other than his own. In surah Ta Ha:

Pharaoh said, ‘Leave me to kill Moses, and let him appeal to his Lord. I fear he may change your religion, or spread disorder in the land.’ (40:26)

We see the same behaviour pattern again in the story of Eesa Jesus (peace be on him). When the existing power could not silence the truth, and the carrier of truth, they decided to kill him.

When the Prophet Muhammad (peace be on him) faced the same issues, the disbelievers plotted against him. They refused to hear the voice of the reason and truth, and again planned to use violence and end his life.

When the disbelievers plotted against you, to imprison you, or kill you, or expel you. They planned, and God planned, but God is the Best of planners. (8:30)

History has shown us that tyrants always resort to violence to shut down the truth.

Allah Almighty is saying be careful when you carry the truth you will be vulnerable – you may be attacked, tortured or killed. Tyrants know no bounds:

When he considers himself self sufficient (96:7)

Those who are carrying the truth need to be vigilant. They have to be prepared. They will no doubt be rewarded but in the meantime they have to be careful.

Alhamdulillah Allah is the All Just, even in this dunya if we do not receive the justice we were seeking, Allah Almighty will say on the Day of Judgement deliver justice in its best form and say ‘

On that Day, every soul will be recompensed for what it had earned. There will be no injustice on that Day. God is quick to settle accounts.40:17

There is no oppression today.’ Today everyone will receive his reward fully. And everyone who transgressed will be punished for everything they did.

We ask Allah Almighty to enable us to uphold the truth, defend the truth and die with the truth. Ameen.