The Importance of Dhikr – The Mindful Muslim

The Benefits of Dhikr 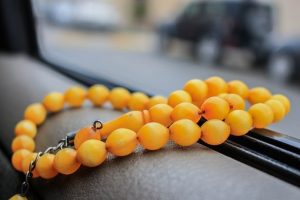 Simple dhikr is a powerful tool. Light on the tongue but heavy on the scales.

Worship does not end with the Obligations

Some students may think that as they seek knowledge they do not need to pray any of the optional prayers, nor do they need to fast optional days.  They may feel that they are not in need of these kinds of deeds. How mistaken are they from the truth?

All knowledge seekers must have their own individual programme that includes a session where they remember Allah.  It is a great shame that the students of knowledge abandon the remembrance of Allah and the acts of obedience that would draw them closer to Him as stated in the hadith that Allah loves those who supplement the obligatory with the optional.

The one who excels in his search for knowledge, but abandons the optional prayers, and loses out here and there, he cannot truly be considered a student of knowledge. He is lazy and is not giving his optional deeds its proper share of attention.

By contrast, the pious predecessors used to have great moments between them and Allah the Mighty and Majestic.   They used to have private sittings wherein they would take account of themselves, taking charge of their desires and energising their souls. And they would pray salah with the presence of Allah Almighty.

These days are like a farm, it is then unwise for one to stop planting seeds or to slacken in doing so. Allah has commanded you to remember Him on a continuous basis. The Qur’an says:

O you who believe! Celebrate the praises of Allah, and do so often; and glorify Him morning and evening. [Al-Ahzab 33.41]

Time is too valuable to have even one moment being wasted. The Messenger of Allah (peace be on him) said:

Whoever says Glory be Allah, the Magnificent and praise be to Him [Subhan Allah al-Azim wa bihamdihi] will have a palm tree for him in Paradise. [Tirmidhi]

There are two qualities or characteristics which will not be returned by any Muslim without his entering Paradise. While they are easy, those who act upon them are few. One should say: Subhanallah (Glory be to Allah) x 10 after every prayer, Alhamdulilah (Praise be to Allah) x 10 and Allahu Akbar (Allah is Most Great) x 10.

When he goes to bed, he should say:

Alhamdulilah x 33 (Praise be to Allah)

Subhanallah x 33 (Glory be to Allah)

The Messenger of Allah (peace be on him) would count them on his hand. The people asked: ’Messenger of Allah! How is it that while they are easy, those who act upon them are few?’ He replied:

The Messenger of Allah (peace be on him) also said:

‘If anyone says three times in the morning, ‘I seek refuge in Allah, the  Hearer and Knower, from the accursed devil’, and recites three verses at the end of surah al-Hashr, Allah will put in charge of him seventy thousand angels who will invoke blessings on him till the evening, and if he dies that day he will die as a martyr. If anyone says them in the evening he will be in that rank.’ (Tirmidhi)

These verses in surah Hashr contain the highest concentration of Allah Almighty’s names:

He is Allah, other than whom there is no deity, Knower of the unseen and the witnessed. He is the Entirely Merciful, the Especially Merciful.

He is Allah, other than whom there is no deity, the Sovereign, the Pure, the Perfection, the Bestower of Faith, the Overseer, the Exalted in Might, the Compeller, the Superior. Exalted is Allah above whatever they associate with Him.

He is Allah, the Creator, the Inventor, the Fashioner; to Him belong the best names. Whatever is in the heavens and earth is exalting Him. And He is the Exalted in Might, the Wise. (59:22-24)

It is binding on the student of knowledge that he concerns himself with the dhikr of Allah, those phrases of remembrance in the morning and the evening, and the dhikr that follows the five daily prayers.  So many of the students do not recite the phrases prescribed as if that is something for the common people only! Abandoning dhikr causes a man to exit his fortress.  Dhikr is a mighty fortress, whoever enters it will be safeguarded.  Abandoning dhikr, or being heedless about it, makes a man susceptible to the attacks of human devils, as well as those from the Jinn.

Dhikr – Being in a Constant State of Remembrance

Allah has bestowed a special distinction upon those who remember Him. The Prophet (peace be on him), peace be upon him, said,

‘The devotees have surpassed all.’ They asked, ‘Who are these exceptional people (Mufarridun), O Prophet (peace be on him) of Allah?’ He replied, ‘Those men and women who remember Allah unceasingly.’ [Muslim]

Dhikr – Food for the Soul

When Ibn Taymiyyah, used to pray Fajr, he would sit making dhikr until the sun rose.  He used to say:

‘This is my morning meal, if I don’t do this, I would lose my strength.’  This was his nourishment for his soul.