The Du’as that Allah is Quick to Answer

Who are the Closest to Allah?

Gifts from the Unseen to those Allah Loves 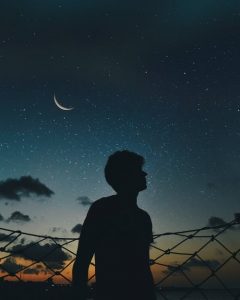 So, her Lord accepted her, a good acceptance, and made her grow, a good growth, and made Zakariyya her guardian. Whenever Zakariyya visited her at the place of worship, he found food with her. 10 He said: ‘Maryam, from where did you have this?’ She said: ‘It is from Allah. Surely, Allah gives whom He wills without measure.’ (3:37)

Who is a Wali?

A wali does not necessarily need to be hugely knowledgeable or scholarly but have a deep sense of reliance on Allah – trusting that Allah Almighty has their best interests at heart, no matter what shape their life events take and always turning to Him in salah and du’a. In particular, they seek Allah Almighty in the dead of the night and call on Him for all their needs.

A wali may not even realise that he/she is a wali. A wali could be anyone. There is no particular way they ca be recognised. And a true wali does not reveal it if he/she knows it. Awliya (plural of wali) are not for sale. There is a story about a town that was suffering from drought, and despite their prayers, no drop of rain fell. They noticed a man praying in a masjid, and asked him to pray as well. As soon as he asked for rain, it began to fall. His identity was now clear for all to know, so he asked Allah Almighty to take his soul as we went into sujood and Allah Almighty answered his du’a instantly, taking him while he was prostrated.

This is shows us that real walis do not disclose their status, so anyone claiming to be a wali, should immediately make others suspicious. It also shows us that Allah Almighty is quick to answer their du’as, and in fact He even honours their oaths. This is exemplified in the story of Ar Rubayyi bint mu’awwidh who had an altercation with her maid in which the maid lost her tooth. Legally the maid’s family was entitled to have her tooth in exchange and they refused to accept financial compensation instead. However, she was the aunt of Anas bin Malik, (a servant of the Prophet (peace be on him) and her son was one of the extremely pious companions of the Prophet (peace be on him) who was later martyred in the Battle of Badr. Her nephew swore an oath that her tooth would not be broken. The next day the maid’s family agreed to take compensation instead of his aunt’s tooth. This shows us that there are people whom Allah Almighty loves to the extent that He will honour their oaths. He protected Anas from being humiliated had his oath had been broken.

There are minor as well as major walis. Anyone who prays five times a day falls into the category of minor wali those who are particularly sincere and devout can find their statuses elevated. They have a strong connection with Allah Almighty and they do not commit major sins. Allah Almighty bestows special blessings on these people. He may even choose to give them certain miraculous proofs or special gifts, known as ‘karamah’ which are from the realm of the unseen, so that they have increased certainty in their belief. These miracles are not known as mujaza, as only prophets (peace be on them) are granted miracles called ‘mujaza’.

There are many books written about the karamat al awlia. We can believe these when they are in line with Qur’an and shariah. Anyone claiming to have any gifts that are dubious or exaggerated should be met with scepticism. An example of a true karamah is found in Surah Naml, when Sulaiman wishes to bring the throne of the Bilqis before she arrives. A jinn offers to bring it but Sulaiman rejects his offer, accepting instead the offer of a wali who brings the throne within the blink of an eye.

He said, ‘O chieftains, which one of you will bring her throne to me before they come to me submissively?’ A stalwart of the Jinn said, ‘I will bring it to you before you rise up from your place, and for this (task) I am powerful, reliable.’ Said the one who had the knowledge of the book, ‘I will bring it to you before your glance returns to you.’ So when he saw it (the throne) well placed before him, he said, ‘This is by the grace of my Lord, so that He may test me whether I am grateful or ungrateful. Whoever is grateful is grateful for his own benefit, and whoever is ungrateful, then my Lord is Need-Free, Bountiful’. (27:38-40)

In Surah Al Imran, we find Maryam sent fruits from the unseen, much to the surprise of her Uncle Zakariyya, who is himself a Prophet (peace be on him).  When he enquires how she has them, she informs him that they have been provided by Allah Almighty. She is so matter of fact, that there is no sense of surprise at all at this occurrence, as she already has a deep understanding that it everything is provided by Allah Almighty in the first place and that He is all powerful so this is ‘no big deal for Him’. Her innocent acceptance of this shows her complete lack of self-importance rather, and her total gratitude to Allah Almighty, the source of everything we have.

Allah Almighty can give anything, can grant du’as and can honour oaths to those whom He loves, even when these seem impossible to us. Through sincerity, obedience and love of Him, there is no reason why we cannot become those people who are the beloved of Allah Almighty.

How to Receive the Light of Allah

The Importance of Dhikr – The Mindful Muslim

How can we use Fatiha to cure us?

Asking for the Impossible

Is my Du’a blocked?

The Need for Speed

The Du’as Allah is quick to answer

All about the awliya’ (part 2)