The concept of gradualism – how Islamic rulings were phased in when the time was right.

The Concept of Gradualism 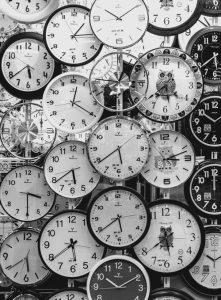 Tadarruj or gradualism is the introduction of a concept over a period of time so that it is not overwhelming in the first instance. Though we have all the rulings now, and see Islam as black and white package of halal and haram, it is worth remembering that the Quran was revealed over 23 years and the rulings were brought in bit by bit as Islam was established in the hearts and minds of its followers. This means that many things that were prohibited later, were initially accepted or at least the Shariah was silent on them. This is why it is important to understand the chronology of the verses, so that there is no hesitation in believers’ minds of what is prohibited.

A clear example of gradualism is the prohibition of alcohol which was introduced in four stages. The rulings were brought in slowly so people could become accustomed to them and build up to the next level. The final prohibition of alcohol only came after almost 20 years after the birth of Islam, once imaan was firmly rooted.

In a society where drinking was prevalent, Aisha (may Allah be pleased with her) observed that if the prohibition on alcohol been introduced overnight people would not have been able to implement it.

Aisha (may Allah be pleased with her) said,

‘The first thing that was revealed thereof was a Surah from Al-Mufassal (medium size), and in it was mentioned Paradise and the Fire. When the people embraced Islam, the Verses regarding legal halal and illegal haram things were revealed. If the first thing to be revealed was: ‘Do not drink alcoholic drinks,’ people would have said, ‘We will never leave alcoholic drinks,’ and if there had been revealed, ‘Do not commit illegal sexual intercourse, ‘they would have said, ‘We will never give up illegal sexual intercourse.’ (Bukhari)

Stages of prohibition of alcohol

Initially drinking alcohol which was common was accepted. Allah Almighty mentioned that it is a lucrative source for revenue.

And from the fruits of date-palms and grapevines, you obtain intoxicants, and good provision. Surely in this is a sign for people who understand. (16:67)

In Surah Al-Baqarah people asked about alcohol and gambling. Allah Almighty said there was some benefit (I.e the profit from sales) but also some harm in alcohol.

They ask you about intoxicants and gambling. Say, ‘There is gross sin in them, and some benefits for people, but their sinfulness outweighs their benefit.’ (2:219)

In Surah Al-Nisa’ believers were told not to pray while they were intoxicated (as they would not focus on their salah). This limited the amount of time they could drink. They were being weaned off alcohol slowly, just as any addiction is rehabilitated.

O you who believe! Do not approach the prayer while you are drunk, so that you know what you say. (4:43)

In Surah Maidah, in the 7th year of Hijra, alcohol was prohibited completely – so not a single drop could be consumed thereafter.

O you who believe! Intoxicants, gambling, idolatry, and divination are abominations of Satan’s doing. Avoid them, so that you may prosper. (5:90)

It takes strength of imaan and conviction to leave any addiction. And in the subsequent ayah, Allah Almighty gave the final warning. He reminded them of the harm, and asked emphatically  ‘Will you not stop?’ (Using the verb intaha, i.e. finish). The companions replied, ‘Bala’ i.e. yes. And they stopped.

Once it was prohibited, Allah Almighty closed the gates that lead to this haram by making it sinful to have any connection to alcohol. He was blocking all access to this sin by cursing 10 types of people as per the hadith, narrated Anas bin Malik:

The Messenger of Allah (peace be on him) cursed ten involved in wine: The one who presses it, the one who has it pressed, its drinker, its carrier, and the one it is carried to, its server, its seller, the consumption of its price, the one who purchases it and the one it was purchased for. (Tirmidhi)

This means that the haram extends beyond the sin and believer is commanded to avoid any dealings in its trade, consumption and even to not be in the vicinity where it is drunk – there is to be no contact with it under any circumstance. The word fajtanibuh (avoid) from the verb Ijtanaba is stronger than tahreem, and means don’t come near.

This is similar to the command to Adam and Eve la taqraba, do not even approach the tree (2:35), let alone eat the fruit. Allah Almighty is thus instructing believers that it is not enough to refrain from sins, but they have to actively protect themselves from the sin by keeping well clear of it. This is more than a command not to do something, it is a command not to have anything to do with it at all.

Similarly with zina (adultery), in Surah Isra Allah Almighty again says don’t even go near it, i.e do not do anything which puts you in a position that makes zina possible. Marriage is the bedrock of society. However fulfilling desire out of its bounds is a destructive force that wrecks the family structure and breaks up society. Thus Allah Almighty has defined limits for us and strictly prohibits zina.

And this is the same concept for all big sins, like riba (any interest on lending) and killing, as it is not just the act itself which is prohibited but all the things that lead to it are sinful as well.

Punishment as a deterrent

If anyone needs any further inducement not to sin, Allah Almighty adds severity to the punishment. It is a powerful deterrent. The penalty for consuming alcohol is 80 lashes. The sin of zina is 100 lashes if the person is unmarried, and if married (and the sin has been witnessed) it is stoning to death, one of the very few occasions where it is permissible to take a life.

One of the most detested sins is riba. This also carries weighty punishment in the akhirah, and similar to the consumption of alcohol is the reason for one’s dua not being answered. It is not coincidental that the three sins of consuming alcohol, engaging in zina and dealing in riba are of detriment to society. Riba creates huge inequality and upsets the free flowing economy whilst creating oppression to those in poverty and in need. Yet, riba like alcohol was well entrenched in society, so was not uprooted overnight.

Initially there is warning that usury is not pleasing to Allah Almighty, and the comparison with the profitable return on charity instead.

The usury you practice, seeking thereby to multiply people’s wealth, will not multiply with God. But what you give in charity, desiring God’s approval—these are the multipliers. (30:39)

There is a sterner warning that usury is forbidden.

And for their taking usury, although they were forbidden it; and for their consuming people’s wealth dishonestly. We have prepared for the faithless among them a painful torment. (4:161)

O you who believe! Do not feed on usury, compounded over and over, and fear God, so that you may prosper. (3:130)

Those who swallow usury will not rise, except as someone driven mad by Satan’s touch. That is because they say, ‘Commerce is like usury.’ But God has permitted commerce, and has forbidden usury. Whoever, on receiving advice from his Lord, refrains, may keep his past earnings, and his case rests with God. But whoever resumes—these are the dwellers of the Fire, wherein they will abide forever. (2:275-279)

In addition to the phasing in of what is haram, the obligations which we are so familiar with as pillars were also brought in in stages. Once tawheed monotheism had been established, salah, zakah and siyam (fasting) were brought in over time.

Initially Muslims used to fast on the day of Ashura (10th Muharram). This became optional later on, when fasting the month of Ramadan was made compulsory.

Muslims had the option to fast during the month of Ramadan if they could or to feed a poor person for every day they found it difficult. Fasting was encouraged more than feeding.

Observe Saum (fasts) for a fixed number of days, but if any of you are ill or on a journey, the same number (should be made up) from other days. And as for those who can fast with difficulty, (e.g. an old man), they have (a choice either to fast or) to feed a miskin (poor person) (for every day). But whoever does good of his own accord, it is better for him. And that you fast is better for you if only you know. (2:184]

Fasting the entire month of Ramadan only became (fard) compulsory during the second year after the Muslims migrated from Makkah to Madinah. It became an obligation for all those who had no valid excuse not to fast.

The month of Ramadan in which was revealed the Qur’an, a guidance for mankind and clear proofs for the guidance and the criterion (between right and wrong). So whoever of you sights (the crescent on the first night of) the month (of Ramadan i.e. is present at his home), he must observe Saum (fasts) that month, and whoever is ill or on a journey, the same number [of days which one did not observe Saum (fasts) must be made up] from other days. Allah intends for you ease, and He does not want to make things difficult for you. (He wants that you) must complete the same number (of days), and that you must magnify Allah [i.e. to say Takbir (Allahu Akbar; Allah is the Most Great] for having guided you so that you may be grateful to Him. (2:185)

Initially, Muslims used to pray during the night, as is mentioned in Surah Muzzamil.

The Prophet (peace be on him) would pray two rakahs in Makkah before the sun would rise and after the sunset.

The five prayers were made obligatory on during the Prophet’s (peace be on him) ascension to heaven, during Isra wal Meraj, (18 months before the the Hijra from Makkah to Madinah), but still consisted of two rakah. It was the Year of Sorrow (am al huzn) and this journey to the heavens was a consolation for him, to boost his spirits and build his trust.  It shows the consideration of human emotions in Islam.

After the migration to Madinah the cycle was increased to four rakahs for dhuhr, asr and isha.

Though the salah was only established in the form we have it today in Madinah, its importance cannot be underestimated as it is one of the most crucial acts of worship we perform and draws us close to Allah Almighty on a daily basis.

Zakah was only made obligatory after the Prophet (peace be on him) migrated to Madinah. And became an integral part of Islam to the extent that Abu Bakr (may Allah be pleased with him) declared war on any of the tribes who refused to pay it following the death of the Prophet (peace be upon him).

Allah Almighty in His mercy and wisdom did bring in the obligations or the prohibitions in one go, but staggered them over the years in accordance with the ability of the first believers to cope with the rules and regulations which would then form the deen for the rest of time and humanity.