The concept of ease in Islam 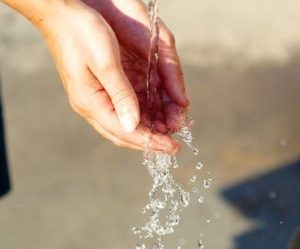 I was with the Prophet (peace be on him) during an expedition. He started to perform ablution and I was about to remove his leather socks (the khuff) when he said:

Leave them, for I put them on while I was in a state of purity (tahara) and he wiped over them. (Bukhari and Muslim).

Allah granted the gift of ease

The essence of this is all based on the concept of ‘tayseer and yusr’ making things easy.

As Allah Almighty said in the Qur’an, in many verses on this, He does not want to put us in difficulty, for example in Surah Ma’idah – Allah ﷻ tell us. Allah ﷻ wants to facilitate and make things easy for us.

O you who have believed, when you rise to [perform] prayer, wash your faces and your forearms to the elbows and wipe over your heads and wash your feet to the ankles. And if you are in a state of janabah, then purify yourselves. But if you are ill or on a journey or one of you comes from the place of relieving himself or you have contacted women and do not find water, then seek clean earth and wipe over your faces and hands with it. Allah does not intend to make difficulty for you, but He intends to purify you and complete His favour upon you that you may be grateful. (5:6)

‏ ‏Similarly we have seen this in the verses regarding siyam (fasting). In Surah Baqarah Allah Almighty mentions ease in relation to fasting:

The month of Ramadan [is that] in which was revealed the Qur’an, a guidance for the people and clear proofs of guidance and criterion. So whoever sights [the new moon of] the month, let him fast it; and whoever is ill or on a journey – then an equal number of other days. Allah intends for you ease and does not intend for you hardship and [wants] for you to complete the period and to glorify Allah for that [to] which He has guided you; and perhaps you will be grateful.

We see this concept repeating throughout the verses on salah, siyam, transactions, marital issues, political issues and so on. It is one of the main concepts in Islam.

Wiping over the khuff is related to the concept of ease. Imagine if we did not have this dispensation, what would be the implications?

The original ruling is to wash with water, we would have to apply this in every circumstance. Without the concept of tayseer and yusr in the deen if one was injured, and had a bandaged wound or a leg in a cast, one would have two options:

1) Not pray because one cannot do a complete wudu as the water will not reach the covered area of one’s hands or feet.

2) Take off the bandage or cast and do wudu five times a day.

Imagine the hardship, pain and potential harm that can result from this. Complications could ensue such as wound infections, fractures which are unable to heal properly.

Wiping over the khuff is just one example of ease, there are many other examples.

This is the sunnah of our Prophet (peace be on him). This is mainstream Islam.

The sunnah is path of moderation, the middle way, not at either extreme. One extreme is not to pray if the obligation of washing with water cannot be fulfilled and the other extreme is to uncover the feet or hands introducing difficulty and potentially harm to the body.

The sunnah is moderation, to use the dispensation which avoids difficulty or harm and maintain the prayer.

Allah Almighty used the word yusr many times. Most famously in Surah Sharh, when He said, ‘inna ma’al ‘usri yusra’:

The opposite of yusr is ‘usr, so if you are not applying the concept of yusr you are putting yourself in ‘usr.

Those who choose difficulty may say this is a higher level of piety (taqwa). No my brother, this is not taqwa! Taqwa is to follow the sunnah.

An example from the sunnah which Anas ibn Malik reported:

The Prophet came once into the mosque and saw a rope tied between two pillars. He asked why was the rope put there. People told him: ‘It is for Zainab. When she felt drowsy, she would hold on to it.’ The Prophet said: ‘This is not good. Take it away. One should pray only when one is fully alert. If one is tired then he should sit down.’  (Bukhari and Muslim)

This shows how he always directed his family and the ummah towards moderation and ease, directing us to live within our capabilities and not to go beyond them. Certainly train yourself to go up to the next level, but do not to put harm yourself or put yourself in excessive hardship.

If we study the sunnah, we see that the Prophet (peace be on him) never used the khuff twenty four hours a day, 365 days a year. For some people who claim that using the khuff is the sunnah and wear the khuff every day, I do not deny that this is out of the love of the Prophet (peace be on him) but it is an issue of how you express that love. There are some days that he used to wear them and other times he did not. He wore it about 20% of the time. To claim that the sunnah is to wear it constantly throughout the year is wrong. Thus, we can make mistakes even when applying the sunnah.

Allah does not charge a soul except [with that within] its capacity. It will have [the consequence of] what [good] it has gained, and it will bear [the consequence of] what [evil] it has earned. ‘Our Lord, do not impose blame upon us if we have forgotten or erred. Our Lord, and lay not upon us a burden like that which You laid upon those before us. Our Lord, and burden us not with that which we have no ability to bear. And pardon us; and forgive us; and have mercy upon us. You are our protector, so give us victory over the disbelieving people.’ (2:286)

Even those before us who are mentioned in this verse, Bani Israeel, were not put into difficulty because Allah Almighty wanted to put them into difficulty, but because they sought difficulty for example when they were asked to slaughter a cow.

The lesson for us; do not ask for difficulty. This is a common practice in every nation amongst those religiously inclined. There are some people in every nation who seem to like difficulty, anything easy they are not interested. They seek out complication and difficulty in their religion.