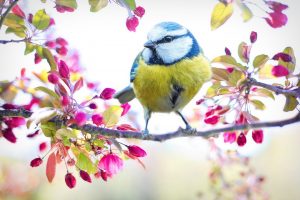 How to simplify your life and prioritise it – Part III

‘A’isha (may Allah be pleased with her) reported:

Never had the family of Muhammad (ﷺ) eaten to the fill since their, arrival in Medina with the bread of wheat for three successive nights until his (Holy Prophet’s) death. (Muslim)

The most educated and wise female companion was ‘A’isha and she taught many companions male and female, and there is a beautiful book in Arabic about her, called Al-Ijaba li-irad ma Istadrakathu ‘A’isha ‘ala al-Sahabah by Imam Zarkashi which I was fortunate to work on verifying and explaining it.

This hadith shows us that since they arrived in Madinah the family of Muhammad never ate to the full, so they didn’t have enough food and they never ate the best quality bread which was made from the top quality wheat. As three are different qualities of wheat and even bread not made of wheat, due to limited resources, the demand from the flood of poor refugees to Madinah.

We have a shortage of supply ( in the beginning of COVID-19 in the U.K.), because people have been greedy and hoarded supplies, including toilet rolls, which have become more valuable than gold and silver these days!

The Prophet (peace be on him) did not live a life of luxury, though he had plenty of wealth that passed through his hands, as he distributed everything that came, unless his wives reminded him that they had nothing. If they did not remind him, he distributed the lot. He was the most generous person, and distributed whatever he had like the wind.

Some people don’t shop unless it’s a high quality brand. There are many picky people. I once did shopping for someone who was ill and when we dropped it off for him, he asked which shop it was from. He frowned. I told him that is the same shop I buy from for myself. But he was not interested to eat it or open it.

Don’t misunderstand, we are allowed to have good quality. But sometimes it is good not to have the best quality, so you can recognise the favours of Allah and be grateful.

Having more than we need

O Allah, make for the family of Muhammad the provision which is a Kafāf sufficient. (Muslim).

However our problem is that we go beyond our needs, and try to fulfil our wants. We are consumed by our wants rather than our needs. Fulfil your needs and then focus on the akhirah. Save your wants for the akhirah.

A’isha (may Allah be pleased with her) reported:

We the family of Muhammad (ﷺ) used to spend (the whole) month in which we (did not need to) kindle the fire as (we had nothing to cook) ; we had only dates and water (to fill our bellies). (Muslim)

In the blessed home of the Prophet (peace be on him) which was next to the mosque, they did not have enough food to eat, they would spend the whole month without lighting the fire because they had nothing to cook; they only had dates and water. Contrast this to our homes, and our cupboards, which we have stocked up, and are bursting.

They had nothing to cook, means they had no meat, as meat is the core of the meal. Usually, you have soup or side dishes or appetisers with your meat. If there is no meat there is nothing to cook. They were mainly eating dates and drinking water. But even dates are not in abundance all year round, as they are seasonal. So at some times in the year, they also had a limited availability of of dates.

In one of the narrations, Al-‘Irbad bin Sariyah said that he was hungry one night with three of his friends, who were very poor, and the prophet (peace be upon him) and his companions already had eaten, so the Prophet (peace be on him) asked if any one can offer them any food, but unfortunately they have no food but few dates, they collected it and it was only 7 dates, so the the Prophet (peace be on him) put all the dates in one plate and put his hand and recited bismillah and put his barakah on them, and the three companions ate more than 50 dates each, and they were all able to eat to their fill. ( Dalail Al-Nubuwwah by Abu Nu’aim).

This did not happen on a daily basis but the Prophet (peace be on him) would do this occasionally when there was a shortage of food.

So when we read this, we see how lucky we are and how grateful we should be for everything Allah has given us. I’m pretty sure, none of us has had nothing eat but dates and water for a month.

Don’t you eat and drink according to your heart’s desire, whereas I saw that your Prophet (ﷺ) (at times) could not find even an inferior quality of the dates with which he could fill his belly? (Muslim)

Nu’man bin Bashir was a young companion from the al Khazraj tribe in Madinah. He was born in the first year of Hijra. His kunya (nickname) was Abu Abdillah, and he was the very first baby born after migration. Nu’man was 10 years old, when the Prophet (peace be on him) passed away. So how did he narrate this when he was just a young boy? Because he could hear what his uncle and aunties told him about the Prophet (peace be on him) and here he is saying la qad ra aytu, ‘I have seen’. Could he still remember everything clearly? He said yes he had seen him looking for low quality dates and unable to find them. This shows us despite his status and closeness to Allah, that he was also tested along with his companions.

Not every test is punishment

We can see from this that every test is not a punishment. Many preachers are saying this coronavirus is a punishment from Allah, but I disagree with this statement – sometimes a test is a punishment and sometimes it isn’t. Some of the companions like Mua’dh bin Jabal passed away during the plague, and other respected and renowned companions. Can we call this is a punishment? No, it isn’t! I prefer to call this virus a wakeup call. We need to take a step back and see how we can reorganise our life. How can we focus on what is important in our lives?

How can we focus on our lives

This interlude has to give us the opportunity to think deeply. Rather than shallow thinking. How can we get out of this safe and make it a new start, a new beginning, a new me and a new family? It’s not like a New Year’s resolution which many people never fulfil. It is a real thing. And really, really no one knows if they are going to make it to tomorrow, next month or Ramadan. We are in Sha’ban now, just a few weeks away from Ramadan. Let’s take this opportunity and turn it into something positive, rather than complaining and being in grumpy-mode. Let’s take this opportunity to be positive and emerge from this test as better people, better connected to Allah, better connected to our families and our neighbours.

Allah is al Qadeer, the One who made the fire cold and safe for Ibrahim (peace be on him), and we ask Him to make our test cool and safe for all of us. We ask the One who saved Ibrahim, to save us from this coronavirus and every evil. We ask Allah to purify our intentions and make our deeds purely for His sake and enable us to follow the footsteps of the Prophet (peace be on him). Now is the right time to make this commitment to Allah Almighty. Say Ya Allah, I want to improve myself and my family and my actions. Hep me. Do not let me rely on myself and do not let the dunya control me. Fill our hearts with your love and the love of the Prophet (peace be on him).

share
zuhd and riqaq. how to simplify your life and prioritise