Should the deceased from the coronavirus have ghusl or tayammum? 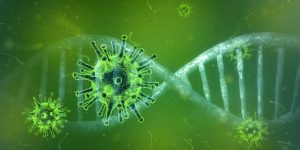 Sadly there is widespread confusion over whether to perform ghusl over those who have passed away due to the coronavirus.

As well as the distress and bereavement of losing loved members of the family and community, there is anxiety among families on the issue, and a need for clarity and assurance that the deceased are not being disrespected nor denied their funeral rights if they do not have a ghusl.

Is ghusl an obligation?

The ghusl is ordinarily considered to be an obligation (wajib or fard) according to the vast majority of opinions in our tradition. However, that obligation can be lifted and replaced by wiping (tayammum), when there are serious risk to life and health. Moreover, there is a legitimate opinion within the Maliki school that recognises ghusl as a sunnah, rather than something compulsory. I personally advise people to follow either this particular Maliki opinion; or to consider the ghusl as an obligation that is lifted due to the current situation, in order to be safe, and simply replace by tayammum.

The fard can be suspended in times of danger

During the time of the Prophet (peace be on him) he stopped the undisputed fard of Jumu’ah due to difficulty in walking through the mud and possibility of slipping. ‘Abdullah b. ‘Abbas reported that he said to the Mu’adhdhin on a rainy day:

When you have announced ‘I testify that there is no god but Allah; I testify that Muhammad is the Messenger of Allah,’ do not say: ‘Come to the prayer,’ but make this announcement: say, ‘Pray in your houses’ He (the narrator) said that the people disapproved of it.

Ibn ‘Abbas said: Are you astonished at it? He (the Holy Prophet), who is better than I, did it. Jumu’a prayer is no doubt obligatory, but I do not like that I should (force you) to come out and walk in mud and slippery ground. (Sahih Bukhari and Muslim)

Lack of knowledge about the virus

No one knows the full nature of the virus yet. The data keeps changing. First we were told it lasts for seven days on surfaces, then 17 days, and now we know it can last as long as 21. Initially we were told that one cannot be reinfected, but now we have discovered that it is possible. There is also some uncertainty about whether it is contagious through droplets or whether it can be airborne as well.

Many of those who are currently volunteering to provide this essential service are young people who are deemed low risk, however there have already been cases of young people contracting the virus and dying.

The counter arguments are that PPE (personal protective equipment) is available and that it provides adequate protection. However I would not encourage anyone to do ghusl even if we have PPE, as we cannot guarantee zero risk from getting infected during this process. In fact, the government is clear that the body should not be washed or even touched:

Since there is a small but real risk of transmission from the body of the deceased, we strongly advise that mourners should not take part in any rituals or practices that bring them into close contact with the body of an individual who has dies from or with symptoms of coronavirus for the duration of the pandemic. Given the very significant risk for vulnerable and extremely vulnerable people who come into contact with the virus, it is strongly advised that they have no contact with the body. This includes washing, preparing or dressing the body.

Risks to the people performing ghusl

Based on evidence from the histopathologist Professor Ian Roberts, there is a risk of contamination and infection from the secretions of the nasal and oral cavity of the infected corpse. COVID-19 can also contaminate the surfaces on which the body is prepared, as well as funeral equipment.

Eliminating ghusl, which entails at least 15 minutes of contact time with the body, eliminates the immediate risk of touching, as well as the likely risk of splashing, and the prolonged exposure to the virus.

In addition there is risk to the volunteers from the potential of airborne droplets from another volunteer who is not yet symptomatic. They cannot be distanced two metres from the corpse or the other volunteers.

The virus may persist on surfaces for days as well as on deceased bodies. According to some reports it can still be traced after 17 days on surfaces, and Public Health England suggest that bodies are contaminated for at least three days, as the virus decays significantly after 72 hours.

Prolonged exposure to the virus potentially increases the severity of infection.

The European Centre for Disease Control advises that unnecessary contact with bodies should be minimised, in particular bodily fluids, contaminated objects, or other contaminated environmental surfaces which come into contact with the body.

The virus is not just a threat to the elderly and vulnerable as initially thought, but can cause severe symptoms among persons of all ages, including the young. It is estimated that 37% of those who are critically ill with COVID-19 are under 60 years of age.

Doubts over efficacy and supply of PPE

Additionally, if the people performing ghusl have the PPE, it means they are using resources which could have been better used by the NHS staff who are in the front line, treating those who are still alive and more in need of this equipment. Preserving life is more important than dealing with the deceased.

Principles of the Shariah

The shariah dictates that:

Why then should we put anyone at risk when the substitute of tayammum is available?

My humble opinion is do tayammum and do not risk lives.

I would recommend that tayammum is performed over the body-bag, not over the body, because the body and even the body-bag are infected. We don’t want to risk a life for the sake of a fard kifaya or a sunnah.

The deceased would not want their death to be the cause of another’s. If one person becomes unnecessarily infected through the ghusl process and ends up critically ill or dies as a result, that is not an acceptable consequence where there is a difference of opinion among scholars on the necessity of ghusl.

Threat to our burial services

Based on the figures coming through, a very high percentage of the national deaths are Muslims. As the number of deaths rises, the burden upon our volunteers will increase, as well as the potential risk to their life. This could pose a threat to our overall burial services.

Gratitude to all those providing services to those infected

We owe it to our community to give them peace of mind about the burial of their loved ones.

We owe it to the deceased to bury them in accordance with the most appropriate means and without causing harm to others in the performance of their rights.

May Allah protect our community from this pandemic, as well as all our staff and volunteers. May Allah grant complete maghfirah and elevate our deceased from this infection, and may He grant comfort to all those who have lost loved ones to this disease.