Why Spreading Knowledge is linked to Good Character 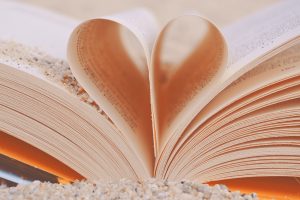 People with soft hearts and gentle natures are the ones whom Allah loves the most amongst His creation. The Messenger of Allah (peace be on him) said:

‘Allah has vessels (for Him) from among the people of the earth, and the vessels of your Lord are the hearts of His righteous servants,
and the most beloved of those vessels to Him are those which are the softest and purest.’ [Tabarani – Mu’jam al Kabir]

The teacher needs to lead by example, and for that reason he needs to possess a good character that people find appealing. The teacher should show a good example of superior morals and avoid bad behaviour in front of his students. Students are impressed by the morals of their teacher, especially since they receive knowledge from him. The teacher should emulate the prophetic character of the Messenger of Allah (peace be on him, the Qur’an states:

Indeed there is in Allah’s Messenger an excellent and fine example for you. [Al-Ahzab:33:21]

And good character starts with oneself, the teacher should make his character appealing to his own self. This is accomplished by being in the presence of Allah and having lasting observation of Allah in all the action he performs. The Messenger of Allah (peace be on him) said:

The importance of possessing good character has been stressed to a degree by Islam such that the Messenger of Allah (peace be on him) was reported to have said:

‘I was sent to perfect good character.’ [Al-Mawatta]

A teacher with good character will naturally be the best amongst the people, he would be kind and dutiful towards his students, he will be generous with his time and effort, caring for the needs of the students and he will extend in charity by greetings and smiles to receive them. The Messenger of Allah (peace be on him) said:

‘By his good character a believer will attain the degree over one who prays during the night and fasts during the day.’ [Abu Dawood]

The one who possesses good character will have ample rewards in the Hereafter, the Messenger of Allah (peace be on him) said:

‘There is nothing heavier than good character put in the scale of a believer on the Day of Resurrection. ‘ [Abu Dawood]

Today, knowledge has almost become restricted to just colleges and universities, sitting in front of the doctors and teachers for short periods of time. So the students do not take any benefit from good manners and conduct – even if those teachers have a share of it. One of the scholars who attended the gathering of Imam Ahmed said:

‘In the gatherings of Imam Ahmed, around 5,000 people or more would gather, less than 500 would write narration and the rest would learn good manners and correction from him.’

Often one can learn immensely from a teacher’s characteristics just by sitting and accompanying him. The student can learn greatly from the way the teacher sits, the manner of his speech, the way he interacts with the people and the way he goes about his daily business. Being in a teacher’s presence is in itself a great process of learning.  Imam Malik’s mother Ali’ah sent him to his first Shaykh Rabi’ah to learn, and she said; ‘Go to your Shaykh Rabi’ah and learn from his adab, before you learn from his knowledge’. And Imam Malik’s student, Abdullaah Ibn Maslamah said: ‘We used to sit with Imam Malik and take from his manners and conduct, just as we would take from his knowledge.’

Good character is amongst the most important qualities a teacher must possess in order for his students to benefit from him. Therefore it is from the good manners that the teacher is mild and forbearing in his teaching. He should beware of being harsh upon his students; he should not turn them away from the deen due to his harshness, ignorance, or other such behaviour. On the contrary, he should be mild, forbearing and patient; and be soft and pleasant in speech, so his words may have an effect upon the hearts of the student.   Allah commands the Prophet (peace be on him) in the Qur’an to call the people in a gentle manner, He Said:

‘Call to the way of your Lord with wisdom and beautiful admonition, and argue with them in ways that are best.’ [An- Nahl :16:125]

And in another verse, Allah describes what would have happened if the Prophet (peace be on him) was not gentle in his call to Allah, Allah said:

‘And by the Mercy of Allah you were able to deal gently with them. If you had been severe and harsh-hearted they would have broken away from you.’ [al-Imran: 3:159]

The noble Prophet (peace be on him)’s personality was like a magnet, attracting everyone who is nearby, simply because he was loved by the people for his gentle talk, good manners and noble deeds. As for those who are harsh-hearted, they repel the people from them even if what they call to is good.

There have been numerous cases where a teacher was amongst the best scholars in terms of knowledge, but there were only a handful of student that benefited from him as he did not possess a good character. If people do not want to be around him, and he is always criticizing everybody else, then no one will take from him. Not even his family and relatives will take from him, much less society. It is therefore not rare to find students leaving a knowledgeable teacher because he had an unpleasant character comprising of harshness and rudeness.

The teacher should speak in a voice that is pleasant, with a low but audible tone. Raising the voice is contrary to good manners. If appropriate, he should smile whilst talking to others. This will make them more receptive to what he has to say. The Messenger of Allah (peace be on him) said:

The Messenger of Allah (peace be on him) also said:

The word ‘people’ includes believers and non-believers, the pious and the wicked – all without distinction, indeed everyone has right over mercy. However, true mercy to a disbeliever or a sinner is to feel sorry for them knowing that they will suffer punishment as a consequence of their actions and efforts should be made on our part to protect them from the torments of the fire.

The students will appreciate more the call and invitation of a soft-natured person, but undue strictness will cause them to become distant, not close; and it will cause separation and not unity. It has been reported on Umar Ibn Al-Khatab that he said: