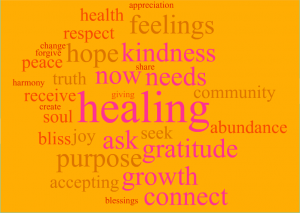 The word comes from ‘wud’ meaning deep love. Without this essential component, a marriage is a union in which the partners tolerate each other at best and hate each at worst.

You can’t live with anyone you hate. If hatred controls a marriage, it creates a generation of hatred. Hearts full of hatred are likely to be trouble makers and criminals. By contrast, where there is love, there is mercy.

‘Those who are merciful will be shown mercy by the Most Merciful. Be merciful to those on the earth and the One in the heavens will have mercy upon you.’ (Abu Dawoud).

In some scenarios marriages become battlegrounds. Not just because the couples own personalities conflicting, but because of family members, in-laws and cultural practices that go against Islam. Marriages have to be based on Islam not culture. The Prophet (peace be upon him) warns others not to interfere in marriage, particularly if they are trying to keep division between a  couple.

Jabir reported that Allah’s Messenger (peace be on him ) said:

Iblis places his throne upon water; he then sends detachments (for creating dissension) ; the nearer to him in rank are those who are most notorious in creating dissension. One of them comes and says: ‘I did so and so.’ And he says: ‘You have done nothing.’ Then one amongst them comes and says: ‘I did not spare so and so until I sowed the seed of discord between a husband and a wife.’ The Satan goes near him and says: ‘You have done well, then embraces him’. (Muslim)

Before opting for divorce, couples need to take time to cool down and think things through. Divorce should only ever be the last resort. Reconciliation is loved by Allah Almighty, and He tells us that He will facilitate it.

If a woman fears either ill-treatment or aversion from her husband it is not wrong for the husband and wife to bring about reconciliation among themselves (by compromising on their rights), for settlement is better. (4:128)

One of the companions of the Prophet (peace be on him) had a sister who was married, then divorced, and later they both wanted to get back together. Her brother was against their remarrying, but the ayah was revealed to make it clear that Allah Almighty prefers couples to reconnect than to separate. Thus ‘Islah’ – to make peace and have reconciliation, is highly encouraged. This could be done by mediators – one from each side – who have good intentions, or a ‘Qadi Sulh’ (judge).

Sometimes there is so much animosity between a couple that they go to any length to hurt each other, including using their children as pawns in their bitter war. Some make false allegations. These can have serious consequences. Allah Almighty reminds us that none of our secrets or schemes escape Him, so beware of duplicity and cruelty. We should remember the caution:

‘O My slaves, I have forbidden zulm to Myself and I have made it haraam among you, so do not wrong one another’ (Muslim).

Instead, Allah Almighty wants our relationships and even divorces to be based on marouf and ihsan (excellence), not dishonouring one another. The start and end of this kinship should be with kindness even though it is counter-intuitive to behave this way when everything has gone pear-shaped. And it is important at this time to consult each other and have ‘shura’ discussion.

Anger is a disease of the heart. The most important thing to control in anger is our tongue. While we regain control of our emotions, the best thing we can do is stay silent. We should take refuge from shaytan who is preying on us and inciting us. Instead of allowing ourselves to be provoked we can remember that the Messenger of Allah (peace be on him) said:

If any of you becomes angry and he is standing, let him sit down, so his anger will go away; if it does not go away, let him lie down. (Sunan Abu Dawoud)

Or we should leave the room.

The Prophet (peace be on him) and his wives

Throughout his marriages the Prophet (peace be on him) was exemplary in his graciousness. To the extent that Omar (may Allah be pleased with him) was dumbfounded by the amount of answering back he put up with, including from Omar’s own daughter, Hafsa. He would respect, honour, and confide in them, and accommodate them when they made mistakes.

As we all make mistakes, we need to be merciful towards one another. We need to take the example set by the Messenger of Allah (peace be on him) who said:

‘When Allah decreed the creation, he wrote in his Book with him on his Throne: My mercy prevails over my wrath.’ (Bukhari/Muslim)

The End of the Road

Marriage is a highly recommended sunnah of the Prophet (peace be on him)  who said:

Marriage is my sunnah and whoever disdains my sunnah is not from me.’ Bukhari.

We should do our best to honour the relationship. However, circumstances change and sometimes relationships hit a dead end. The marriage, which should bring comfort to both spouses, can itself become a problem. It can cause harm to the couple involved as well as those around them. If this is the case, the couple need to consider the ‘maslaha’: best interests of the whole family. There are usually three scenarios after the couple have exhausted all avenues of reconciliation.

The couple keep arguing. They suffer and their animosity affects them psychologically. It is not good for their deen, their family or themselves. In Islam, Allah  does not state that it is an unbreakable bond, nor forces them to remain married.

2- Physical separation but not divorce.

Put an end to the suffering. Divorce is the most disliked permissible thing.

Abdullah ibn Umar narrated that the Prophet (peace be on him) said:

Of all the lawful acts the most detestable to Allah is divorce. (Abu Dawoud)

It breaks the family unit but it is halal. Sometimes this release of the bond of marriage is better for the safety of children, husband and wife. They can start a new life and find a better way. Talaq means release. The woman has been released from the knot of ‘aqd’ marriage contract which is the union of two wills.

Divorce should not be the creation of a problem. It should only be a solution. Sometimes where one partner is abusive, or there is wrongdoing, an end is necessary, and divorce is that ending. Incorrectly educated people rush into talaq. A high level of divorce in a community reflects a poor quality of education about marriage and the essence of relationships.

Do not mistake staying in a bad marriage for sabr