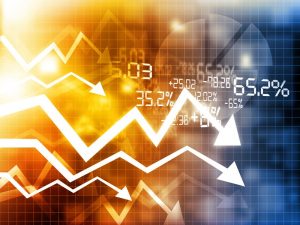 At the time the ayahs about riba and debt were revealed, people did not trust each other. There was an atmosphere not just of mistrust, but also greed and exploitation. The rich controlled wealth and money was not in free circulation. Those who needed money couldn’t easily access it.

Islam promotes the creation of a free flowing economy, in which people earn money themselves and at the same time use it to help others. People enable others to stand on their own two feet, escape dependency, get on the property ladder and support themselves and their families. In an ideal Islamic society wealth is not hoarded and people help each other in an atmosphere of trust, mercy and concern for each other.

We have the inspirational example of the ansar who welcomed the migrants after the hijra, who arrived penniless in Medina. The ansar opened their homes in an unparalleled spirit of brotherhood and offered them half of everything they owned. Abdurrahman bin Awf’s (one of the ten Companions who were guaranteed jannah) was offered the same generosity by one of the wealthiest men in Medina, Sa’d bin Rabi, but declined it politely, saying, ‘May Allah make your wealth auspicious for you! I do not need it. The greatest favour you can do me is to show me the way to the bazaar where you do shopping.’ He discovered that the market was dominated by Jews and soon established a parallel market for Muslims. He was successful and not only established himself as a well-known and respected tradesmen, but donated seven hundred camels with their loads for charity, for the sake of Allah Almighty.

Today our social and financial systems are not very far removed from those in which the ayahs of the Qur’an were revealed. Despite our seemingly complex banking systems, the reality is that 20% of the world’s population is controlling 80% of the world’s wealth. In Surah Hashr we are discouraged from having rich man’s clubs ‘In order that it may not (merely) make a circuit between the wealthy among you’. The poor remain trapped in endless cycles of poverty while the upper echelons remain cosily enveloped by luxury.

This is why the ayahs of the Qur’an are so relevant to us today!

Any system based on interest, and where no one knows what is being bought or sold, will keep collapsing. The cycle is perpetual. Yet we don’t learn from this but keep going back to ‘business as usual’.

It is not surprising that the global financial crisis of 2008 was triggered by the predatory US subprime mortgage crisis, and even the terminology surrounding this, such as ‘toxic loans’ and ‘housing bubble’ captures the poisoned spiral that the economies of the world inevitably fall into and bottomless nature of the decline caused by unjust lending.

Countries are now crippled by collective debt. Africa, despite its vast resources, has been in debt for generations and is voiceless on the world stage. Even in Europe, countries such as Ireland, Spain and Greece teeter on the brink of bankruptcy. The sad irony is that while the Allies, including Greece, wrote off half of Germany’s debts in 1953, and thereby enabled Germany to rebuild itself from the tatters of the two world wars, Germany has not returned the favour.

As countries pass on the debt to the general public, people experience economic hardship through high taxes and scarce resources. It is the new slavery – excessive national debt, high taxes and all major purchases need to be financed through interest based borrowing: mortgages, education, cars, furniture and more.

It will be interesting to see what happens as some countries have introduced a negative interest rate to stop wealth stagnating in bank accounts. In Denmark, Sweden, Switzerland and Japan, central banks have currently decided on a negative rate on commercial banks’ excess funds held on deposit at the central bank. Basically, private sector banks have to pay to park their money. By this measure people are being encouraged to invest. At a personal level, investing is a productive use of money and holistic as we help others build up their business and generate wealth that can also be given in charity or lent to others.

By contrast we have in Surah Humazah an explicit depiction of the punishment that awaits those who love to hoard money and the vivid image of how they love counting it. They are so obsessed by it they love the very touch and smell of it. Unfortunately, their wealth does not benefit anyone or even themselves.

The importance of investing can be seen again in the way the money of orphans was handled. It is more prudent to invest their money on their behalf than to keep it in an account where zakat is paid on it year after year and the capital sum shrinks by the time they come to access it.