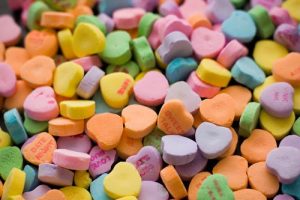 Imaan is a full package. Either you accept the package or you fall out of the fold of imaan.

This is why in Surah Baqarah we are told not to distinguish between any of the Messengers of Allah:

The Messenger has believed in what was revealed to him from his Lord, and [so have] the believers. All of them have believed in Allah and His angels and His books and His messengers, [saying], ‘We make no distinction between any of His messengers.’ And they say, ‘We hear and we obey. [We seek] Your forgiveness, our Lord, and to You is the [final] destination.’ (2:285)

We do not have the luxury to believe in some bits and reject others. This is what previous nations have done. This is what has earned Allah’s wrath. Therefore we are being told that complete imaan means accepting and believing in all prophets.

Even though the People of the Book rejected Eesa and Muhammad (peace be on them), they did not reject Allah Himself, so why did this take them out of the fold of imaan? Allah Almighty is saying that if you disbelieve in His messengers, you are denying Him, the Sender of the Message and the Prophets, so indirectly, you are not believing in Him.

We have tendency to make our own rules and follow our own opinions. However, Allah Almighty says that when it comes to religion, it is He who sets the conditions for belief and the rules. While it is us who have to say: ‘sami’na wa ata’na’ (we hear and we obey). Do not rebel. We have a tendency to rebel.

Rebellion towards Allah’s commands usually rears its head as cherry picking Islam – for instance, when it comes to riba (interest) or hijab or being truthful in business, people feel they can ignore the commands which don’t suit them. However this is not permitted, a practicing Muslim cannot be a liar in business. He has to earn his living truthfully. (Who said you can only be successful if you lie?)

A time will come when one will not care how one gains one’s money, legally or illegally. (Bukhari)

We have to accept what Allah Almighty wants from us. If someone is struggling with a command, it is preferable to say: ‘I am not there yet, I know it’s wrong but I’m trying’, rather than denying that a command is compulsory, and saying, ‘It does not say I have to do this in the Quran’. Then you are rejecting the authentic obligations which Allah Almighty revealed through the Prophet (peace be on him). This becomes an act of kufr (disbelief).

Some people try to be smart by rejecting commands under the pretext that times have changed, for instance saying riba today is different from riba at the time of the Prophet (peace be on him). Riba is riba. It was prohibited to the previous believing nations but they too tried to dodge this prohibition. No matter what justification we use, the prohibition does not disappear.

We like to put halal stickers on what is not halal to convince ourselves it is OK, but it does not change the reality. If all the specialist scholars in Shariah agree that riba (interest) is haram, then it’s haram.

Forced marriages – no matter what you call them – are haram. (They are different from arranged marriages, where you have consensus and consent from both parties. If you have no choice who you marry, that is haram.) The sticker does not change reality. When you have no choice in a contract or decision that that contract becomes haram. Allah Almighty gave you the choice, so if someone takes that away from you, it becomes haram.

Changing the deen to please others

We also tend to change the deen to please others – for example, having men and women praying side by side during Eid, (to make our deen fit in with the West) is wrong. You can’t create your own rules and call them Islam. It is your way. In fact, our religion especially salah and ibadah, is very prescriptive. Ibadah (worship) is tawqifi – divinely prescribed. You cannot tamper with it. We have to pray they way the Prophet (peace be on him) prayed.

‘Pray as you have seen me praying’ (Bukhari)

This is a very important concept, as it protects our religion from any innovation. Otherwise 10 years down the line we could play the guitar in salah because it is soothing. If you start this act of introducing novel ideas in salah and ibadah (worship) then where will the innovations end?

A’isha (may Allah be pleased with her) narrated that the Messenger of Allah (peace be upon him) said:

Whoever innovates something in this matter of ours that is not a part of it will have it rejected. (Bukhari)

Any bid’ah (innovation) is unacceptable. For example, the Prophet (peace be on him) never allowed a woman to lead the jamah or khutbah in public. She can deliver a speech or recite Quran (although some people object to this) in public, (she may even be a President) but she cannot lead the congregational salah on Jumuah.

Women’s only mosques are not from our deen. This trend of woman leading Jumuah was started by Amina Wadood and has lead to other innovations popping up like popcorn everywhere. The introduction of these innovations is often due to the maltreatment of women throughout history. Or out of misunderstanding the Quran. Most likely, it is a reaction against the oppression of women. Extreme actions breed extreme reactions. I can understand where this is coming from, but I do not agree it justifies bending Islam to make it fit a feminist agenda.

The maltreatment of women is not a justification for changing the deen. It is better to highlight the correct understanding and Prophetic approach rather than countering the wrong understanding by introducing innovations which are not in line with the spirit of the deen. To say ‘Islam is about justice and fairness’ as an excuse to put women in the front row is unacceptable. The Prophet (peace be on him) did not pray in this manner or put women in the front row.

At the same time, men’s only mosques are not from our deen. Both extremes are wrong. It is not in line with the spirit of the deen. The sunnah is in between.

The protection mechanism of the deen

An unprotected deen will become diluted and this is what our Prophet  (peace be on him) was afraid of. Pinpointing what is bid’ah is necessary as it is very crucial protection mechanism of our deen.

Labels of bid’ah are often misapplied or misunderstood. This has lead to people becoming fed up of hearing that certain practices are bid’ah. They just don’t want to know. Yet that is the fence which protects the deen from being corrupted.

The deen has been sent for our benefit. And the rules of halal and haram reflect this.

In Surah Maidah the companions asked the Prophet (peace be on him), ‘Madha uhilla lahum’ – what was halal for them. These was a major and hot topic in the community. They wanted to know what was permissible and what wasn’t, so they often asked difficult, embarrassing and intimate questions.

We have to remember that it was the time of jahiliyya, so there were no limits but cultural guides which governed their day to day life. For this reason they wanted to check everything – is this ok or not ok? How to bathe or make wudu, and conduct their relationship with their wife, children, friends. In this ayah they wanted to know what they could eat.

Uhilla means ‘what has been made halal’. The word halal used to refer to what was permissible by culture. However it was given a new dimension by the arrival of Islam after which halal has come to mean what has been permitted by shariah (Islamic Law). Shariah has redefined the word halal.

The answer to ‘what is halal’ is beautiful: Halal is what is tayyib.

Tayyib is whatever is wholesome as well as beneficial. It has been mentioned in the Quran many times. The opposite of tayyib is khabith which means evil and harmful.

The concept is that what is permissible is everything which is wholesome and good for you. Allah Almighty wants us to live a healthy life and look after our self, our body and our well being. When something is not tayyib, it is not good for you. This is why alcohol and drugs are haram because they defeat the overall message of looking after your health and well being.

If something was prohibited in the past because it was unhealthy then, is it permissible now?

Some people say that pork was harmful in the past because pigs had tapeworm, but now they are healthier they are halal to eat. No. Allah Almighty did not say I have made pig haram because it has tape-worm. He did not link the prohibition to a specific reason. However we know that whatever has been prohibited is harmful for us even though we can’t always see the direct harm. If you link the prohibition to a particular reason, then the prohibition would expire when that reason was removed. Yet, Allah Almighty did not set an expiry date on his commands. Instead he taught us to say ‘sami’na wa ata’na’ – we hear and we obey. Avoiding the haram is about having imaan and not arguing against the prohibitions. And we should not enter in to arguments with people who quibble with the commands.

The list of what is haram is not long. In fact, Allah Almighty is saying that everything is halal except the few things which are prohibited. Abiding by these is a reflection of the strength of our imaan.

We ask Allah to keep us on the straight path. Ameen

Delivered by Shaykh Haytham Tamim at the Ladies Tafseer Class