Loving the Prophet is about true following and protecting his Sunnah 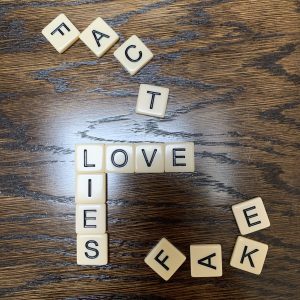 How then is it possible for us to elevate the Prophet (peace be on him) beyond this?

Anything beyond this we need to be careful and double check it’s source and meaning.

Sadly many well known hadith are in circulation which have no basis but were invented out of love for him peace be upon him.

The Sunnah is protected

The difference between Islam and other religions is its robust system of authenticating knowledge, which led to the unprecedented evolution of a vast science to ensure that hadith that are passed down generations are vetted rigorously.

For this reason, we have clear, unbroken chains of transmission documenting each saying of the Prophet (peace be on him). These provide a solid foundation and nothing can shake this.

The detailed knowledge we have of the Prophet (peace be on him) is due to the painstaking efforts of our pious predecessors scholars. Their efforts were supported by Allah Almighty who promised in Surah Hijr:

We have without doubt sent down the Message and We will assuredly guard it (from corruption). (15:9)

The Prophet (peace be on him) made a special du’a for those who preserve the Sunnah:

‘Allah illuminates a man who hears a hadith from me, preserves it carefully, and passes it on to others as he heard it.’ (Ahmad)

His du’a is specifically for those who heard it, understood and correctly conveyed the Sunnah as it is intact.

The Sunnah is protected, but this does not prevent people from trying to corrupt it or contaminate its purity. One way of doing this is by creating new hadith and forwarding them.

There will be people in the last part of my ummah who will relate to you that which neither you nor your fathers have heard, so beware of them. (Muslim).

Therefore, we should treat any hadith that seems odd with caution. The Prophet (peace be on him) predicted that the ummah would be afflicted by the dajjalun and kadhabun would be in the ummah. The dajjalun and the kadhabun are great liars and they would spread narrations that no one has ever heard before, just as we have today.

Sadly, these fake hadiths have come not from those trying to destabilise the sunnah, but those who are acting out of love for the Prophet (peace be on him). Ironically they think their made up narrations promote the Prophet (peace be on him) and by creating and spreading hadith they try and raise his status. For example, many of us are familiar with this famous so called hadith:

O Muhammad were it not for you, I would not have created the universe.

This is a fabricated hadith, as critiqued by the Muhaddithun (the great scholars of hadith), including Ibn Hajar Al-Asqalani and Mulla Ali Al-Qari.

It is akin to previous nations who altered their religious heritage over time until it become significantly distorted from its origin. The people during the time of Jahiliya (pre-Islamic times) said this was their age old custom:

And when it is said to them, ‘Follow what God has revealed,’ they say, ‘Rather, we follow what we found our parents devoted to.’ Even if Satan is calling them to the suffering of the Blaze? (31:21)

If we allow this distortion to prevail we are no different from the ignorant nations of the past.

We have to be vigilant against this, to ensure that our Sunnah remains robust and protected from inserts, changes and fabrications. The Sunnah is a fortress and we need to protect it and its principles.

Exaggerations about the Prophet (peace be on him)

When there isn’t such a narration, why create it?

Many of the people who fabricated hadith said they were not lying against the Prophet (peace be on him) but for him. This is misguided and dangerous. And some repented. The punishment for this is clear.

Salama may Allah be pleased with him narrated that the Prophet (peace be on him) said:

Whoever (intentionally) ascribes to me what I have not said then (surely) let him occupy his seat in hellfire. (Bukhari)

And in another narration the Prophet (peace be on him) said,

‘To attribute lies to me, is not equivalent to attributing lies to anyone else.’ (Muslim)

The Prophet (peace be on him) is the authority. We have to stick to the Quran and Sunnah and not invent additional sayings. While the Quran is firmly protected from any amendment. The Sunnah is enormous, it’s not easy for everyone to have access to the full Sunnah as we have access to the complete Quran. Therefore, one can try and insert a fake hadith.

The science and method of authentication

Over time, the critics of hadith (muhadithun) periodically and systematically sift through the hadith in common circulation and distinguish the authentic from the inauthentic. They have catalogued them alphabetically and published them. One of the best among these books is by Imam al Ajluni al-Jarrahi (died 1162 AH), whose huge two volume book of around 1200 pages, is called Kashf al-Khafa’ wa-Muzil al-Ilbas am ashtahara min al-ahadith ala alsinatin naas. He collected the famous hadith of his time, circulating in the books and social media of that time.

Now we have new fabrications, and in the 21st century we need to root the fake ones of our time. We have special encyclopaedias which specialise in authentication of hadith, called Kutub at Takhreej.

In some Sufi books, which are very famous, there are many hadith on loving the Prophet (peace be on him) – many are authentic, but there are also many fabricated and weak hadith. We don’t need to spread these fabricated and weak narrations. There is no necessity, when we have something better in the Quran itself and the authentic Sunnah. Why spread the culture of lies?

Allah Almighty already elevated the Prophet (peace be on him). He is not in need of any further elevation that this!

One of the fabricated narrations is that the Prophet was given the attahiyyat (salutations to the Prophet) during the Me’raj (ascension to heaven). There is no chain of transmitters for this. It is authentic that we recite attahiyyat in our salah, but there is no evidence that this came from the Prophet’s conversation (peace be on him with Allah Almighty during the Me’raj. I am sure that many scholars and people are unaware that this narration had no isnad (chain of transmission). We have to be careful.

Unless we have solid evidence that the Prophet (peace be on him) narrated something and it is authenticated we can’t repeat it or forward it.

Being cautious and critical

There is a culture among some Sufi orders that the students nod their head at whatever their Shaykh says and follow it blindly. This is wrong. The example of the Prophet (peace be on him) endorses verifying what you are learning. His teaching and Sunnah are contrary to this blind obedience to one’s shaykh. We see this in the astonishing but beautiful occasion when a Bedouin came to the Prophet (peace be on him) and probed him if what he had heard was true, the Prophet’s reply was not ‘How dare you ask such a question’ instead he replied to his queries

It is reported on the authority of Anas b. Malik that he said:

By Him Who created the heaven and created the earth and raised mountains thereupon, has Allah (in fact) sent you? He (the Holy Prophet) said: Yes.

The Prophet (peace be on him) approved the Bedouin’s double checking by answering his questions and not shutting him down. Blind obedience to any shaykh is not in line with our deen. We have the two extremes of Sufism and Salafism but the truth is in the middle.

Can we accept weak and fabricated hadith

As a general rule if you come across a weak hadith, do not believe it is authentic. Don’t treat it as authentic. Imam Nawawi said acceptance of weak hadith has three conditions  – otherwise we cannot accept it: it should be inline with a general principle, it should not be very weak, and we don’t believe it’s authentic.

And we do not accept weak hadith in matters of belief (aqeedah).

There are two branches relating to hadith. The first is Hadith Riwaya is the transmission of hadith by narrating  and receiving hadith. The scholar listens, collects and narrates. The second is Hadith Diraya which is the critique of the hadith. The top scholars critique hadith. They have special books in which they keep the biographies of all the narrators known as asma’ al rijaal. They screen every single narrator, going into the details of their life- where and when they travelled, whom they met, where and how they lived. They check for inconsistencies in the chain, such as a narrator claiming he heard a narration from a shaykh, whom he could not have met. For example, if he was in Yemen and the Shaykh was in Aleppo. They are tested for their memory and dignity. The sciences of the Sunnah are very detailed and thorough. It is in good hands.

The reason behind a weakness might be the narrators memory became weak or he could be a liar. An authentic hadith should have different roots. In other words, it must have been narrated by several narrators. When there are several narrators who said similar things, then the weakness in one of them is covered by the others. But if there are only two and they are both weak then we can’t take them that seriously. It’s a science.

There are some hadith which might be listed as weak in one place but good in another – this might be an honest mistake or might be because the muhadith (scholar of hadith) initially thought it was weak and labelled it but later found more evidences and concluded that it was good and changed his mind.

We also need to be careful as there are weak hadith in famous books, such as in Ghazali’s Ihya Ulumudeen. He was certainly a great scholar, but his speciality was not the science of hadith. All scholars are not specialised in all Islamic sciences. However the hadith in his book have been vetted by Iraqi and Zabidi who went though them and pointed out which were defective and which are authentic, so if you are reading Ghazali, make sure you read the edition with their commentaries.

It is not justifiable or necessary to spread lies about the Prophet (peace be on him) out of our love for him.

How to avoid being in a Fake news chain