Allah is Beautiful and loves Beauty 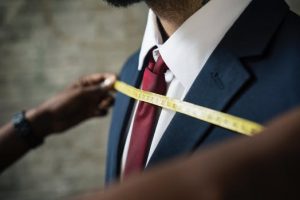 ‘The Messenger of Allah (peace be on him) came to visit us, and saw a man who was wearing dirty clothes. He said, ‘Could this person not find anything with which to wash his clothes?’’ [Ahmed]

In another hadith, the Messenger of Allah (peace be on him) likened uncombed and unkempt hair to the appearance of the Shay’tan. Ata’ ibn Yassar, who said:

The Prophet (peace be on him)’s likening a man with untidy hair to the Shay’tan clearly shows how concerned Islam is with a neat and pleasant appearance, and how opposed it is to scruffiness and ugliness.

A good appearance is an indication of how well he understands himself, his Islamic identity, and his mission in life. A person who has a pure soul cares about wearing clean clothes, a wise person said:

‘When one’s garment becomes soiled, his soul will follow suit.’

The outward appearance of a person cannot be separated from his inner nature: a neat, tidy and clean exterior reflects a noble and decent inner character, both of which go to make up the character of the true Muslim.

The Messenger of Allah (peace be on him) was the epitome of asceticism and humility, he used to dress in decent clothes and present a pleasant appearance to his family and companions. He regarded dressing well and looking good to be a demonstration of the Blessings of Allah. A’isha narrated:

A group of the Companions of the Prophet (peace be on him) were waiting at the door for him, so he prepared to go out to meet them. There was a vessel of water in the house, and he peered into it, smoothing his beard and his hair. I asked him, ‘O Messenger of Allah, even you do this?’ He said, ‘Yes, when a man goes out to meet his brothers, let him prepare himself properly, for Allah is beautiful and loves beauty.’’ [Ahmed]

Islam wants its followers, and especially its advocates, to stand out in gatherings in an attractive fashion, not to appear unsightly or unbearable. This is the understanding that was adopted by the Companions, the followers and the scholars of the past used to wear the best of their clothes and perfume when delivering their circle. The Messenger of Allah (peace be on him) said:

‘Wear from your garments those that are white, because they are from the best of your garments.’ [Abu Dawood]

Imam Abu Hanifah always took care to dress well and to ensure that he smelled clean and fresh, and urged others to do likewise. One day he met a man who used to attend his circle, who was dressed in scruffy clothes. He took him to one side and offered him a thousand dirhams with which to smarten himself up. The man told him:

‘I have money; I do not need this.’ Abu Hanifah admonished him: ‘Have you not heard the hadith, `Allah loves to see the signs of His gifts on His servant?’ So you have to change yourself, and not appear offensive to your friend.’

Similarly, it was reported that, when Imam Malik used to deliver his circles, his appearance used to shine from his clothes and his face. Abdul Fattah Abu Ghuddah (a prominent scholar of our time and one of Shaykh Haytham Tamim’s teachers) was described by his student as:

‘His appearance was not less important for him despite his extreme humbleness. You could not find a fault with his trimmed and combed beard and moustache, clipped nails, crisp clean clothes and spotless shining shoes. When you approach him, you enjoy the fragrance of his favourite perfume.’

Islam encourages people to take care of their outward appearance within the Islamic ideal of moderation, avoiding the extremes of either exaggeration or negligence. Islam being the balance way of life calls people to be balanced. It does not want people to wear shabby clothes nor does it want people to be extravagant in their appearance. On a general footing, one should dress well as long as this taking care of one’s appearance does not go to extremes, then this is part of the beauty that Allah has allowed for His servants and encouraged them to adopt.

The smart Muslim is one who strikes a balance between his external appearance and internal nature. He understands that he is composed of a body, a mind and a soul, and gives each the attention it deserves, without exaggerating in one aspect to the detriment of others.

Naturally, those who call people to Allah should be better and smarter in appearance than others, so that they will be better able to attract people and make their message reach their hearts. Therefore, the teacher should wear perfume regularly to bring pleasure to himself and those around him. The students are attracted or repulsed by what they see, and the teacher who looks good in clean clothes, smiling nice, he will be pleasant to look at and students will be attracted to him and enjoy his presence, his fragrance in his speech and in his clothes. If he is the opposite, the student will look down on him even if he was a scholar.