Is My Du’a Blocked? Analysing Why Your Du’a is Not Being Answered

What Causes Du’as to be Rejected? 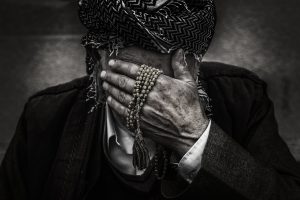 When people are afflicted naturally they turn to Allah Almighty for relief. Some times that relief is not granted. I am frequently asked: How do I know if I am being tested or punished? The answer to this question lies with you. You need to analyse why an affliction is not being removed, even though you are suffering and praying so much. Could it be that you are displeasing Allah and He is giving you the chance to turn back to Him?

In the famous hadith, the Prophet (peace be on him) showed us the example of the man who had not applied Allah Almighty’s command to ensure that his food/wealth were lawful:

O you who believe! Eat of the lawful things that We have provided you. [2:172]

Then he (peace be on him) mentioned [the case] of a man who, having journeyed far, is dishevelled and dusty, and who spreads out his hands to the sky saying ‘O Lord! O Lord!,’ while his food is haram (unlawful), his drink is haram, his clothing is haram, and he has been nourished with haram, so how can [his supplication] be answered? (Muslim)

In this hadith, the man is fulfilling all the external conditions for his du’a to be answered but there is something fundamentally wrong which is blocking his supplication.

Even though he is travelling, penniless, humble, raising his hands to the sky, in the direction of du’a, he is calling upon his Lord ‘Ya Rab’, showing his needs, confirming and acknowledging his faith, he appears to have all the requirements of acceptance, his du’a is rejected. Why?

Allah Almighty does not accept the supplication of the one who is consuming haram whether it is his  food, drink, or his source of his income.

Sadly these days, many people are not even aware that their income is not halal. In their own eyes, they are not sinners. They may be fulfilling the requirements of their deen, praying, fasting, giving in charity; they may be devout and sincere, striving to do their best, helping others, being good people, yet they may not realise that there is a very serious issue with what they are consuming.

This is why it is even more important to take a step back and reflect carefully upon ourselves and enquire if there is a reason why our du’a is not being answered. And in particular, the cause could be the riba (interest) in our lives, which we do not even realise we are consuming.

The Clear Prohibition of Riba

O you who have believed, do not consume usury, doubled and multiplied, but fear Allah that you may be successful. (3:130)

Allah Almighty prohibited interest in all forms. The Prophet (peace be on him) in his Farewell Sermon, confirmed the prohibition of riba.

The Sin that Crept in and Became a Norm

As the banking industry has been providing lucrative careers, attracting some of the best minds and moping up the well educated young graduates in our society, the attached aspirational lifestyle has created a screen of respectability for it.

In addition, as the financial sector has become ever more sophisticated, the sense that some scholars are somehow out of tune with reality and unable to grasp the intricacies of the technology and the transactions that are taking place, the judgement of scholars has been devalued, to the extent that lay people think they are better judges of what is halal and haram.

As a result, there is a prevalence in the view that interest in the bank is not riba (usury) and that usury is only a term applicable to extortionate levels of interest. This widespread acceptance of interest as a source of investment and savings, and as a career choice has meant that we have reached a stage where the dust of riba now touches almost all of us.

There will come a time when you will not be able to find a single person in the world who will not be consuming riba. And if anyone claims that he is not consuming riba then surely the dust of riba will reach him. (Abu Dawood)

Can We Deny the Prohibition of Riba?

When someone denies the prohibition of riba, it is worth probing how they came to that conclusion? Which religious authority announced this? What research did they do to arrive at this idea? Was it Google, or a family friend or a relative that said it was acceptable? And was that really sufficient to override the clear ayahs of the Qur’an to the contrary?

I usually ask, when you have a tooth ache where do you go? Do you go to the corner shop or the plumber or the dentist?

We may think we are being smart if go to the corner shop, or try to fix it by our self. Yet, we all know what the result will be. At times, we think we are dentists and we know what to do and how to fix the pain. But we don’t.

The knowledge of the rulings of Islam (fiqh) is a speciality. Like anything in life we need to respect the speciality.

Yet, when it comes to Islam, everyone thinks they are a specialist.

This means that there are people who are specialised in Islamic knowledge and those who are not.

So we should seek clarification from the trustworthy and knowledgeable scholars – bearing in mind, that not all Qur’an teachers are specialists in fiqh (Islamic legal rulings). Islamic financial transactions is a speciality as well.

What is the Definition of Riba?

In the opinion of Islamic scholars throughout the Muslim world, 99.9% of the scholars of the ummah since banks were created and interest was applied have ruled that the interest added in banks (whether it is 0.01% or 100%) is prohibited interest.

Apart from a minority of opinions – perhaps only 3 famous scholars in our current history (of which two have now passed away and changed their opinion before death) ruled that bank interest is not riba and is therefore not prohibited. These are 3 anomalous opinions out of thousands over the centuries.

So are you really satisfied that this opinion is correct or is the reality that you would prefer that opinion to be correct?

Be careful not to justify your whims and desires and reject the majority opinion of the scholars of the ummah.

Is Riba Permissible because We Live in a Non-Muslim Country?

Some say that times have changed since the time of the Prophet (peace be on him) or that we are living in a non-Muslim country so riba is permissible.

This is an odd opinion. Where is there an Islamic country today?

Interest is riba and Allah Almighty has told us that interest is not like the profit in trade, which is halal.

Money is not a commodity in itself and it is impermissible to generate profit from the medium of exchange itself.

…Allah has permitted trade and has forbidden riba. (2:275)

The rulings of the Qur’an cannot be changed to suit our desires under the pretext that we are now in the modern world or living in the West. There are areas where we need new rulings, such as developments that did not exist then, for example cryptocurrency, however as far as interest is concerned, its prohibition is not a changeable ruling.

The Severity of the Sin

One cannot underestimate the repercussions of riba, which is a major sin and therefore requires tawbah to be forgiven. Riba is a sin that is so disliked that Allah Almighty has waged war against it:

O you who believe, fear Allah and give up what remains of your demand for riba, if you are indeed believers. If you do it not, take notice of war from Allah and His Messenger. (2:278-9)

The Almighty declared war on only two categories of people:

You cannot win in a battle where Allah the All Powerful is your opponent.

As we are now living in a time when the dust of riba affects us all, and indeed the number of diseases we have affecting our ability to consume and digest has rocketed at the same time, we need to be vigilant about the effects of riba on ourselves and our families.

If you acquire your income from a haram source, then you are responsible for consequences that to yourself and your family. You are feeding yourself and your children from riba. This can adversely affect your health.

I am not suggesting that everyone who has health problems is consuming riba. But reflect and protect yourself and your children from the affects of riba. The barakah will be withdrawn from your life. Try your best to avoid it. Remove the riba from your saving account and give it to a faqir poor and needy without telling him it is from riba, and do not expect any reward for this, because it is Haram money not charity.

Even though society has made riba seem acceptable, in the same way, the LGBT movement is trying to normalise their lifestyle choices, there is no justification for riba for those who seek the akhirah.

For barakah in our lives and reward in the hereafter, we need taqwa of Allah Almighty:

The only saying of the faithful believers when they are called to Allah (His Words- the Qur’an) and His Messenger, to judge between them, is that they say: ‘We hear and we obey.’ And such are the successful (who will live forever in Paradise). (24:51)

the response to the du’a may take different forms: He may fulfil the du’a, or ward off some harm that was coming to you, because of your du’a, or He could enable you to attain something good,  or He could save your du’a with Him and reward you for it on the Day of Resurrection when you will be in most need of it.

Be careful not inadvertently block your own supplications by displeasing Him and then wondering why He did not respond to you. Reflect deeply and honestly on yourself and find out if you yourself might be preventing your du’a being answered. Though it may be painful to go through this reflection, it could be the means for the floodgates of blessings opening for you.

The Power of Du’a. Asking for the Impossible