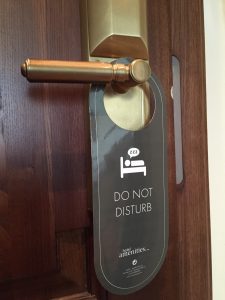 ‘Your women are a tilth for you, so go into your tilth when you like, and do good beforehand for yourselves; and fear Allah, and know that you are to meet Him, and give good news to the believers.’ (2:223)

The Essence of Marriage

‘And of His signs is that He created for you from yourselves mates that you may find tranquillity in them; and He placed between you affection and mercy. Indeed in that are signs for a people who give thought.’ (30:21)

Allah Almighty Almighty tells us that marriage is not about rights and obligations. A good marriage is built on a foundation of tranquillity (saqeena), love (mawadda) and mercy (rahma) between a couple.

An atmosphere of harmony is created by mutual respect, trust and understanding. The relationship provides a source of comfort for both spouses.

As our physical bodies have been created from matter and our heart, mind and soul come from the spirit, we have physical needs as well as emotional needs. Both have to be looked after.

Allah Almighty Almighty has created desire within us and He has given us an outlet for it through marriage. Within marriage it is a source of good, which brings closeness and strengthens the marital bond. However fulfilling desire out of its bounds is a destructive force that wrecks the family structure and breaks up society. Thus Allah Almighty Almighty has defined limits for us and strictly prohibits zina (physical intimacy outside of marriage).

As marriage allows us to fulfil our nature in a balanced way and is the bedrock of society, Islam promotes this institution, but disapproves of celibacy (rabbaniyyah) as it goes against our nature. Allah Almighty Almighty has said,

‘They created it (celibacy). We have not prescribed it.’

The Sanctity of the Womb

‘O mankind! Be careful of your duty to your Lord Who created you from a single soul and from it created its mate and from those two has spread abroad a multitude of men and women. Be careful of your duty toward Allah Almighty (literally have taqwa of Allah) in Whom you claim (your rights) of one another, and toward the wombs (that bore you). Lo! Allah Almighty has been a Watcher over you.’ (4:1)

It is no coincidence that the word for womb (rahim) sounds like and Allah’s name Ar-Raheem and its origin is from the same root word meaning ‘mercy’. In a hadith qudsi, Allah Almighty has mentioned,

‘I have created a similar name from My name (i.e. Ar Raheem) for existence (referring to the Rahim – the womb, the means of procreation and establishing relationships).’

Just as Allah Almighty nourishes and sustains all existence, He created the womb as the place that nourishes the early stages of life.

Here Allah Almighty sets out for us the sanctity of the womb. Just as we are asked to show obedience (taqwa) to Allah Almighty, we are expected to show respect to the focal point of human existence.

In Islam having clear family units and protecting lineage is key, and the rights of the children depend on their knowing without doubt who their parents are. If a woman has multiple sexual partners, determining the father of a child can become ambiguous. There is an obfuscation of lineage.

The Prophet (peace be on him) said in this regard, ‘Takhayyaru litunaffikum!’ meaning, literally, be selective with your sperm. We should therefore be careful as to whom we choose as husband or wife. While the upbringing stems mainly from the mother, leadership and direction come mainly from the father. The selection of a good spouse is vitally important.

Further evidence for vaginal intercourse derives from the Sunnah of our blessed Prophet (peace be on him). From the reasons behind the revelation of these verses- the asbab an- nuzul, it has been related that the people of Makkah would engage in different sexual positions. On arriving in Madinah, it transpired that the people were following the predominant Jewish belief at the time of assuming just one sexual position. They believed that entering the female vagina from behind would result in cross-eyed offspring. The intermarriage of the Ansar and the Muhajireen therefore raised this discrepancy. ‘Omar (may Allah be pleased with him) approached the Prophet (peace be on him) and confessed that he had done something wrong – he had approached his wife vaginally from behind. The Quranic revelation came in response to clarify that any position would be acceptable provided the entry is through the vagina.

‘Cursed is the one who approaches his wife in her rectum’. (Imam Ahmad)

It is the media and popular culture that are corrupting our relationships. According to an Arab tradition, if a man approaches his wife from the anus, this results in divorce. This, of course, is an act requiring sincere repentance, but the implied outcome is misconstrued. The Qur’an and Sunnah determine balance and self-control in our relationships, founded upon the principle of taqwa– obedience to Allah Almighty, not to our whims and desires.

As for the subject of oral sex, this is disagreed upon by the scholars.  While it has been prevalent for a long time, it is up to individual couples to decide, the key matter here being avoidance of ingesting impurity/ najasa (sexual fluids, etc.)

Regarding the minimum age of consent, there is no sex outside of marriage. Thus, the minimum age of marriage entails that the spouses have attained puberty and are mukallaf- accountable. Theoretically, marriage would become allowed, but there are many realistic practicalities that need to be met, such as the ability to provide, to be able to assume the duties of a wife. These skills are contextual and depend upon cultural norms and societal infrastructure. ‘Urf’ meaning customs, is one of the additional sources of rulings. In our time and place, the minimum age for marriage would be considered 18 years and this is the limit accepted in the Shariah courts.

7 tips to make a marriage work

The Law of Ila

Intimacy during a woman’s cycle