In what ways does knowledge set people apart? 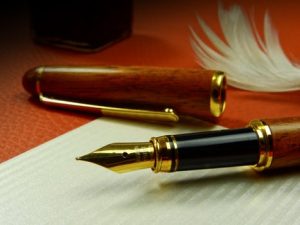 True knowledge leads to insight which in turn raises our rank in the eyes of Allah and confers a level of responsibility and leadership. Not everyone, however, who acquires knowledge attains this level. A closer examination reveals what differentiates the ranks of those who seek knowledge.

Above every possessor of knowledge there is one who knows more and the One who knows all. When the Angels were gathered and Allah said to them:

‘Tell Me the names of these things if you are truthful.’ The Angels replied, ‘Glory be to You, we have no knowledge except what You have taught us: indeed You are the One who is perfect in knowledge and wisdom.’

The angels have no knowledge other than what Allah has taught them. Allah is the All Knower and All Wise. He is indeed the source of all knowledge, He possesses the knowledge of the past, present and the future, He has the knowledge of both the seen and the unseen worlds. His knowledge is absolute such that not even a single leaf falls but with His permission.

Allah has taught man the art of speech and communication. He has given man the mental faculty to understand His divine speech, thus guiding man and teaching him knowledge. Allah says in the Qur’an

He has taught you which you knew not.

Muhammad the son of Abdullah , sought guidance by isolating himself in the mountains, and Allah sent down on him the Qur’an, making him the Messenger of Allah (peace be on him). He taught him the Qur’an of which he had no prior knowledge. Seek knowledge and be sincere, Allah will teach you as He taught many before. Act on what you know, and Allah will teach you what you do not know.

You learn something new everyday. Who is it that enables and facilitates for you your learning? So every time you learn something new in regards to Islam or any other beneficial knowledge, you should praise Allah for teaching you, enabling you to gain access to it and giving you the faculty to understand it.

Allah the Exalted has said:

Say, are those who know equal to those who do not know?

Allah is posing the question, and He has left it open and unanswered for the people of understanding to draw their own conclusion.

At first glance, this verse is incomplete as it has the object missing to formulate a full sentence: ‘Those who know’ what?

The ‘what’ (could be history, science, arts, technology, religion, politics…), had the subject been mentioned, it would restrict the meaning to just that. And hence the knowledge of specifics is deliberately left out by Allah through His infinite wisdom; and therefore, the object is left open to cover all beneficial knowledge and sciences.

Discovered knowledge is beneficial only if it can be used to serve the purpose of benefiting the society. Knowledge learned for the sake of knowledge is mere information. This information was previously in books or the internet has now been committed to memory. The one who has knowledge, he has a greater understanding of what is expected of him and there more responsibilities.

This brings us to the second point, Allah has left the question open for us to be the judge. ‘Are those who know equal to those who do not know?’ The answer is straightforward enough but when you see someone with knowledge acting like someone who is ignorant, then he has no real knowledge. Otherwise you would have seen a marked difference in his behaviour. Often, Allah in the Qur’an describes the disbelievers as:

Deaf, dumb, and blind, they will never return to the Right Way

In reality they are neither deaf, dumb or blind as they have eyes, they have ears and the have intellect but Allah regards them as people who have none of this senses. This is because they have these faculties and senses but their senses are not leading to the truth, that Allah is their Creator and Sustainer of everything that they require for their existence.

A similar line of reasoning can be drawn from this verse to ‘Are those who know equal to those who do not know?’ From a negative perspective; if someone has knowledge and he is not acting on that knowledge, Allah will treat him as the ignorant person and sometimes worse. If you have knowledge and you are not utilising it, Allah will hold it against you as you were made aware whilst the ignorant person was unaware.

‘Indeed the most excellent of actions after the obligatory duties is seeking knowledge.’

The excellence of knowledge is better than the excellence of extra and optional worship. This is because the benefit of knowledge is general, it benefits its possessor and it benefits the rest of the people as well. Whereas the benefit of worship is particular to the individual who performs the worship. With the scholar, his benefit and knowledge remains after his death, whereas worship is cut off from him at his death.

Knowledge is what sets people apart, ideally the people of knowledge should be the pioneers, they should be at the forefront of everything worthy. They cannot stay behind the common people and be passive. Their knowledge makes them be responsible and lead people. Their leadership is with ranks and degree, joined with greater or less responsibility depending on their true knowledge and insight

Allah Almighty states in the Qur’an that people are in different levels and ranks in dun’ya and in the Hereafter. Allah has said:

‘Allah may raise those among you who believe, and those who have been given knowledge, by ranks.’

Disbelief is in the lowest level; there is nothing worse than disbelief. One must stress that there is a difference between one who disbelieves and one who is unaware. The disbeliever is the one who is actively rejecting the signs of Allah after being made aware of them. The one who is unaware, is simply ignorant, and it is the responsibility of those who know to teach those who do not.

Allah raises people who attain faith from amongst the people who were in a state of ignorance. There can be no blind following in regards to faith; it must be done on an individual basis and on a conscious level.

Attaining faith requires one to question his existence, identify his purpose and determine his destiny. It then necessitates one to exert and strive himself to find the answers to these question. It is the knowledge and this enlightenment that follows, and the subsequent faith he attains thereafter which raises him from being a person who was unaware to a person who believes. A person becomes a Muslim when he bears to the truth that ‘there is nothing worthy of being worshipped except for the Almighty God’. This is the ultimate truth, for any sincere person who takes an account of the world they live in would see this fact as clear as the morning dawn. Allah says in the Qur’an:

To Allah belongs the East and the West, so wherever you turn, there is the face of your Lord.

Ultimately everything in this world has a potential to lead someone to this very fact. If however, they turn their back after receiving this knowledge, then they are the disbelievers.  Allah says in the Qur’an about the disbeliever and their abode for turning away from the signs:

No, the fact is that My Signs came to you, but you denied them and were arrogant and were one of the unbelievers.’ On the Day of Resurrection you will see those who lied about Allah with their faces blackened. Do not the arrogant have a dwelling place in Hell?

Faith makes people equal in front of Allah. All Muslims share a common rank; the level of Imaan. However there are further levels of those who have attained faith. These levels and ranks depend on true knowledge and the insight a person has. Therefore it follows, the more one gains knowledge, and implements what he knows, the greater is his rank in the eyes of Allah.