How to Nurture Students

How to Get the Best from Students 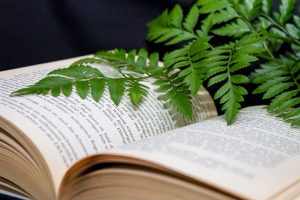 Islam has placed a burden of responsibility on the shoulder of all people, from none may be excused. The Prophet (peace be on him) of Allah said:

A teacher is the leader of his students; it is his responsibility to guide his flock to the safety of the Hereafter. The Messenger of Allah (peace be on him) was conscientious of his people, always asking and inquiring about his companions when they were absent from his gathering.

Apart from having an excellent character and praiseworthy conduct, being patient and inviting to patience, the teacher should strive in spreading goodness to his students and help them keep away from falsehood. The students are like small plants that grow in the garden of the scholar. So the gardener is pleased when he sees a plant develop from a seed, nurtured through with love and care. It is befitting of the teacher to look towards the students with an eye of love that he surrounds them with his desire for good for them, and surrounds them with care for them so that they grow upright in manners, conduct and knowledge. At the same time the teacher should supplicate for the guidance of his student, saying:

‘O Allah! Guide him, and grant him the ability to accept the truth.’

Being Gentle and Kind

The teacher must be gentle with the one who takes knowledge from him. He should welcome him graciously and be kind to him, according to that person’s state of being. He must always offer him sincere advice, for indeed, the Messenger of Allah (peace be on him) said:

‘The Religion is sincerity (advising): to Allah, His Book, His Messenger, the Muslim leaders and their common folk.’

The teacher must be gentle and compassionate with the one that seeks knowledge from him, and he must look after his needs, just as he looks after the needs of his own child or his own self.

He must be humble in the presence of those that frequently come to him and learn from him. And he should not feel jealous of any of his students, if one of them begins to display proficiency in the subject matter being studied. How can he be jealous, especially of the student, who holds the status of a child in front of him?

He must give to each one of his students, according to what is befitting to them, individually. Thus he should not exceed with one that doesn’t show that he wants to go a step further nor should he undercut from one that wants to progress.

Finally the teacher should empower the students with self belief and self importance. When he delivers a lecture, he does not say ‘if you were to read such and such chapter in the Qur’an you will find it says’, rather he says ‘all of you know that Allah Almighty mentions in the Qur’an about such and such’.

The first statement excludes the students who have not read that particular chapter but the second statement includes everyone; the students will react better to positive words of encouragement. Is it not so that we become most quickly the person we think we are?

The teacher should make the student feel important so that one day they could be important. That is the way of the teacher. This power of importance they draw from the teacher is really the power of possibility.