How to Make the Best Use of Time

Time isn’t money. Time is more than that… 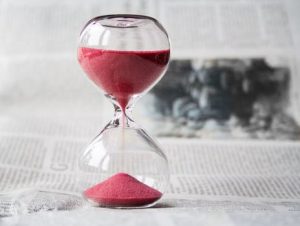 Time is money in the West.

From an Islamic perspective, time is life.

Time is the substance of life, the sphere in which man exists, the fortress of his spirit. Life is more valuable than money. With every passing second and every passing breath, we are losing our life. It is more precious than any money we can earn, when our time is over, we leave all the wealth behind.

This life passes faster than the passing clouds and it determines one’s eternal residence, a life of eternal pleasure or a life of severe torment.

Time is one of Allah Almighty’s creations, such is its importance to man that He vows by time in many places in the Qur’an:

By the dawn and ten nights.

By the morning hours, and the night when it is silent.

By the time man is in loss.

Allah Almighty takes an oath by time to assert that all mankind is in loss except those who believe and do righteous deeds.

So many people are trying to kill time, yet this is not a legitimate purpose, for time is life, and killing time is killing life! Hence those who spend a long time in being entertained, or idle chatting are not working for a purpose that satisfies the mind nor their soul, rather, they out seeking to kill time, as if time was one of their enemies. The Messenger of Allah (peace be on him) said:

‘There are two blessing which many people lose: health and free time for doing good.’ [Bukhari]

It is important to note from the hadith that ‘many people lose’ implies most people do not value the preciousness of time and only a minority of people do.

Make the most of your youth and your whole life by learning. Do not be deceived by procrastination and wishful thinking about the future. Every hour of your life that passes cannot be replaced. Do away with whatever you can of distractions and obstacles which prevent you from striving your utmost to attain knowledge. A poet once said:

‘What has passed has gone,

what is anticipated is unknown,

And you have but the hour in which you are living’

When time passes, it cannot be regained back, for time that follows it has it own accompanying obligations and opportunities. Having regret over lost time is another loss; busying oneself with the regret over time lost in the past is in fact wasting the present time. Imam Shafi’i said:

‘Time is like a sword, if you do not slay it, it slays you. And keep your soul occupied by what is good, otherwise it will keep you occupied with what is evil.’

The best use of time and the best way to draw closer to Allah is seeking knowledge. Even if the only immediate benefit were to prevent and purify time of being wasted in being occupied with bad habits, then it would have been sufficient.

We often have a defected view of life and time. We tend to regard both as a vast expanse without end, where each day rolls into the next. However, The Messenger of Allah (peace be on him) said

‘There is not a new day that rises except that a caller calls out: ‘O Son of Adam, I am a new creation and a witness over your action, hence take your provision from me, for I shall not return until the Day of Judgement’.

Each day is unique and an opportunity, not a continuum of the last. Each minute that goes by cannot be brought back; each day that passes is gone forever, only to be opened on the Day of Judgement. One has to invest the time of this life for the next life. Abdullah Ibn Masud said:

‘I have never regretted anything as much as my regret over a day which the sun sets and my life span decreases while my good deeds have not increased.’

‘The night and day are ever working on you, thus work in them.’

The best period of time in a person’s life in which he can acquire knowledge is in the period of his adolescence. This is when he can devote all of his time to it.