How to be your best self 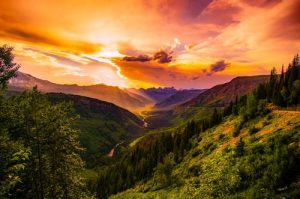 The Prophet (peace be on him) was born in Makkah. His father passed away when he was young and after a few years his mother passed away. He was therefore an orphan at a young age. In Arabic, someone is considered an orphan if his father has passed away, not his mother. If the Prophet had lost his mother first, he wouldn’t have been considered an orphan as long his father was still alive. This is the meaning in Arabic of the word yateem (orphan), though it may be different in other languages. Whenever we come across this word in the Quran i.e. in the Surah Maun it means the one who has lost his father and is still under the age of puberty. Once an orphan passes the age of puberty they are no longer considered a ‘Yateem.’

Following the Prophet (peace be on him)

If you were to follow him you will be guided.

And, be obedient to Allah and to the messenger (peace be on him).

We must however always distinguish between Allah and the Prophet. Prophet Mohammed (peace be on him) is still the messenger of Allah. We worship Allah, we don’t worship the messenger, but he has this high status because He is the messenger.

The gentleness of Muhammad (peace be on him)

The Arabic word used here for kindness is ‘layyan’ which is gentleness. This quality cannot be underestimated as Allah Almighty said ‘Had you been harsh and hard-hearted they would have dispersed from around you.’ Harshness repels people, so this gentleness was an important quality in spreading the deen. Something that seems to overlooked much of the time these days.

In Surah Al Qalam, one of the early surahs, Allah Almighty said:

‘Indeed, you have the best form of character’

This shows that though all the other prophets had good character, but the best character was given to Muhammed (peace be on him). He was the pinnacle of humanity. Never before and never after has anyone been created like him.

In a famous hadith, the Prohet (peace be on him) said:

I have been sent to complete the good character (68:4)

This clarifies that prior to Islam people did of course possess elements of good character. It’s not something exclusive to Muslims. The attitude of superiority is wrong. We don’t have this in Islam but unfortunately, we are suffering from this now, like far-right white supremacists, looking down on others and treating them as if others are inferior. We don’t have this in Islam, not at all. This is why the Prophet (peace be on him) is saying ‘I have been sent to complete good character’ It means you already have good qualities, but Islam will help to make you better, to excel and be the best person, best spouse, best colleague or neighbour etc you can be.

How does one become a person of the Quran like the Prophet (peace be upon him)?

Without doubt who would be better positioned than his wife to describe his character? Aisha (may Allah be pleased with her) said about him:

Another translation of the hadith we often come across is ‘He was a walking Quran’. This isn’t an accurate translation though the meaning is correct.’ His character was the Quran better describes the hadith. He (peace be on him) was the manifestation of the Quran. He was the practical application of the Quran we read.Just as magnets magnetise objects they are constantly in contact with, when we read the Quran, and spend time with it, the Quran rubs off on us and we begin to manifest it in our character. If we want our character to be like the Prophet (peace be on him) then simply we need to know more about him and the Quran. This is how we can improve our character.

In Bukhari’s Al Adab al Mufrad one of the hadith mentioned is a person can reach the level of one who is praying all night and fasting all day without actually doing them, through their good character. Such is the power of good character and its ability to elevate one.

Focus on the internal

Sometimes we might pay much so much attention to our outer appearance, our clothing, the length of our dress for instance, our hijab or beard etc without focusing on our character. What is the point of such details if we have a bad character?

I recently saw two hijabi ladies on a bus swearing at each other with very bad language. What is the benefit of wearing the hijab if your character is so crude? I’m not saying they should take off their hijabs, but the message is very contradictory. Good character is something we need to work on. We can pretend we have a good character and fake it, but we can’t keep the pretence up for long. It has to be genuine.

From reading about how the Prophet (peace be on him) conducted himself we can learn how to deal with similar scenarios. He is the qudwa (the example to follow). We can try and follow his example and control our anger and be kind or allow our instincts to control us, and angry, shout and scream.

The closest to me on the Day of Judgement are those with the best character. (Tirmidhi)

You don’t need money, you need character. Character is the manifestation of the Prophet’s teachings. No matter what we do, what we recite or memorise, if this isn’t reflected in our action, what is its benefit? We need to work harder to improve ourselves.

Start with the main characteristics of the Prophet (peace be on him) like kindness, gentleness, humility and cheerfulness.