How to remain humble when you gain knowledge

Humility is knowing that knowledge is not yours 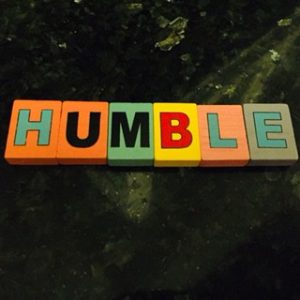 There is no room for arrogance in Islam. No one can assume they are better than others or look down on them.

One cannot assume that their deeds or character put them on a higher level than others because what we all have is only between us and Allah Almighty.

Often arrogance comes with the acquisition of knowledge. Ironically it should be the opposite.

How can we develop real humility in ourselves?

Knowledge is a vast ocean, and he is at the best of times at its shores, the more he learns, the more he realises the vastness of the ocean whose limit is beyond his reach. The Messenger of Allah (peace be on him) was reported to have said:

‘Indeed, in knowledge there is ignorance’ [Abu Dawood]

It means knowledge reveals a scholar’s ignorance and at the same time, it brings to his knowledge what he did not know.

Paradox: Look down on yourself. In order to raise your rank.

Humility should be entirely genuine. Knowledge should not increase arrogance but conversely increase humility. The quest of sacred knowledge should eradicate ignorance so that you can worship the Lord in the manner in which Allah Almighty has commanded. Observing humility helps us achieve this goal.

The Shay’tan will come and try to destroy the years of hard work and effort you put into acquiring knowledge. He will whisper ideas of greatness, intellectual superiority and illustrious achievements in order to create pride in your heart so that you looks down on other people. You should remind yourself that this is not your knowledge but from Allah Almighty.

It is by the mercy of Allah who has given His knowledge as a gift to you. You may have been honoured as many have tried but not succeeded. However it was not your effort alone but rather Allah Almighty who facilitated this learning by providing the means of learning – He provided the teachers, or parents with the zeal and understanding for it that enabled you to study and gave you the faculty to comprehend His knowledge.

It is more fitting for one to be humble for their gift and preserve this treasure from being lost. Be responsible for preserving this knowledge and conveying it to students, so that they may be facilitated in their learning.

Feeling gratitude when you acquire knowledge

Abdur Rahman al-Mehdi, was a thabi’ee from the second generation after the Messenger of Allah. He was a well respected scholar, he gave a beautiful advice for the people seeking knowledge to embody in their character, if they follow accordingly to his advice, one doubts if they can ever be anything other than be humble. He said:

‘If I met someone more knowledgeable than me, I did not become envious of him, rather I felt like this was my lucky day; it was like my day of Eid. I would go and learn from his knowledge.

If I met someone who was less in knowledge, I practised humility and humbleness as Allah has showered me with his favours, I would then convey my knowledge to him.

If I met someone of who was equal to me in knowledge. I would go and study with him and review my knowledge with him.’

In all the situations he was benefiting from his knowledge, either by increasing it, or conveying it or reviewing it. The Companion scholar, Abdullah Ibn Ummar said: