How important is it to fix your tajweed (recitation of the Quran)? 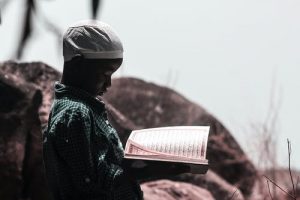 The word Tajweed linguistically means proficiency or doing something well. It comes from the same root letters as the word Jayyid, which means good.

In order to recite the Quran correctly, it is not sufficient to be fluent in reading Arabic, but one has to be familiar with each letter of the alphabet, know the point from which it is articulated (its makhraj), its sifaat (attributes or characteristics) and the rules which dictate its sound, depending on its position in a word.

A simple mistake in either of these could change the entire meaning of a word or verse.

The rules of tajweed were recorded by scholars when Arabs started mixing with non-Arabs as Islam spread, and mistakes in the recitation of the  Quran began to occur.

As time passed, the Arabic language itself, as with other languages, changed so much from Classical Arabic in which the Quran was revealed, that even Arabs, who tend speak their local dialects, have to study Tajweed.

Why is it important to learn tajweed?

Imaam Muhammad Ibn al-Jazari, (may Allah have mercy on him) the great Quran and Hadith scholar of the 9th Hijri century, stated in his famous poem that details the rules of Tajweed:

And applying Tajweed is an issue of absolute necessity, Whoever doesn’t apply Tajweed to the Quran, then a sinner is he.

Therefore applying the rules of Tajweed is an obligation and avoiding major mistakes while reciting the Quran is very important.

The Prophet (peace be on him) would then recite the verses to his companions in exactly the same manner as he heard them. And they would recite it back to him until they too had perfected it.

This has formed the chain of transmission through the generations spanning back centuries. The method of transmission from the deliverer (talqeen) and to the receiver (talaqqi).

When shuyukh recite the Qur’an to their students and community who receive it from them. This is known as talqeen.

This is one of the ways in which the Qur’an has been kept fresh, authentic and accurate.

While the actual letters are unchanged in our Holy Book, our oral tradition preserves the very sound of the words which were revealed.

These are the Verses of Allah: We recite them to you (O Muhammad) in truth, and Allah wills no injustice to the ‘Alamin (mankind and jinn all that exist). (3:108)

The Quran used the word ‘natluha’, or ‘We recited reminding us of the importance of tilawa, which has been neglected recently. The power is already contained within it, but we need to revive this. In the sound of the Quran is the power of change.  After all it is Allah’s word and when recited correctly, it penetrates hearts before it is understood by the mind.

The power of proper recitation

Hearing the Quran brings joy and comfort, whether you know Arabic or not. The Prophet (peace be on him) would recite the Quran to disbelievers. People would bring their children to him, so he could heal them through recitation.

The Prophet (peace be on him) himself would ask his companions to recite the Quran and on one occasion he asked Abdullah ibn Masud, who had deep knowledge of  fiqh and shariah, and whose recitation was beautiful to recite the Quran for him. He said:

‘Recite to me, Abdullah,’

and Abdullah said: ‘How can I recite to you when it was revealed to you?’

The Prophet (peace be on him) said, ‘I like to hear it from others.’

Thereupon lbn Masud started reading part of Surat An Nisa till he reached the verse: ‘How (will it be) then, when We bring from each nation a witness and We bring you as a witness against those people. On that day those who disbelieved and disobeyed the Messenger will wish that they were buried in the earth, but they will never be able to hide a single fact from Allah’ (Quran 4:41-42). Upon hearing this, the Prophet’s eyes flooded with tears and he waved to lbn Masud saying, ‘Enough, enough, lbn Masud.’

We know that Ibn Mas’ud had a lovely voice and his recitation was beautiful.

On another occasion, narrated by Al-Bara’ ibn Azib, the Prophet (peace be on him) said:

Beautify the Qur’an with your voices. (Abu Dawoud)

When you recite the words of Allah Almighty with a beautiful recitation it penetrates the heart more. The Prophet (peace be on him) had a beautiful voice and this projected the divine message beyond the ears. There were many companions who had beautiful voices and when we beautify our recitation, it increases our khushoo’ and connectivity with the Quran.

Whenever we see any ayah with ‘natluha’ or ‘yatluha’ from the root ‘utlu’ (recite) we should reflect on it. We should improve our recitation.

Abu Dawud reported from the Hadith of Abu Lubabah (may Allah be pleased with him) that the Messenger of Allah (peace be upon him) said:

He who does not recite the Quran in a pleasant tone is not of us.

Do not rush your recitation

Exalted is God, the True King. Do not be hasty with the Quran before its inspiration to you is concluded, and say, ‘My Lord, increase me in knowledge.’ (20:114)

When the Prophet (peace be on him) was receiving the revelation from Jibril, he was so keen on grasping it and not forgetting it, that he would begin reciting it with him, without waiting for him to finish, so he was instructed by Allah to wait till Jibril finished and not to worry about missing or forgetting anything.

We see the confirmation in Surah Qiyama:

Allah thus promised to preserve and protect it in the chest of the Prophet (peace be on him) so he would not forget it.

Recitation should always be audible

This is not a valid salah. All schools of thought agree on this point. If your lips and tongue do not move during salah it is not accepted. There is no other opinion on this matter.

You need to be careful. The recitation does not need to be out loud but it needs to be audible to yourself. Recitation of salah in the heart is not enough. Reading the a Quran in your head is rewarded as contemplation not recitation.

The Destruction of the Oral Preservation

If we recite the verses of the Quran without the proper pronunciation, without giving due consideration to tajweed, this is not the Qur’an which was revealed to the Prophet Muhammad (peace be on him). It is a corrupted form, breaking the chain, the tradition and distorting the revelation; this recitation is haram.

Preserve the Oral Tradition by learning to recite it properly

We have to make the effort to learn how to recite properly. Allah will be pleased to see His revelation protected and glorified. This is our duty.

We have to train ourselves to correct our recitation- not necessarily like Abdul Bassit, but as a minimum refine your recitation of Surah Fatihah. It is trickier for non-Arabs but with practice we can make it better. It should be a priority on your list, during self-isolation to fix the recitation of Surah Fatiha, particularly we need to fix a few of our letters- the ha in al hamdul and the ayn in al alameen. Allah Almighty said He revealed the Quran in Arabic, so we have to make an attempt to work on our pronunciation. We need t recognise that this is not a minor issue, it is a major issue.

Do not rush your recitation

Allah Almighty commanded us to recite beautifully and slowly – He says in Surah Isra to recite ‘ala muqth‘ which means slowly, and in surah Muzzamil to beautify the voice.  Allah Almighty told us that had He revealed His Words upon a mountain it would have trembled.

‘Had We sent down this Qur’an on a mountain, verily, thou wouldst have seen it humble itself and cleave asunder for fear of God.’ (59:21)

‘Those to whom We have given the book they recite it, as it ought to be recited—these believe in it. But as for those who reject it—these are the losers.’ (2:121)

Ibn Mas’ud May Allah be pleased with him commented on Yatlunahu haqqa tilawatih: to recite it as Allah has revealed it, and do not corrupt it.

The Importance of Correct Recitation to actually benefit from salah

Eight rakahs, prayed properly with tilawah (clear recitation) and tarteel (slow speed), brings khushoo (tranquility) to the soul is much preferable to praying twenty with a Formula One recitation.

It introduces the words of Allah to their hearts not their bodies pecking the ground in a manner in which we were forbidden to pray.

Our priority is not in the quantity we recite but the quality – whether it is the pages of the Quran or our salah. When recited properly, we hear its beauty, connect to its message and act upon it.

The sound of the Quran is dawah in itself.

Among the reflections on the Quran, Allah mentioned a beautiful ayah:

And when they hear what was revealed to the Messenger, you see their eyes overflowing with tears, as they recognise the truth in it. They say, ‘Our Lord, we have believed, so count us among the witnesses.’ (5:83)

Here we see that even those who are not Muslim can see the light of the previous books shining through it and they recognise the truth.

Even non believers will believe it when they hear it.

When we recite we need to recognise that these are the words of Allah Almighty addressing every single one of us, coming into our lives and addressing our needs and our issues. It envelopes us with its mercy and blessings.

Connect with the Quran

To honour and glorify Allah’s words we need to improve our tajweed so we can recite it properly as it was revealed. The more sincerity we have, the more we benefit.

Some people saying that they can’t understand the Arabic but you don’t need to be an Arab to understand the Quran. If you are, it’s a bonus. But if you are not you can still understand more than 80% with a good translation, this will help you connect with it.

Divine words still have blessings in them, so even if you don’t understand them but you have sincerity and attentiveness, it penetrates the heart.

We ask Allah to enable us to recite the Quran properly and understand it and disseminate it. Ameen.