Honey or poison. How words are either for you or against you

How to avoid backbiting 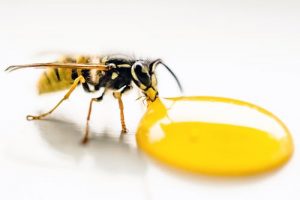 What you choose to say is either for you or against you. It can be honey or poison. Bitter or sweet.

Words can deliver good news and the truth. But they can also deliver bad news and lies.

Umm Habibah, (may Allah be pleased with her) the wife of the Prophet (peace be on him), narrated that he said:

‘The son of Adam’s speech is against him not for him, except for commanding good, or forbidding evil, or in the remembrance of Allah.’ (Tirmidhi)

If you’re engaged in goodness it is recorded in your account, and if you are not, it will be evidence against you.

The most important limb in the body

The tongue is perhaps the most important limb which Allah Almighty created.

Abu Sa’id Al-Khudri (may Allah be pleased with him) said that the Prophet (ﷺ) said:

When the son of Adam gets up in the morning, all the limbs humble themselves before the tongue and say:

‘Fear Allah for our sake because we are with you: (i.e., we will be rewarded or punished as a result of what you do) if you are straight, we will be straight; and if you are crooked, we will become crooked.’ (Tirmidhi)

The controller of the body and even the heart

If the tongue is good, the heart is full of light. If it’s busy in the remembrance of Allah Almighty, it reflects in the heart. If it’s engaged in bad news, this is reflected in the heart and in the limbs as well.

Backbiting is telling the truth. It isn’t a fabrication. Just because something is true, it does not make it halal for you to say it. Backbiting is when you say something about a person, which they would hate to hear you say about them if they were present. This is called ghiba. Praising someone in a sarcastic way is also ghiba. (If you are fabricate something about another person, it is not backbiting. It’s slander.)

Abu Hurairah (may Allah be pleased with him) said:

The Messenger of Allah (ﷺ) said, ‘Do you know what is backbiting?’

The Companions said: ‘Allah and His Messenger know better.’

Thereupon he said, ‘Backbiting is talking about your (Muslim) brother in a manner which he dislikes.’ It was said to him: ‘What if my (Muslim) brother is as I say.’ He said, ‘If he is actually as you say, then that is backbiting; but if that is not in him, that is slandering.’ (Muslim)

Why is backbiting haram

The Prophet (peace be on him) was establishing a concept that didn’t exist before him. There had been no limits to what you could say about other people. When Islam came, it placed clear restrictions on what we could hear or say about others. Why? Because words affect our hearts. They have the power to destroy people’s property, life and honour. For this reason, Allah Almighty said:

Do not backbite one another. Would any of you like to eat the flesh of his dead brother? You would detest it. So remain mindful of God. God is Most Relenting, Most Merciful. (49:12)

The tongue can honour or destroy

The Prophet (peace be on him) repeated many times that we have to honour our brother and his reputation. In his last sermon, in which he highlighted the most important teachings of Islam, he said:

Everything belonging to a Muslim is inviolable for a Muslim; his honour, his blood and property. Piety is here (and he pointed out to his chest thrice). It is enough for a Muslim to commit evil by despising his Muslim brother. (Tirmidhi)

Backbiting as a social pastime

When entertaining guests, how do you remain within the boundaries of Shariah? Entertaining should never be at the expense of other people’s secrets or honour. It shouldn’t be a backbiting session. Honour your friends and colleagues. Backbiting (ghiba) is haram.

Backbiting is often part of work culture – be wise and make it clear that you won’t be part of it. So when you see this at work, you could say, ‘This is not right- he/she is a nice person, we all have mistakes. Let’s focus on the good things rather than the bad things. You wouldn’t like to be criticised in that position.’ Deliver it nicely – not with an in your face approach.

Even when you see something bad, don’t criticise it unless you can contribute something better. Otherwise it is not helpful.

Some people say ‘I have a big mouth’. If they have already identified their problem, they should find a cure. Not be proud of it. It eats up hasanat (good deeds) and makes people dislike you.

No one likes the one who constantly backbites others. They are like snakes – smiling to your face but stabbing you in the back as soon as you leave. It spreads hatred.

The worst of all mankind is the double-faced one, who comes to some people with one face and to others, with another face. (Bukhari)

This is why hypocrisy is haram. Hypocrisy has many layers. One of these is to have two faces. Whoever has two faces, cannot be trusted. This goes against the essence of Islam, which is based on truth and trust.

We have people in our midst, who always overlook the goodness in others but specialise in cataloguing other people’s mistakes. They are recording them in their heads all the time. This is a defect within them. It is negativity. They are magnets for negativity. Such a pastime is time-consuming. And makes them miserable. They could change this pattern by seeing what is good in others. There is always some good, if they choose to find it.

In another Hadith, the Prophet (peace be on him) said:

I remember coming across such people and they are not always aware that they have this pattern until it is pointed out to them. If your friend or family member has this habit, approach them and help them change. It is possible to change this pattern.

How to advise a friend

If your friend is upsetting you by a trait they have, going outside their circle and telling someone else is not going to help them. It is venting. If you want them to be better then talk to them, not a third person. Be sincere in this. Then you need to know WHEN and HOW to say something to the friend you are trying to help to change. This is part of your loyalty to your friend and well-wishing to help them to improve their shortcomings. But be sure you don’t pick the wrong time. It will be disastrous. Or you might choose the wrong words. The style of delivery is crucial.

Stop the spread of bad news

People who backbite specialise in spreading the bad news in the community. They spread feelings of animosity and they revel in schadenfreude (taking pleasure in other people’s misfortune).

This spreading of negativity goes against the type of society Allah Almighty wants us to establish. A  human community which lives in harmony with care and love for each other. Yet we are surrounded by negativity as a norm, especially with the media focusing intensely on backbiting and gossip. It’s a huge industry, spreading the culture of hatred.

As believers, we have been taught to think for ourselves. Not to go with the flow – if everyone backbites that does not make it okay. Stick to our principles and train ourself not to initiate backbiting or to be part of it.

5 ways to prevent yourself from backbiting

The 5 rules to bear in mind are:

Firstly: Keep your mouth closed. Though the art of silence is not easy, do not comment on everything and do not say everything that pops into your head.

Secondly: Do not concern yourself with other people’s affairs when they don’t involve you. Curiosity and being nosey kills the cat. If it’s not your business stay out of it.

The Prophet (peace be on him) said part of being a good Muslim is leaving what doesn’t concern you. (Tirmidhi).

Thirdly: If backbiting is taking place, try to change the subject. If you can’t stop others from backbiting, then leave. It is toxic. Staying in that environment, is like inhaling noxious fumes.

Fourthly: Most fundamentally, you need a shift in your thought pattern. Always, think well of others.

To stop backbiting, you need to cleanse the thoughts in your head. Don’t backbite others in your mind. Stop it before it starts. Say to yourself, this is haram. I am not going to backbite. Try to find an excuse and the person who has done something wrong instead.

Don’t be naive about others, but at the same time don’t let shaytan provoke you or fill you with venom and bile. It will poison you.

Fifthly: Finally, remember the consequences of backbiting. Those who talk discuss the faults of others will lose the good deeds that have been recorded in their akhirah account and would give them to the person they were backbiting on the Day of Judgement. The more you say about them, the more they will take.

Apart from giving away hasanat, keep in mind the severity of the punishment for backbiting. The Messenger of Allah (ﷺ) said during the Mi’raj (the Night of Ascension):

I saw a group of people who were scratching their chests and faces with their copper nails. I asked, ‘Who are these people, O Jibril?’

Jibril replied: ‘These are the people who ate flesh of others (by backbiting) and trampled people’s honour.’ (Abu Dawud)

These images are deterrents to remind us of the severity of this scene and its damage to us on a personal level and to our community. So, let your tongue not bite you. Indeed it is like the snake.

The punishment for backbiting begins in the grave

Allah Almighty is warning not to go near backbiting through these painful and humiliating punishments for those who spread bad news.

The Messenger of Allah passed by two graves, and he said:

This is why we need to be careful. No wonder that when Uqbah bin ‘Amir said:

‘O Messenger of Allah! What is the means to salvation?’

He said: ‘That you control your tongue, suffice yourself your house, and cry over your sins.’ (Tirmidhi)

Focus on the good

It’s a blessing to be able to see the good things in others. It makes you feel better. It is honey for the soul.

May Allah make us of those who see goodness, spread goodness and prevent harm. Ameen

Control your tongue – the mirror of your heart