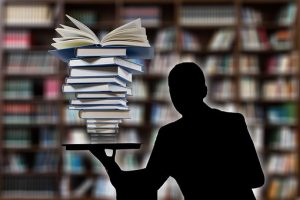 All human behaviour begins with role models, we learn to walk, talk and feed ourselves by watching our families doing those things every day. But we learn more than simple everyday activities from the people who surround us as we grow up. We also learn how to think and behave by watching them.

Whether you realise or not, you have been a student of behaviour all your life. As an infant, your eager mind quickly grasped everything that was going on around you. You watched and later imitated what your parents, siblings, friend and teachers were doing. Some people have excellent role models, successful parents or a family friend who achieved far beyond the ordinary. If you had good models; models of integrity and achievement, most likely you grew up to be an achiever your self.

If your models reflected apathy or failure you probably grew up to imitate many of the self defeating attitudes and negative behaviour you witnessed in your early years.

You are no longer a helpless infant who can not pick and choose mentors to learn from. As an adult, you have the intelligence and power to go out and find the kind of mentors who will inspire and teach you with their own persistence and positive attitude and behaviour.

For the student of knowledge, there can be no bettor mentor than the trusted scholars and teachers. The scholars can provide you with motivation, inspiration and a practical example that can be the difference between achievement and failure. They allow you to learn through emulating them as the person you like to be.

There are many different types of scholars in our midst today. Some scholars are strict and literal in their understanding, some liberal and reforming, some practical and balanced, some political minded, some spiritually orientated, some self taught (desktop scholar), some well-known and others not so well-known. The big question is who to choose as your teacher and guide.

There is a well known narration from the Prophet (peace be on him) who said:

‘This knowledge will be carried by the trustworthy ones of every generation. They will expel from it the alteration made by those going beyond bounds; the false claims of the liars and the false interpretations of the ignorant ones.’ [Bayhaqi in Sunan al Kubra]

The student of knowledge has a responsibility to choose his teachers wisely. He must carefully select the most learned, pious and the most advanced person(s) he is going to acquire knowledge from. He should not take knowledge, except from one whose qualifications are legitimately established, whose good religious qualities are evident, whose reputation is reliable and whose respectability is well known. Muhammad bin Sireen said:

‘Indeed, this knowledge is the basis of the Religion! So look carefully towards whom you take your Religion from.’ [Muslim]

‘If you want to know if your teacher was well educated and legitimately qualified, then check how well connected he is to the chain of the authentic scholars. ‘

Righteous company of a scholar awakens the heart and the person, just like a dying plant regains life and beauty in the hands of a competent gardener. In this very same way a student’s life enters full bloom when he takes the hand of a righteous scholar.

Taking shade under a tree of knowledge

‘I am to you like your father teaching you.’ [Muslim]

‘The Prophets did not leave behind a Dinar or Dirham, rather they left behind knowledge, so whoever takes it has taken a great share.’ [Sunan Ibn Majah]

This knowledge and wisdom was inherited by the scholars, for:

‘The scholars are the heirs of the Prophets’ [Sunan Ibn Majah]

It is in this context, the Shaykh is seen as a father, and what one owes to their Shaykh is perhaps more than what one’s owe to one’s biological father.

The father is a cause of one’s physical birth into this ephemeral world, who lovingly nurtures with material provision until one reaches the age of maturity. As for a Shaykh, he is the cause of one’s spiritual birth; he awakens the soul, initiates a path to the Allah, and nurtures us with the provisions to know Him and reach spiritual maturity.

‘All of us have a lineage. A student also needs a family tree for his knowledge which consists of his teachers. One who has no teacher is actually illegitimate in his knowledge, like a person whose identity and lineage is unknown. He holds no weight.’

’A person may love some people but he cannot catch up with their good deeds?’ The Messenger of Allah (peace be on him) replied: ‘Everyone will be with those whom he loves’ [Bukhari]

Many scholars have achieved celebrity status; people flock to their lectures if they hear their names. Some of the celebrity scholars are due to the name or how well they can deliver a lecture and others are due to their knowledge. It should not be your objective to follow just names, it should be your objective to learn knowledge wherever you can find it.

This is not to say that all the celebrity scholars are promoting themselves. It is rather an advice for the seeker to choose the best teacher for them. If you choose a celebrity scholar, it should not be his name that should draw you but his knowledge.

Sometimes there is no link being a celebrity and being the most knowledgeable or being the better teacher. It may be so that the people who are unknown possess more knowledge than the famous scholars.  Allah chose not to reveal the identity of who His awliya (chosen people) are; He has hidden them in the ocean of people in order that you respect all people.

The right teacher for you

Often, it is the neighbouring scholars who are more influential and beneficial on your life than the very well-known scholars providing they possess humility, the sincerity and the authentic knowledge. This is mainly due to local scholars being more accessible, as the more well-known scholars tend to be busier with engagement, lectures, and appointments and other pressing matters. Therefore you will find it difficult to build a close link with them.

You should seek the best teacher for yourself; he should be someone that is suitable to your needs, who commands your respect, who you look up to and possesses knowledge irrelevant of the fact if he is well-known or unknown. He is someone who has learnt not to waste time and has mastered the art of juggling a heavy schedule whilst staying calm. He should be someone who responds to difficult problems by coming up with creative solutions, someone who loves what he does but still finds time for important personal relationships with friends and family.

If you find someone who fits the criterion and you then overlook him because he is unknown for a more well-known scholar, then this is arrogance and this will affect the sincerity of seeking knowledge. It is to make a statement, to say: ‘I am studying with such and such Shaykh and everyone knows him.’ And in the unknown case, ‘Well no one really knows my Shaykh.’

Do I need a shaykh?