Climate change is not just for Non-Muslims. It is OUR concern. And we need to act NOW 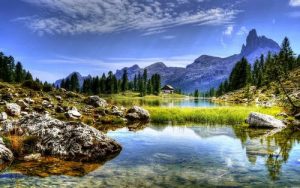 When your Lord said to the angels, I am placing a successor on earth.’ They said, ‘Will You place in it someone who will cause corruption in it and shed blood, while we declare Your praises and sanctify You?’ He said,’ I know what you do not know. (2:30)

Humans were appointed guardians of the earth

Allah Almighty mentioned that He was appointing a guardian on earth and He created man from the earth and there are plenty of verses, in the same vein, talking about humans as caretakers on earth.

In another verse Allah Almighty said we should not pollute the earth that Allah perfected:

And do not corrupt on earth after Allah its reformation, and pray to Him with fear and hope. God’s mercy is close to the doers of good. (7:56)

Uniqueness of our planet

We have a duty to preserve and protect this earth which Allah Almighty made habitable for us, and which is uniquely suited to our existence.

Till now, despite much research and many expeditions we have not found another place with the right conditions for human habitation. And if we did, we would probably go and corrupt it, as we have corrupted the earth. 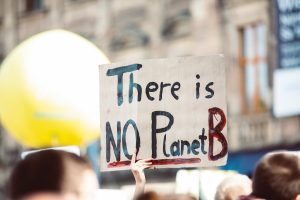 Earth is an amanah

Allah Almighty is telling us that this earth is an amanah (trust) from Him, which we have to look after. We are not to spoil this amanah, or ruin it. Yet unfortunately we have spread corruption everywhere.

The seven heavens declare His glory and the earth (too), and those who are in them; and there is not a single thing but glorifies Him with His praise, but you do not understand their glorification. (17:44)

From a shariah point of view, Allah Almighty is prohibiting the spread of any corruption, whether physical, or social such as wars. This includes allowing environmental damage, which we are suffering from.

Climate change is a reality we are facing. We are experiencing extremes in weather which we never experienced before. In the UK alone over the last decade, we have witnessed a growing catalogue of natural disasters we have been hit by severe weather, snowfalls, droughts, floods, storms and hurricanes one after another.

We have experienced travel chaos, school disruption, we have had people dying in heat waves, damage to properties, homes left without power, falling trees and water bans.

Weather records are being broken all the time – we are constantly experiencing the coldest, wettest and hottest days on record. We are statistically more likely to be flooded than burgled. The UK environment agency links the dramatic increase in flooding to climate change. And flooding is a major national threat. 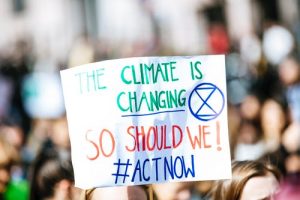 There have been many conferences and seminars on this and targets set to reduce the harm that we humans are causing the planet. In 2015, the UN put together 17 goals to achieve this.

What can you do

The responsibility for the planet does not rest with someone else. It rests with you. You are all accountable for your own consumption and your lifestyle.

You make choices every day – from which coffee you drink, to how long you spend in the shower, to how many clothes you buy and what you drive. You leave your own personal carbon footprint on the planet everyday. Eating a single burger contributes more to climate change than a car drive. Every item of clothing you buy made of cotton has implications not just for the environment. through the use of pesticides, and the consumption of water, but also on the lives of the farmers. And each garment made of artificial material which does not degrade ends up in 3rd world landfill, leaches synthetic fibres when washed into the ocean causing microplastic pollution, which can also end up in the air as micro plastic and in our lungs and enters our food chain. Giving it away to charity is simply not enough. We need to curb our consumption. We need to be more mindful of what we are buying, using and throwing away. The key message is definitely moderation, limiting ourselves to our needs (and even reducing those where possible), not our wants, and being acutely aware of all our consumption.

We all have to bear responsibility as individuals, as well as communities, as cities, and countries in cherishing this amanah, which Allah Almighty gave us. We must not corrupt the earth. We need to think about our consumption. How is our usage of energy? How much are we wasting?

There are three immediate actions we can take: 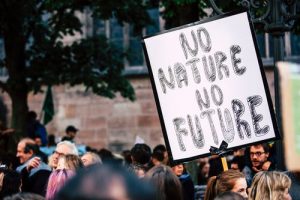 What you eat matters

At least half of all greenhouse gases come from animal rearing. The prime cause (91%!) of the deforestation of the rainforest is to graze animals – more than all cars, planes, buildings, industry and power plants combined.

There are approximately 30 farmed animals for every human on the planet;  and in 2018, more than 99% of the animals eaten in America were raised on factory farms. Of course I am not saying eating meat is haram but be considerate in your consumption, but we need to find a balance.

The thermal expansion of sea water, and the melting of the glaciers has caused sea levels to rise by about 15 to 20 cm during last century; unstopped this will destabilize the Greenland and Antarctic, cause the complete disappearance of Arctic sea-ice and Himalayan glaciers or large-scale loss of the Amazon rainforest.

According to current knowledge, the most dangerous impacts of climate change could be averted, if we can reduce the rate of warming.

To reach the two degrees target, global emissions of greenhouse gases have to be reduced by 2050 to about half of the level of 1990.

The effects of the changing climate is creating havoc with farming and food production, with plants flowering and fruiting at the wrong times and causing chains of problems to animal vegetation.

Our deen is green

Being concerned for the environment is part of being Muslim. As Muslims we should feel this is part of our teachings, part of the Quran and the sunnah, which command us spreading goodness and prohibit corruption. 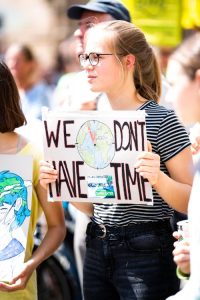 Taking no action in not an option

Alarmingly research is showing that climate change is occurring even faster than was predicted. The changes that were forecast to happen 20 years down the line are happening NOW. This is affecting us NOW. Not acting on this is not a choice. It is our responsibility.

We need to act on it on a personal level and on a community level. There are plenty of projects we can get involved with: environmental projects, renewable energy, sustainable projects, which are needed in the community.

We need to act because we need to fulfill our obligation to Allah Almighty and the planet, it’s rewarding and it’s profitable. So we need to channel our attention towards these projects, rather than just supporting the typical classical projects in our community.

Raising awareness of the importance of creating a safe environment and at the same time protecting the environment. Involve your children. I believe they do more than we do on that level but again we need to raise the awareness in the community as well as in businesses, and in the planning for the future in this direction.

Have a Green Business mentality 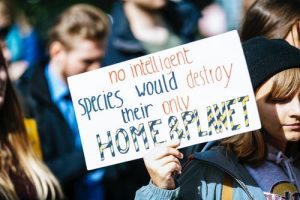 Before saying, ‘Yes, it is profitable’ we should ask ‘Is it environmentally friendly?’ If it’s damaging the environment  then we shouldn’t invest in such projects. This should be the mentality.

This is the premise on which Islamic investments and Islamic funds are generally based. We check whether projects are environmentally friendly or not. If not, we’re not interested.

Islam is not solely focused on the prohibition of riba, gambling, pork and alcohol. Damaging the environment is on the same list of what is haram.

If we do not act, we are destroying the future of our offspring and generations to come, and their problems will be much more severe than now.

We’ve now seen snow in the middle of the desert in our time. We’re not talking about the ice age, in our time! And we have witnessed summers here which we never experienced before. It is just a matter of time before we have air conditioners in every single home.

Create the mentality that you have change your personal habits and strive to achieve good goals for the future, for ourselves for our future generations and for the benefits in dunya and the rewards in the akhirah to preserve what Allah Almighty has given to us. Achieving goodness is the guideline of our shariah. Bringing goodness and refraining from harm is our slogan as Muslims. Don’t leave this to non-Muslims and watch from the shadows.

No! We are interested. Its part and parcel of our belief, our iman, our obligation, and our amanah.

We ask Allah Almighty to be always promoters of goodness, spreaders of goodness and to fulfill our amanah and obligation, which we have been given.