Be ambassadors for the Prophet (peace be on him) 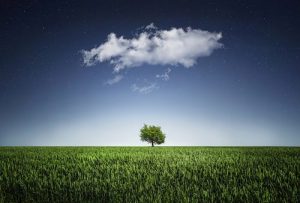 The common factor when we gather to celebrate the life of the Prophet (peace be on him) is our love for him. Whatever we do, intention is crucial, inamal amalu bin niyyat:

Actions are by intention. (Bukhari)

Our intention is to be closer to Allah Almighty by knowing the Prophet and sending our salam and salah to him.

Sending salawat on the Prophet (peace be on him)

Sending salawat on the Prophet (peace be on him) is a way of showing our gratitude for our blessings and for the blessing that he was sent to us.

Whenever you send your salam to him, he hears you and he responds, as in the authentic hadith:

They said, O Messenger of Allah, how will our blessings be shown to you when your body has disintegrated?

He said, ‘Allah has forbidden the earth to consume the bodies of the Prophets.’ (Musnad Ahmad)

The Prophet (peace be on him) said Allah would give him back his life to hear people and to reply to their salam. Abu Hurairah (may Allah be pleased with him) reported:

The Messenger of Allah (ﷺ) said, ‘Whenever someone greets me, Allah returns the soul to my body (in the grave) and I return his greeting.’ (Abu Dawud].

Increase your salawat upon the Prophet (peace be on him) this is one of the keys of gaining blessings and has been given to our ummah to increase our good deeds.

During salah, when we recite the Darood, we ask:

O Allah, let Your blessings come upon Muhammad and the family of Muhammad, as you have blessed Ibrahim and his family.

This dua spreads the salam to all true believers, including the souls of believers who have passed away. It is a dua that transcends time and knits all believers together into one fabric.

One of the best types of dhikr is to say salaam upon him. Ubayy bin Ka’b (may Allah be pleased with him) reported:

I said: ‘O Messenger of Allah (peace be on you), I frequently invoke Allah to elevate your rank. How much of my supplications should I devote to you?’ He said, ‘You may devote as much as you wish.’

When I suggested a quarter, he said, ‘Do whatever you wish, but it will be better for you if you increase it.’

I suggested half, and he said, ‘Do whatever you wish, but it will be better for you if you increase.’

I suggested two- thirds, and he said, ‘Do whatever you wish but it will be better for you if you increase it.’

I said, ‘Shall I devote all my supplications invoking Allah to elevate your rank?’ He said, ‘Then you will be freed from your worries and your sins will be forgiven.’ (Tirmidhi).

So never underestimate the power of saying ‘salallahu alayhi wasalam’. By saying it with full understanding, concentration and dedication all your concerns will be looked after inshallah

Key features of the Prophet (peace be on him)

Whenever we mention the Prophet (peace be on him) we think of the ayah in Surah Qalam, wa inaka la’ala khuluqin adheem:

This is not just world, but worlds in the plural. Not just the human world, but the jinn and animal world too.

How do we replicate and disseminate this mercy? Do we know enough about him?

In order to spread the goodness of his example, we need to know more about the Prophet (peace be on him). Knowing his seerah (biography) is important as you can’t follow him if you don’t know him. Go through his seerah with your children and inspire them.

The Prophet (peace be on him) was so modest, despite the fact he was supported by Allah Almighty, the revelation and the angels. He was selfless and down to earth. If anyone stopped him in the street, he would give them his full attention and not move away until that person was satisfied with the answer. If we are to follow his footsteps, we need to fight arrogance and our egos.

The Prophet (peace be on him) was generous. We too need to demonstrate generosity, regardless of who our guest is, as Allah Almighty said:

Whomsoever believes in Allah and the Last Day, let him be generous with guests. (Bukhari)

The Prophet (peace be on him) was not only courageous but he brought about change with wisdom. We need to improve our courage. In what sense? In changing something when you see that it is wrong. In the right manner of course. This is why courage has to be coupled with wisdom. The definition of wisdom is saying the right thing at right time in the right way. Sometimes you might say the right thing at the wrong time. At other times, you might say the right thing with the wrong tone. You might have been too harsh in your delivery. We need to emulate the Prophet (peace be on him) because he advised in the best way.

The Prophet (peace be on him) was so halim (forbearing). His hilm (forbearance) was exemplary. Yet we have lost the quality of patience. Just notice how you react to a slow website and you will know how your level of patience from this small exercise. You won’t be able to wait. You will jump to another website instead. New technology has taught us lose patience. Let alone your relations with your spouse. This how little sabr we have now.

O Aisha, Allah is gentle and He loves gentleness. He rewards for gentleness what is not granted for harshness and He does not reward anything else like it. (Muslim)

Ask yourself, are you kind? Ask your wife. She will tell you 100% how kind you are. Or not.

In touch with people

The last point but a very important point is that Prophet (peace be on him) understood reality. He was not living in an ivory tower. He was living with the people. He was one of them. He felt people’s concerns and exactly what they were going through. He knew them and the community. When they were hungry and tied one stone on their stomachs to stop their tummies rumbling he tied two. He knew what it meant to be hungry and what it was like to have fear on the battlefield and go on expeditions, because he was at the forefront. He was not just sending troops and monitoring them from a screen remotely. No. In every task he was part of the action. He understood the pulse of the community and he spoke the language of the people.

So the Prophet (peace be on him) could communicate with people and speak their language. I don’t mean speaking Urdu or Swahili or English, I mean how to connect to people. Problems arise when we stop being relevant. Look at our situation now. We have two parties controlling the country. One which is living in ivory towers, with no idea what it is like for ordinary people and they know nothing about poverty. Completely out of touch. When they plan the budget they have no idea about the reality because they never experienced it.

Similarly in Arab countries, there is no connection between the ruling elite and the common man. They have no idea what it is like on the ground. They are irrelevant to people. And so we had demonstrations and protests against them, which was called the Arab Spring. It’s not Spring anymore.

Coming back to home, we have a generational gap between us and our children. We don’t speak the same language. In many ways we seem irrelevant to them. This is why they are not listening to us. When we are relevant they will listen. How can we be relevant to our children? To be frank, I don’t have the answer.

The key is how to be relevant, how to live with them and understand and the challenges they are facing. We need to be there otherwise we are losing our children. And if we lose our children we are losing our future. The Prophet (peace be on him) would make the dua, ‘Rabbana hab lana min azwajina wa dhurriyatina qurrata a`yunin wa’j`alna li’l muttaqina imama’:

Our Lord! Give us spouses and offspring who will be the comfort of our eyes, and give us (the grace) to lead the righteous. (25:74)

Our children are our shade after death. They last after us. So we need to be relevant and we need to work towards this. There is no easy answer. It is a combination between the scholars who understand the text and the context (reality), and those who have experience who are working with the youth. Crime is increasing, not decreasing. We need solutions and solutions come from our revelation. So we need to combine efforts between technology and text and between creativity and knowledge in order to be relevant. We need to be up to date.

The Prophet (peace be on him) was the master of being relevant. When the Prophet (peace be on him) did not know the language then he asked one of his companions to learn it and he communicated through him. We need to be up to date and be able to communicate with our reality. This is a big challenge. How to present the sunnah in a way that it is relevant.

Convey it from me, even if it is a verse. (Bukhari)

He made a special dua for those who disseminate even one verse.

I leave behind me two things, the Quran and the Sunnah (Hadith), and if you follow these you will never go astray. All those who listen to me shall pass on my words to others and those to others again; and may the last ones understand my words better than those who listened to me directly. Be my witness, O Allah, that I have conveyed your message to your people. (Musnad Ahmad)

If we do not know how to present the message, people will abandon it. Among the verses of the Quran which hit my heart, Allah Almighty said:

Your Lord has neither abandoned you nor is displeased with you. (93:3)

We need to disseminate the message in a relevant way. Follow his footsteps. Be the ambassadors of mercy, kindness, love and care and generosity.

The Character of Muhammed delivered by Shaykh Tamim on 24th November 2019 at Nadi Park Royal. Transcribed by Zuhra Ahmad and A Khan