7 Tips on How to Make a Marriage Work

7 Tips for a Successful Marriage 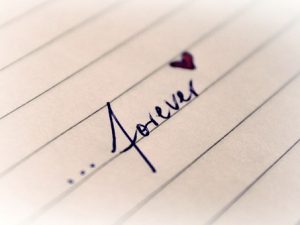 Unlike other relationships which we are born into, we make a choice and a commitment in marriage and need to work at it to create love, peace and security. How can a couple improve this within their marriage? Here are 7 tips to improve this sacred relationship.

Men and women are not in competition; they complement and complete each other. They bring differing skills, strengths and qualities to the partnership, which don’t contradict each other.  Women may be more qualified in certain areas and men in others, so they should work together as a partnership, consulting each other.

Just as we have two eyes, left and right, and our vision is skewed if we look through one, but most accurate when we use both, men and women have two lenses through which they see things – rational and emotional. When both are combined we get 20/20 vision.

Allah Almighty said they have similar rights and in essence they are both accountable before Allah Almighty. He has appointed men as the ‘qiwama’, or protectors and guardians of women. They have the financial responsibility of spending on them out of their wealth. As we see from Surah Nisa:

There is a huge cultural misconception about this verse. Allah Almighty is not saying that He has made men superior to women, as it frequently misunderstood. He has connected leadership with spending in the ayah.

There is plenty of room for negotiation and discussion within marriage and of course husbands should take their wives’ opinions into account, but as with any organisation, there is ultimately one person who takes the final decisions and in the family, Allah Almighty has given that position to the man.

The role for providing for the wife and the family has been given to the man. He is expected to be the breadwinner. It does not entitle him to totalitarian obedience and submission as that would be  oppression. This does not mean that if the wife is the breadwinner she becomes the boss. However it does mean that if the husband is failing to provide for his wife and family, that she is entitled to obtain a divorce. Where a wife is more wealthy than her husband and helps him financially, Allah Almighty rewards her extra for this.

The Prophet (peace be on him) said: ‘She will receive a double reward (for that): One for helping relatives, and the other for giving sadaqa. (Bukhari)

2. Avoiding the Red Lines in Marriage

Couples should be aware that there are certain matters that can make or break a relationship. Some aspects are red lines, or no go areas. For example, a man’s masculinity is strongly connected with his ability to support the family. Overstretching finances creates undue stress in a relationship. This should be avoided.

In general men are hugely sensitive about their roles as providers, and so telling them that they are not providing enough undermines their dignity, to the extent that it could threaten the marriage.  To increase harmony, wives should steer clear of this red line. 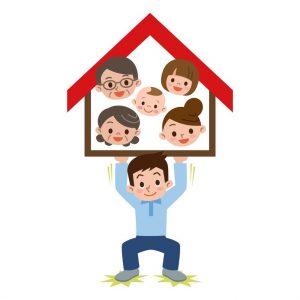 On the other hand, in general for women feeling attractive is an important part of their emotional well-being. Telling a wife she is not attractive is deeply hurtful and would damage the feelings of love and affection in the marriage. In fact, complimenting one’s wife is one of the rare occasions a man is allowed to lie to her.

Couples need to be open with each other and set out the red lines in their relationship – the invisible but ineliminable boundaries which the other partner should not breach because of the outcome that would provocative.

Constant criticism of a man could lose him forever. He doesn’t want nagging or mothering. He simply wants respect. He wants to provide for and protect his wife, appreciate her beauty and companionship. Just as Allah Almighty has made the night a time of sukoon (peace) for us, marriage is supposed to be a sanctuary.

‘And among His Signs is this, that He created for you mates from among yourselves, that you may dwell in tranquillity with them, and He has put love and mercy between your (hearts): verily in that are Signs for those who reflect.’ (30:21)

3. Maintaining Justice and Fairness – the Basis of Marriage and Society

To achieve fairness when there are two wills, there has to be compromise. Neither partner can be stubborn. Nor is there room for arrogance. Excellence (ihsan) is when we achieve a balance between two wills to comply with the will of Allah Almighty.

The qualities of taarafu and marouf or fairness and justice should govern a good society. Without these qualities there would be widespread dhulm or oppression. These qualities have to be firmly established in our behaviour with those closest to us for them to radiate out. So for justice to prevail in society, it must exist in the first instance between husband and wife.

Islam spread when it had conquered hearts. In the time of Omar (may Allah be pleased with him) fairness and justice was a prerequisite for all humans, Muslim or not. There was a Jewish person who used to pay jizya (tax) but later was found begging. Omar (may Allah be pleased with him) said that as the state had taken money from him when he was young, it would give him a portion from the Bayt al Mal to live with dignity. This is how the concept of pensions was established.  Only when we understand this message and how it applies to us can we get the basics right and then goodness will flow.

4. Not Letting Issues Pile Up

Families should be nurtured in obedience to Allah Almighty and if there are no genuine reasons for divorce, such as harm, oppression, or aggression then it should not be a route that is taken. However, sometimes, resentments build up over time and just as the accumulation of injuries can cause death, it is vital that issues of contention are resolved as they arise. When matters become heated, couples need to be able to vent their emotions.

One technique that can be used is the empty chair technique, where husband and wife sit back to back and can off load their grievances. This does not mean trawling through the past and dragging up old issues endlessly. Mistakes will be made, but couples should be able to learn from them and move on. Allah Almighty asks us to build our relationships on peace, mercy and trust and then to overcome any obstacles to the best of our ability before resorting to divorce as the final solution.

Men need space to share their thoughts with women. They do not generally off load their stresses and anxieties so women need to make time for them. Women usually have friends and other family members to share their emotions with, while men tend not have the same outlets. It could be that the woman is so consumed with her own worries that she cannot see beyond herself and fails to realise what her husband is going through. He needs support too. She should be careful that she does not forget the suffering of her husband when she is feeling down.

For a man or a woman to reach the point of divorce means that he/ she has reached snapping point. Her/ his failure to recognise this could be fatal for their marriage. The boxer Mohammad Ali said the strike which knocks you down the one you cannot see.

When issues arise we must not let emotions overwhelm us. We all make mistakes and therefore when our spouse errs, it should be our response to view them as human, rather than expecting perfection from them at all times. If they are in the wrong, it is still our duty to give them naseeha as a fellow Muslim, let alone as our nearest and dearest. If they are on the boundary, we should recognise that we are in the powerful position to push them over the edge or pull them back from the brink. Our overriding response should be ‘rahma’ or mercy.

The worst emotion in a marriage is anger, which is from shaytan and can destroy the marriage. It is also the emotion that drives people to seek revenge rather than forgiveness.

The emotion that should be at the forefront of a marriage is loyalty. When a husband or wife is tempted to break their vows, they should remember that they could lose their imaan and akhirah, their direction and their selves in following their desires. They may be chasing a wild dream and losing their sense of reality. Emotions should not be left to run riot. Neither should suspicion. A spouse suspecting the other of infidelity should be cautious. Leaving one spouse because you are attracted to someone else is betrayal. It is not a reasonable grounds for talaq or khula.

7. Not Focusing on the Negatives

‘A believer must not hate a believing woman (i.e. his wife): if he dislikes one of her characteristics, he will be pleased with another.’ (Muslim)

Thus we shouldn’t keep zooming in on the aspects of our spouse that irritate us. When we start stewing with negative emotions, it blocks out all the good things. Shaytan inflames us and drags out years of injuries, while erasing the good times and the akhlaq etiquettes with which we should communicate with each other.

We should make a conscious effort to remind ourselves of the good things. You can write a list of the things you like and dislike about your spouse. It comes as surprise how many good things we take for granted. Then you short list the qualities that are difficult to cope with and discuss them. Everyone has faults. No one is perfect. Including our own selves. In the Bible, we are asked to reflect on our own faults,

‘Why do you look at the speck of sawdust in your brother’s eye and pay no attention to the plank in your own eye?’ (Luke 6:41).

Just as we don’t like people focusing on our weaknesses, we should offer them the same treatment as we would like ourselves.

Marriages need more than chance to make them successful. In Malaysia in order to reduce the divorce rate, the government made it compulsory for couples to attend pre-marital courses in 1996 to give couples a better chance of making their relationships work. Their course covers ibadah, communication, health issues, time and financial management, and the third part concerns the dissolution of marriage, stress or conflict management and counselling.

A marriage is a work in progress, an ever-evolving relationship which has the potential to niggle and distress as well as provide solace and joy. Allowing it to stagnate does not do it justice. Our role is not passive, but to nurture it and enable it grow and flourish so that both partners can enjoy the fruits of each other’s love, support and companionship.

share
are men superior to women?marriagemen are the maintainers of womenrelationshipSurah Nisa 4:34