Healing the Diseases of the Heart 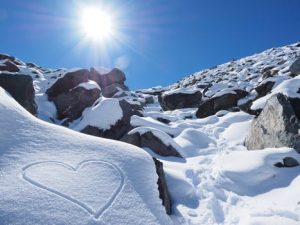 What causes a heart to become hard? What are the consequences  of a hard heart? And what are the remedies to soften the heart, revive it and bring it back to life?

The root cause of heart disease is sinning without repentance, as the accumulation of sins without sincere repentance locks the heart.[i]

In the hadith each sin coats the heart with a black spot. Undeleted by istighfar, the heart becomes completely caked in darkness. The Prophet (peace be on him) used this image to make the concept easy to understand.

Thus there will be two kinds of hearts: one is pure like a white gemstone and it will not be harmed by any tribulation as long as the heavens and earth endure, and the other is black and dusty like a worn-out vessel, neither recognising good nor rejecting evil, but rather immersed in its desires. (Muslim)

At this point, the heart is so hard nothing will penetrate it. Consequently, there are no barriers to sin, to the extent that such a numb heart will have no qualms about even changing the Book of Allah. It has lost all sensitivity to goodness and evil.

The contrast between the hardness of the rock is with the softness of soil, which when water drops on it, yields flowers and fruit. A rock yields nothing. Allah Almighty goes even further than this simile, which is astonishing, as He is stating that their hearts are not just as hard as rocks but even harder.

An overturned vessel metaphorically cannot collect any blessings. Unable to distinguish between what is right and what is wrong, it is under the control of his whims. Whims, on the whole, tend to be evil.

What Hardens the Heart?

So because of their breach of their covenant, We cursed them, and made their hearts grow hard. They change the words from their (right) places and have abandoned a good part of the Message that was sent to them. And you will not cease to discover deceit in them, except a few of them. But forgive them, and overlook (their misdeeds). Verily, Allah loves Al-Muhsinoon. (5:13)

Do not laugh too much, for verily excessive laughter kills the heart. (Bukhari)

After passing through levels of hardness the final point is addiction. In Arabic there is a saying which is ‘I do suffer from the first cup’ as it is the first cup which hooks you, leading to the next and the next, until you cannot stop. Then you reach a point from which it is hard to return.

Not all rocks are the same. Not all hard hearts are the same. Some can be penetrated. Some won’t like Abu Jahl and Abu Lahab. They passed away with hard hearts. They decided not to receive any light of Allah. Some rocks fall down from fear of Allah. If hearts do not feel the awe, majesty and beauty of Allah Almighty, then they can feel nothing.

Who is to Blame?

How Sound is your Heart?

When you hear the Qur’an recited or that someone passed away, or visit someone ill, is your heart moved or numb? If you feel nothing, then there is a problem and you need to treat it. Even if you feel nothing at first, keep trying by increasing your love towards, Allah Almighty, His Messenger and those whom Allah Almighty loves.

How to Revive a Dead the Heart

He who remembers his Lord and he who does not are like the living and the dead. (Bukhari and Muslim)

A hard heart is a dead heart. However, the remembrance of Allah Almighty can revive a heart that has died. This remembrance is not lip service, the tongue has to be in synch with the heart.

‘Hearts get rusted as does iron with water.’

When someone asked, ‘What could cleanse hearts again?’

The Prophet (peace be on him) said, ‘Frequent remembrance of death and recitation of Qur’an.’

We also know that:

Verily in the remembrance of Allah do hearts find peace. (13:28)

As hearts keep changing, we ask Allah Almighty to keep our hearts firm on the straight path and the truth. According to Musnad Imam Ahmad, the du’a the Prophet (peace be on him) frequently recited was:

O Turner of hearts, make my heart firm upon your religion.

Being in the presence of angels, blessings and the mercy that descends upon them during gatherings is very beneficial. The Prophet (peace be on him) said:

There are no group of people that sit together in a house of the houses of Allah reading Allah’s book and studying it between them except that tranquillity will descend upon them, mercy will encompass them, the angels will surround and protect them, and Allah will mention them to those that are with Him (to the highest angels). (Muslim)

As per the famous hadith, even the one who attends a gathering without intending to be there is forgiven through the collective reward, blessings and forgiveness of the gathering. So he benefits even if he was dragged there by someone else. And that is why it is good to encourage one another to seek Allah’s blessings.

Just as the man who killed 99 people asked for repentance with deep regret, and Allah Almighty accepted his repentance, with sincerity there is no one who is outside of forgiveness if they truly seek it

Those with a soft heart cry easily. Abu Bakr (may Allah be pleased with him) was always crying. This is a good quality as it reflects a soft heart. Mulla Ramadan (rahimahullah), the father of the esteemed scholar, Said Ramadan al Bouti (may Allah be pleased with him) was over a hundred years old, and he taught till his last days. Whenever he heard the name of the Prophet (peace be on him) or Allah Almighty it would bring tears to his eyes. Such was the softness of his heart, which reflected on those around him. He insisted on being carried to the mosque even though it was not required of him. And the mosque was flooded with mourners when he died.

Check the status of your heart and forgive anyone who hurt or wronged you during the day. Otherwise your heart and thoughts are engaged with negativity. Let go. Keep your heart soft when the Prophet’s (peace be on him) companions would come to backbite and complain about others, he would say he did not want to know, as he wanted to meet them with a soft heart, not a prejudiced heart.

There are some people whose company feels uncomfortable and oppressive, and you want to escape from them. If you enjoy the company of those who are sinful and you enjoy it, or if you are in the company of good people and you feel nothing, you should be worried.

[i] Imam Al-Awza’i said one of the pious ancestors was asked: ‘Is it possible for belief to increase and decrease?’ ‘Yes,’ he replied, ‘it can grow until it towers like a mountain, or shrink until it is no larger than a particle of dust.’

[ii] The Messenger of Allah (peace be on him) said, ‘Allah the Almighty is Good and accepts only that which is good. And verily Allah has commanded the believers to do that which He has commanded the Messengers. So the Almighty has said: ‘O (you) Messengers! Eat of the tayyibat [all kinds of halal (legal) foods], and perform righteous deeds.’ [23:51] and the Almighty has said: ‘O you who believe! Eat of the lawful things that We have provided you.” [2:172]” Then he mentioned [the case] of a man who, having journeyed far, is dishevelled and dusty, and who spreads out his hands to the sky saying ‘O Lord! O Lord!,’ while his food is haram (unlawful), his drink is haram, his clothing is haram, and he has been nourished with haram, so how can [his supplication] be answered? (Muslim)