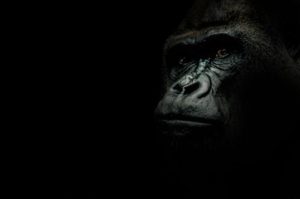 Certainly you have knowledge of those among you who transgressed in (the matter of) the Sabbath. We said to them, ‘Become apes, abased.’ (65) Thus, We made it a deterrent for those around and (those who came) after them – and a lesson for the God-fearing. (2:65-66)

Effective leadership needs to be firm. In positive parenting, experts talk about tough love. Ultimately it is up to a leader to ensure that the people in his charge behave in the best manner. Rules and codes of conduct should be well defined. If anyone oversteps the boundaries, warnings should be issued, disciplinary procedures initiated and finally if unacceptable behaviour does not cease, punishment has to ensue.

A leader who never disciplines his group will find that those under him do not take responsibility for their actions and flout the rules. A parent who doesn’t have clear limits in place will produce spoilt brats. There will be anarchy and the children are the ones who are damaged the most if they are not corrected when they make mistakes.

Similarly, Allah Almighty has set out a clear set of rules. He has issued warnings and cautioned us about the punishments for disobedience. He has also forgiven those who erred repeatedly; giving them chance after chance to feel remorse and correct their behaviour. However there reaches a point when forgiveness is taken for granted, nations have made a mockery of His laws and eventually their chances run out.

One such occasion is the breaking of the Sabbath. In Islam jummah salah is fard on a Friday but there is no restriction on trading on a Friday, except during saltul jummah. Anyone who continues trading during this time, does not benefit from the earnings at that time, as the profit is haram. Once jummah is over, trade can resume as normal. The Judaic rules of the Sabbath were even more strict.

Observance of the Sabbath was the fourth commandment. Breaking it was serious – it was considered a capital offence.  In Exodus, believers were told:

‘You shall keep the Sabbath therefore; for it is holy unto you: every one that defiles it shall surely be put to death: for whosoever does any work on it, that soul shall be cut off from among his people.’ (Bible, Exodus 31:14)

In a fishing village, which some people believe to be the sea port of Ela, near the Dead Sea there were a group of believers who continually breached the Sabbath over the years. They noticed that fish would be in abundance on Saturday and didn’t want to miss the chance of catching them, so they set up ways of trapping fish over the course of Sabbath, and then collected them the following day.

Staying Silent when Wrongs are Committed

Apparently there were other groups of fishermen who remained silent about this. If injustice is done, Allah Almighty expects those who know about it to speak up. We imagine that it is difficult in our day to speak up and stand up for the truth because of the level of opposition that exists. In fact there has never been an age in which standing up for what’s right has been easy.

There were some inhabitants, who were perturbed by the gravity of breaking Allah Almighty’s commands. They could see that the rules were being broken even though those committing the sin were imagining that they were following them. The God-fearing fishermen distanced themselves from the rest. The fishermen who were tempted to increase their profit at the expense of obeying Allah Almighty could only get away with it for so long. Ultimately Allah Almighty held them to account and punished them by turning them into apes and pigs. They remained in this state for three days and then a heavy rain descended and they drowned.

Why Punishment has to be carried out

If Allah Almighty does not hold us accountable for our actions and forgives us all regardless of how we have behaved towards others, this would be injustice as well as weakness. There is a fine line between forgiveness and weakness. Forgiveness is kindness unless the sinner fails to learn anything from their wrong or malicious actions.

Allah Almighty forgives out of His fadl or mercy but punishment is an empty threat if it is never carried out. A bark without a bite. When someone refuses to amend their way, continues to be defiant, is bullying or obnoxious there is no choice left but punishment.

The fishermen were engaged in a mentality that we see today when people suggest that there aren’t just one set of facts, but ‘alternative facts’. In reality, there is only truth and lies. Alternative facts are falsehood!

The fishermen who were punished were reaping the true results of their actions. They thought they were being clever and successful. However they had succumbed to their materialism and been trapped by the greatest fitnah that exists – material wealth. The Prophet (peace be on him) said:

‘Truly, for every nation there is a trial, and the trial for my nation is wealth.’ (Tirmidhi) Who is his nation (ummah)?

Scholars have defined the ummah of Muhammad (peace be on him) as two categories – those who have been invited to Islam (ummat ad dawah) and those who have accepted Islam (Muslims). So the ummah of our Prophet (peace be on him) is ALL people. He was sent to all mankind and his ummah’s greatest test til the end of time is materialism and consumerism.

Wealth opens doors, gives us choices and brings status: ‘Money, money, money…All the things I could do, If I had a little money, It’s a rich man’s world’. If we can’t resist the urge for wealth, we see everything in terms of gain and profitability and then we begin to worship money. The fishermen chose wealth over Allah as their lord. However, Allah and worshipping Allah cannot be traded.