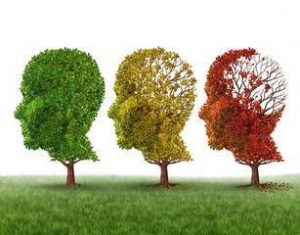 O Children of Isra’il (Israel), remember My blessing that I conferred upon you, and that I gave you excellence over the worlds; (47) And guard yourselves against a day when no one shall stand for anyone in anything, nor shall intercession be accepted on anyone’s behalf, nor shall ransom be taken from him, and neither shall any be given support. (48) Remember) when We delivered you from the people of Pharaoh! They had been inflicting on you grievous torment, slaughtering your sons and leaving your women alive. In all that, there was a great trial from your Lord. (49) And (recall) when We parted the sea for you; then We saved you, and drowned the people of Pharaoh while you were looking on! (2:47-50)

Many studies explore the importance of man’s ability to forget. If we couldn’t forget, we would not be able to forgive. It is a blessing to be able to move on when things have been difficult for us. If we are to move on, then we need to stop rewinding and replaying things that hurt or upset us in our minds. We need to forget.

It is much better to prepare for the Day of Judgement by letting go of grievances, forgiving those who hurt us, making things work out. If we clear the air, then we will not carry hatred and grudges. Otherwise these mar our perception and enjoyment of our blessings.

Yet sometimes we are skewed and selective with our memory. There is a tendency to dwell on the negatives and overlook the positives that we experience. Our ability to forget spills over into things we shouldn’t forget. In this ayah, Allah Almighty pointedly reminds Bani Israel of his favours, which they have neglected to remember.

Bani Israel were honoured above all other nations – this was by being honoured through the knowledge and revelation they were given, specifically their Messengers and Books.

Once their status had been taken away, that honour was removed.  The honour was then conferred later to the Prophet (peace be on him) who was not from them, but whose message was for them.

Why We Need to Own up to Our Mistakes

Allah Almighty warns us of the day when we will not be able to claim our mistakes were not ours, like claiming someone else drove our car to avoid getting points. There won’t be any compensation we can pay to get out of it or higher court of appeal. Punishment will be the only payment for sins. Ultimately we bear the burden of our sins. Sometimes we manage to get out of punishments in this world through our connections; however this will not be an option on the Day of Judgement.

At the time of the Prophet (peace be on him) there was one justice system for everyone, not a two-tier system where some could get preferential treatment.

Aisha (may Allah be pleased with her) narrated: The people of Quraysh worried about the lady from Bani Makhzum who had committed theft. They asked, ‘Who will intercede for her with Allah’s Apostle?’ Some said, ‘No one dare to do so except Usama bin Zaid the beloved one to Allah’s Apostle.’

The Power of Dreams to Change History

Though we do not always remember our dreams upon waking, we see how a dream can change history from the story of Firaun. It was a dream that he had in which an Israelite boy would take away his kingdom, that led him to command his men to slay all the Israelite boys born. Certain dreams are indeed meaningful, as the dreams interpreted by Yusuf (peace be on him) which led to the management of food storage through good and bad harvests. The Prophet Muhammad (peace be on him) would discuss his companions dreams after fajr and teach them how to interpret the meanings behind them.

The Satisfaction of Justice Being Carried Out

When people are pushed to the limits, their true quality and depth becomes apparent. Underlying this ability to do better than our own expectation is reliance on Allah Almighty. When Ibrahim (peace on him) was flung into the fire, Jibreel came and asked if he wanted anything. He replied that Allah Almighty already knew what was in his heart. Similarly, Musa (peace be on him) when he reached the coast and saw only the Red Sea ahead of him and Pharaoh’s army behind, said,

‘My Lord is with me and will guide me.’

He had complete trust in Allah Almighty, though his followers feared they would drown. Allah Almighty told Musa (peace be on him) to strike the sea and it became like a paved road, otherwise it would have been boggy and hard to cross. Though Musa (peace be on him) wanted to close it as soon as they crossed, Allah Almighty told him to leave it till Pharaoh reached the middle, then they had the satisfaction and certainty of seeing their bloody tyrant who had tortured them for so many years be drowned by their own eyes. Just as holocaust survivors continue to prosecute Nazi war criminals who haven’t got long to live to get the satisfaction of holding them accountable for their heinous crimes Allah Almighty recognises the psychology of victims to gain closure after their abuse.

Moreover, the Qur’an states that when Firaun saw his death approach, he declared his imaan, but it was too late. Forgiving him after so much bloodshed and denial of the truth would have robbed Bani Israeel of justice. As far as Firaun is concerned, he chose his sealed his fate. Imaan is about believing in the unseen, when death is upon us, the veil of the unseen is lifted and is no longer alama ghayb (realm of the unseen), but becomes alam shahada (the witnessed realm).