The Lessons from Adam and Eve 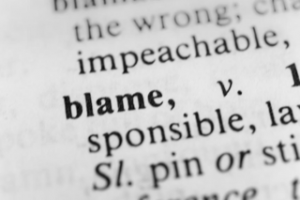 And when We said to the angels: “Prostrate yourselves before ’Adam!” So, they prostrated themselves, all but Iblis (Satan). He refused, showed arrogance and became one of the infidels. (34) And We said, “O Adam, dwell, you and your wife, in Paradise; and eat at pleasure wherever you like, but do not go near this tree, otherwise you will be (counted) among the transgressors.” (35) Then, Satan caused them to slip from it, and brought them out of where they had been. And We said, “Go down, all of you, some of you the enemies of others; and on the earth there will be for you a dwelling place and enjoyment for a time.” (36) Then Adam learned certain words (to pray with) from his Lord; so, Allah accepted his repentance. No doubt, He is the Most-Relenting, the Very-Merciful. (37) We said, “Go down from here, all of you. Then, should some guidance come to you from Me, those who follow My guidance shall have no fear, nor shall they grieve. (38) As for those who disbelieve, and deny Our signs, they are the people of the Fire. They shall dwell in it forever.” (2:34-39)

The origins of arrogance are depicted in this scene that Allah Almighty reveals to us. Refusing to bow down with the angels, Shaytan is highly conscious of and puffed up by his sense of his own self. The first ‘I am’ comes from him too. People with arrogance follow in his footsteps, peppering their speech with themselves ‘I do this. I do that. I… I… I….’ No one is immune to arrogance, not even the jinn who had been raised to the status of an angel because of his dedication in worship.

Sometimes we cannot bear to see others succeed more than us, and feel their success is ‘unfair’. Yet this attitude fails to recognise that Allah Almighty is the one who confers honour on us and it is entirely up to Him whom He chooses to raise above another. The original sin in Islam is arrogance – not the concept of original sin which is held in Christianity.

We have important lessons to learn from the first sin. It is in our nature to forget, and forgetfulness does often lead us to slip. Yet, Allah Almighty has shown us that when someone errs we shouldn’t be overly judgemental and aggressive in berating them. Rubbing their noses in their mistakes is counterproductive. Instead we should make them aware of their mistakes with tact and kindness. The latter approach is more likely to bring them back towards goodness than making them feel so disgusted with themselves they feel shut out and left to more sin. Moreover, no sin takes us out of Allah Almighty’s mercy if we sincerely regret it. Allah Almighty has left the door of repentance open to us so we should never think that our mistake leaves us beyond redemption. It was Iblis’s sin that was unforgivable because he felt no remorse and it is his sin, arrogance, that we have to avoid at all costs because that blinds us to seeing our faults and seeking forgiveness when we go wrong.

What was Adam’s Sin?

Adam and Hawa were created by Allah Almighty, and lived in Paradise according the understanding of the majority of scholars. Though we point skywards to indicate heaven, it is not from its literal location, but from the gesture that ‘up there’ is high and therefore glorifies Allah Almighty. In fact, it is a different dimension all together.

Their test was to avoid eating from a particular tree, though the kind of tree it is not agreed upon by scholars. (Some have suggested fig, barley and grapes, but it is an irrelevant detail.) Shaytan caused them both to commit the mistake of eating from it – ‘he made them slip’. He suggested that the tree would make them eternal which appealed to Adam, as the idea of anti-aging continues to appeal to us today, as it did to the pharaohs before us. In contrast to the Israelite tradition, there is no blame on Hawa for tempting Adam whatsoever, Shaytan tempts Adam first and then her. From that moment they became aware of and embarrassed by their nakedness, and experienced the stinging emotions of guilt and regret.

There is absolutely no suggestion in the Quran or sunnah that Hawa was instrumental in tempting Adam to sin or that she was more culpable than him. That idea is in Israelite tradition but is not part of our Islamic understanding. They were both lead astray and we assume that they did not sin deliberately but out of forgetfulness. It is no coincidence that the root word for mankind in Arabic (insaan) comes from ‘nasyan’ meaning forgetfulness. Certainly Allah Almighty treats their sin as unpremeditated and both teaches them how to seek His forgiveness, and pardons them, reminding them of the threat that Shaytan poses to them.

‘They said: Our Lord! We have wronged ourselves. If thou forgive us not and have not mercy on us, surely we are of the lost! (23) He said: Go down (from hence), one of you a foe unto the other. There will be for you on earth a habitation and provision for a while. (24) He said: There shall ye live, and there shall ye die, and thence shall ye be brought forth. (7:23-25)

They are sent down to earth, but again the nuances are fundamentally different from Biblical traditions. According to the Old Testament Adam and Eve were punished. To Eve God said: ‘I will greatly increase your pains in childbearing; with pain you will give birth to children. Your desire will be for your husband and he will rule over you.’ (Genesis 3:16) And to Adam He said: ‘Because you listened to your wife and ate from the tree …. Cursed is the ground because of you; through painful toil you will eat of it all the days of your life.’ (Genesis 3:17)

There are various commentaries which suggest different locations that Adam and Hawa descended to earth, which are mainly in the Middle East, although according to Hasan Al Basri, Adam was sent down to India, and Hawa to Jeddah!

How do I move on after sinning inadvertently or deliberately?

The key point here is that how they react to what they have done and how Allah Almighty responds to their disobedience. They feel acutely ashamed and Allah Almighty teaches Adam how to supplicate and accepts his repentance.

Whether it is a mistake, or we’ve done something wrong deliberately, it should not prevent us from turning back to Allah with remorse. In the closing two ayahs of Surah Baqarah Allah Almighty teaches us the words to ask Him for forgiveness. He suggests kindly that our mistake is out of forgetfulness:

It is kinder than saying that we blatantly ignored His commands and erred on purpose. This has a positive psychological impact, gently encouraging us to return to the higher standard of behaviour that He expects from us, rather than a crushingly demoralising effect of telling us that He expected no better from and that we are incapable of better behaviour.