How to Spot a True Believer

What should we be like and how should we behave? What are the characteristics that any two believers, regardless of age, gender or ethnicity will have in common? 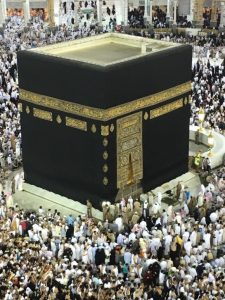 ‘Who believe in the Unseen, and are steadfast in Salah (prayer), and spend out of what We have provided them;

Being Conscious of the Unseen – an Antidote to Materialism

Allah Almighty describes believers as those who believe in the unseen. By its very nature, the unseen is non-material. We cannot see it or touch it. It is a dimension that we cannot access in the way we access the physical world around us. Those who believe in the unseen are both aware of this other dimension and attach themselves to it. The stronger the imaan, the stronger the attachment, which comes from the conviction inside them that there is more out there than meets the eyes. As the awareness of this other dimension exists, it diminishes the magnetic pull of material possessions, which lose their significance and hold. They are not a believer’s supreme aim, or sum total of his or her life. They are not the centre of his universe. So much so that a true believer is not a shopaholic or a hoarder because amassing possessions is a distraction of a temporal world, whereas the believer can see beyond the status that objects and titles confer, connecting himself instead to the everlasting and its Creator.

Clinging to Salah – the Essence of Deen

Secondly, believers are defined as those who establish salah. Whenever salah is mentioned in the Qur’an, we are asked to ‘straighten’ it. This means that Allah Almighty Almighty expects a level of commitment from us, to make an effort and make it part of our routine. The most important pillar of Islam, salah is the enactment of the shahada. It is taking belief from a concept to an action, which is why it is considered the essence of deen, ‘emmad ud deen’. Thus a believer’s spiritual clock is firmly set to salah times, and their day revolves around these appointments, so he remains mindful of salah and fulfil this requirement, not as per his own whims and desires but in accordance with shariah, its etiquettes and sunnah. Indeed, the most detailed book in fiqh is the ‘Book of Salah’. Salah is the proof of the pudding – whoever establishes it, establishes the deen and whoever neglects it, destroys the deen. If one lives life without salah, one has abandoned its rhythms and connectivity with Allah Almighty and left himself open. However one who is committed to Allah Almighty has to remain on the ball in order not to miss their appointments with Him, and this continuous purification and connectivity with Allah Almighty .

The third trait of a believer is that he spends out of what Allah Almighty has provided for him. We can see from the sequence, that the priority is believing in Allah Almighty once that is in place, demonstrating this by connecting with Allah Almighty through prayer and taking that to the next level by giving up what is precious to us by spending. Spending reveals the quality of our character. Is money dearer to us than Allah Almighty and His Messenger? Do we struggle to part with our cash, and invent excuses not to pay, and not to give? Though Allah Almighty made our heart love it, it should not prevent us from following His commands and He is asking for some, not all of it.

Spending refers to what we have to spend on our families as well as what we give in charity. When spending, the biggest claim to a man’s wealth is from his wife, then parents, followed by zakat and then other additional, voluntary charity.

The amount of 2.5% that we use to calculate zakat comes from the hadith in which we are told to pay 1 sheep in every 40. This is the minimum. Whatever we can give beyond this is even better. There are categories of those who deserve our zakat. It is worth noting that though parents are not eligible to receive zakat, siblings and sons in law are.

Allah Almighty is reminding us that what we have is from Him, and therefore we cannot allow ourselves to be overwhelmed by our degrees, careers, achievements or intellect because none of these provide us with our rizq. Allah Almighty alone has provided for us. Plenty of people with qualifications earn nothing while others who can barely write their name, have plenty. So our wealth has been given to us by Him and a sign of piety and submissiveness to Allah Almighty is to respond to His call, recognise that it originated from Him, and be generous in spending from it at all times.

The fourth quality of believers listed by Allah Almighty is that they believe in whatever has been revealed to in the Qur’an and that they believe in the previous revelations. It is part of our imaan to accept Islam as the continuation and conclusion of the same message that Allah Almighty gave to previous prophets via the angels and Books. It shows the connectivity between all prophets and messengers and also shows respect to them. Even though those books are no longer in the original or complete forms, there remain traces of divine revelation in them.

The fact that the revelation ended with the Prophet (peace be on him) does not mean that we cannot reform our ummah, and bring them back to the straight path. Reformation did not end with revelation. It has to be continued to the day of judgement. In a hadith, at the beginning of every new century Allah Almighty will send for this ummah someone who will renew for them their religion. This reforming and renewing is called ‘tajdeed’.

Have Certainty of Akhirah

Having certainty, or ‘yaqeen’ in something which we cannot see with our own eyes is the ultimate quality of a believer. Not everyone has the same level of experience and we can improve this with training, practice and hard work. A man called Haritha came to the Prophet (peace be on him) and said he no longer felt he was in dunya, as he felt the truth of imaan. When asked what was the proof of this claim, the man replied that he felt he could see with his own eyes the dwellers of jannah visiting one another, the dwellers of hell screaming, and the throne of his Lord in front of him. The Prophet (peace be on him) wanted people to know this and to teach us that by leaving the dunya and connecting to Allah Almighty yaqeen can be of a very high level. It is a spiritual path and once connected to Allah Almighty the Prophet advised the man not to let it go.

The Path of Success

These are the traits that bring success. They are the steps we need to take to be on the guided path, which we requested to be on in Surah Al Fatiha. Those who take these steps are headed in the right direction. They are people of falaah – success, goodness. The Qur’an makes things clear for us and gives us the bullet points. They are easy to memorise, and possible to deliver.

Once we set out our priorities we can develop and improve them. The more we do this, the more we are making progress. Each step takes us closer to Allah Almighty and further from punishment. Insha’Allah Almighty we will have a safe journey and safe arrival if we get it right.

We pray that Allah Almighty makes us amongst the muflihoon, the ones who attain success.