What styles are used in the Qur’an to appeal to us? Can we learn how to do dawah from them? 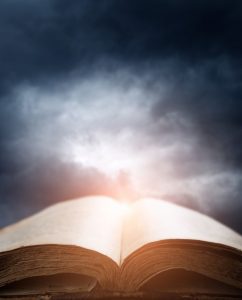 At times we are appealed to at an emotional level. At others it is on a rational level. In our own lives, we have ups and downs, experiencing mercurial spiritual levels and from time to time we need a bit of boost (or more!) to get us back on track. The Qur’an therefore delivers Allah Almighty’s message through an assortment of verses offering comfort, promising reward, threatening punishment, strengthening belief, establishing rules with gradualism, as well as through stories and parables to make us reflect.

He is the One who made the earth a bed for you, and the sky a roof, and sent down water from the sky, then brought forth with it fruits, as a provision for you. So, do not set up parallels to Allah when you know. (22) If you are in doubt about what We have revealed to Our servant, then bring a Surah similar to this, and do call your supporters other than Allah, if you are true. (23) But if you do not – and you will never be able to – then guard yourselves against the Fire, the fuel of which will be men and stones. It has been prepared for disbelievers. (24) And give good news to those who believe and do righteous deeds that for them there are gardens beneath which rivers flow. Every time they are given a fruit from there to eat, they will say, “This is what we have been given before”; and they will be given (fruits) resembling one another. And for them there shall be wives purified; and there they will live forever. (25) Indeed, Allah does not feel shy in citing any parable, be it that of a gnat or of something above it (in meanness). Now, as for those who believe, they know it is the truth from their Lord; while those who disbelieve say, “What could Allah have meant by this parable?” By this He lets many go astray, and by this He makes many find guidance. But He does not let anyone go astray thereby except those who are sinful (2:22-26)

Appealing to the ever-shifting spiritual state

As our thoughts and emotions constantly fluctuate, Allah Almighty varies how He calls us to Him. Responding to our ever-shifting moods, even when we do not understand Arabic, we can hear the changes in tone, rhythm and rhyme, as Allah Almighty varies His style in communicating with us. As we don’t all respond in the same way to certain styles, this broadens the appeal, as well as sustains our relationship with it – at different times we need different approaches to coax, jolt, remind and persuade us to do the right thing.

We learn from this the need to vary our own approach when giving dawah (inviting people to Islam). At times, we get attached to certain styles but they become ineffective through repeated use, so we need to alter our style. We should not shy away from using innovative ideas or exploring new technology as it becomes available – as long as it is in line with our principles to convey His message to others.

In the Qur’an, the reference to certain things was outrageously ground-breaking – such as the gnat. It was not considered worthy of mention in cultured compositions. Yet the parables and examples in the Qur’an are very clear. They are timeless examples. Taking something familiar, but drawing our attention to a particular aspect, we see it anew. Sometimes the signs of Allah Almighty are too close to us for us to ‘see’. The Qur’an is opening our eyes to things we see but we don’t appreciate. Such as the gnat, which appears insignificant. Yet Allah Almighty knows just how intricate its creation is and has the unflinching confidence to point it out.

This is how we can spread the message ourselves – by appealing to everyone, inviting them to reflect fresh on what is familiar, so people can see grasp something they haven’t before. For example, the sky, the earth and the rain are over-familiar to us.

Allah Almighty uses questions to make His point. He Almighty challenges us with the question of who created the water cycle and empowered nature to flower and fruit. Even with all the necessary factors, we cannot be certain that every seed we sow will sprout or reach harvest. We may plant the seeds, but whether they grow or not, is not our hands. We cannot force them to grow.

In answer to those who queried why Allah was mentioning mosquitos, spiders, bees and ants, Allah Almighty responds with sheer confidence that He has no embarrassment about citing them. Why should He? The more we know about these miniature creatures the more we are in awe of His mastery. Mosquitos have compound eyes with hundreds of lens giving huge field of view, a sophisticated heart system, they anaesthetise their prey, detect the best location for drawing blood and then thins it. This is highly complex insect, with such specialised features; the more we research it, the more intricate and intelligent we discover it to be. Allah Almighty is not in the least reluctant to mention it, instead He has every right to be proud.

Allah Almighty goes on to hint at an even smaller world, that would not be discovered until centuries later – the realm of bacteria, biological cells and atoms, and beyond that, even tinnier still DNA, electrons, quarks and particles of light (photons). Subhanallah!

Giving air-time to other view points

Having challenged His audience, Allah Almighty takes the debate to further, by acknowledging that some have doubts and shows that He is open to discussing His own authority. There is no taboo on this subject or any other in the Qur’an. If the opposition want a scientific discussion based on knowledge, then He’s asking them to bring it to the table. If, for argument’s sake, people claim they have access to a parallel power, then He dares them to bring anything like the Qur’an forward. And if the Qur’an is man-made, then the literary masters should be able to produce something of that standard. Allah Almighty’s tone is bursting with certainty of the One who knows He cannot be outdone.

Allah Almighty gives comfort to the believers and gives them confidence. With sheer simplicity, He ends the discussion – ‘they know this is the truth from their Lord’. Allah Almighty makes it clear for those who believe that they are on the right track. They have this certainty (yaqeen), belief (imaan), submission. Meanwhile, the very lines that give certainty to believers, will allow the sinful ones to go astray.