What Prevents Us from Submitting? 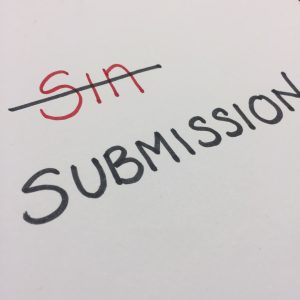 And who would be averse to the religion of Abraham except one who makes a fool of himself. And We had chosen him in this world, and indeed he, in the Hereafter, will be among the righteous. (2:130)

The Core of Deen brought by all Prophets is the Same.

Allah Almighty is saying that only a fool would forsake the religion of Ibrahim (peace be on him). Anyone with understanding and good character would not forsake it and in the hereafter he will be among the righteous. Anyone who rejects the religion of Ibrahim (peace be on him) is only fooling himself.  Allah Almighty is directing believers to achieve success in dunya by following the steps of Ibrahim, and the prophets who came after him, as they emulated him. Though there are some differences in the shariahs (rulings) that they brought, nevertheless at their core they are the same religion as each other.

There are five ‘ulul azm’ or special prophets: Nuh, Ibrahim, Musa, Eesa and Muhammad (peace be on them). Ibrahim (peace be on him) has special status, knowledge, wisdom and ability. He has been chosen in dunya as well as akhirah where he is among the righteous. The core of the message from Allah Almighty from Adam to Muhammad (peace be on them) is worshipping One God – tawheed. And submitting to Him. Iyaka nabudu iyaka nastaeen. We need to keep reminding ourselves of this main pillar.

On the one hand we have the command ‘Aslam!’ (Submit), and on the other we have Ibrahim’s (peace be on him) response – his whole-hearted submission. He could have rejected the command (as humans we have the choice to do so), yet he accepted. The lesson for us in this is to say, when we hear the commands of Allah Almighty we should say ‘We submit’ and steer clear of the haram and obey. The slogan of our ummah is we hear and we obey.

What is Your Level of Submission?

When Allah Almighty commands us not to do something, do we submit to his commands? When we are told not to go near what is haram, do we submit? What do we do if we hear the command and recognise it but cannot respond with submission? Unfortunately this is the case in many scenarios in our life. Often deep down we know something we are doing is wrong but we turn a blind eye to it. We have to be brave enough to face our fears and ask our self the difficult questions: Are we fine continuing with this sin or do we want to resolve it? If we want to resolve it, we need to ask our self: why do we keep doing it? Don’t rely on your own strength, because it is not your muscles which will stop you, you need support from Allah Almighty.

The Barriers to Submission

Be brave enough to face your shortcomings. You need to acknowledge what you are doing is wrong and then you want to take steps to resolve it. It could be a matter between you and someone else, or it could be between you and Allah Almighty.

Ask Allah Almighty for forgiveness and make deep du’a for help. Say ‘I am weak. I keep breaking my covenant with You. O Allah Almighty help me keep my promises, overcome my hurdles and submit to you. Don’t let my whims and desires control me or dunya seduce me.’

The other steps to take if you are sincere are to analyse why you keep repeating the same pattern which leads to the same sin. In order to change the outcome, you need to change the pattern. It might not be easy. It could be the friend or the place or certain circumstances that contribute to the pattern which need to be altered. In the story of the man who wanted to repent after committing ninety nine murders, he was advised to move away from his village to another village with righteous people who would be able to support him to change.

In addition occupy yourself with something beneficial. You might be committing the sin because you have spare time. Monitor yourself.

Keep the dhikr of Allah Almighty on your tongue, keep saying ‘alhamdulilah’, ‘subhanAllah’, ‘astagfirullah’ and so on. If this is present in your life, then insha’Allah it gives you more protection from mistakes and gradually you will move to a better station.

Steps to breaking a cycle of sin

Submission from Waking to Sleeping

The words we recite before beginning our salah, inni wajjahtu wajjhia lil-laji faataras-samawati wal ard, ‘Surely I am facing towards He, who creates the heavens and the earth’ reflect that we direct ourselves towards Allah Almighty and submit to His will. The moment we open our eyes we say the du’a

All praise is for Allah Almighty who gave us life after causing us to die, and unto Him is the resurrection.

And when we are about to sleep we recite the du’a ‘Allahumma aslamtu nafsi ilaika, wa wajjahtu wajhi ilaika…’

O Allah I submit myself to you, and entrust my affairs and turn my face to you.’

Thus we confirm that we submit ourselves and delegate all our affairs to Allah Almighty from the moment we wake to the time that we sleep, because the more we submit, the more protection we have against shaytan. And during the day the five prayers are our reminder to submit to the Lord of the Worlds.

Submission through the Pillars

We submit to Allah Almighty in our sujood, siyaam and hajj.

Submission in the Universe

It is beautiful to see that it is not just us alone who are submitting, but the universe is engaged in a circle of submissiveness which confirms His majesty and power. It puts us in our position as the recipients of His mercy.

And Abraham instructed his sons [to do the same] and [so did] Jacob, [saying], ‘O my sons, indeed Allah has chosen for you this religion, so do not die except while you are Muslims.’ (2:132)

People are familiar with the word wasiya, which is one’s Last Will. Though it is important to draft this, there is something more important than the wealth we pass on and that is the wisdom we impart to the next generation. At the time of death, one usually gathers their thoughts and passes this on. Similarly, at the time of his death Ibrahim (peace be on him) exhorted his sons, Ismail and Ishaq, and through his son to Yaqoub, his grandson, that Allah Almighty had chosen this religion and they should not to die unless they had submitted. As we know, Ishaq’s son was Yaqoub who is also known as Israel – the father of the twelve tribes, including Yusuf (peace be on him). On the deathbed, one speaks about what is utmost in their mind and what they are passionate about. Ibrahim (peace be on him) was not concerned with worldly affairs, or diverted by emotion;  he wanted to remind his children about the message he had received. His main concern was their relationship with Allah Almighty. If you get the pillars and basics right, the rest will be follow.

Submission for our own Benefit

Allah Almighty’s words are divine, and Allah Almighty’s commands are for our benefit, so we should not experiment. We are not hijacking people’s intellects, but we cannot add to it or change Allah Almighty’s words. For instance, 1400 years since the prohibition of alcohol by Islam, experts have confirmed that alcohol is bad for us. ‘The World Health Organisation advises there is no safe level of drinking.

As we cannot predict when our death will come, to die in a state of submission, we need to be submitting at all times, so that no matter when death comes, we have submitted.

Or were you witnesses when death approached Jacob, when he said to his sons, ‘What will you worship after me?’ They said, ‘We will worship your God and the God of your fathers, Abraham and Ishmael and Isaac – one God. And we are Muslims [in submission] to Him.’ (2:133)

Some Jewish people came to the Prophet (peace be on him) and said that Yaqoub (peace be on him) on his death bed asked his children to follow Judaism. The ayah was revealed and showed that what was actually said was to submit to Allah Almighty, exposing the fabrications which they put forward to the Prophet (peace be on him). They felt they had the authority to present their history in any way they wanted. The Prophet (peace be on him) waited for the revelation and then revealed the truth. Twisting the reality and changing history is still common today. One of the signs of the Day of Judgement is that people will call the truthful person a liar and the liar a truthful person. Dressing lies up as truth is happening now. We should be watchful for this, for example cutting out hadith from their context, as Isis is doing now, and completely altering the meaning, and Allah Almighty will expose this.