Travelling the Path of Knowledge 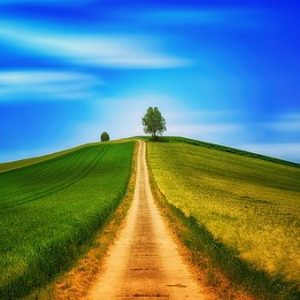 The Messenger of Allah Almighty (peace be on him) said:

‘Whosoever travels upon a path, seeking knowledge thereupon, Allah Almighty will ease for him a path to Paradise’

‘And (remember) when Musa said to his boy-servant:

‘I will not give up (travelling) until I reach the junction of the two seas or (until) I spend years and years in travelling.’ ‘

Musa (peace be on him) was the first person to have travelled in order to seek knowledge. And he was amongst the greatest Messengers.  Musa (peace be on him) believed he was the most knowledgeable of his people as Allah Almighty had given him the power of miracles and honoured him with the Towrath. However, Allah Almighty revealed to Musa that no one man alone could know all there is to know, nor would one Messenger alone be the custodian of all knowledge. There would always be another who knew what others did not.

The ‘travels upon a path’ could also mean the journey or the path the student of knowledge takes in seeking knowledge.

How can I travel the path to knowledge?

Every path that you take in search of knowledge is a way to Paradise; this is true for every path, literal or otherwise: your journey from one country to another; going from one circle of knowledge to another; and from one mosque to another for the sole intention of seeking knowledge. These are from the ways of acquiring knowledge. Likewise, listening attentively in the circles of knowledge, taking notes, asking questions to clarify misunderstanding, reviewing what has been learnt, preserving it by applying the knowledge and then humbling yourself with this knowledge before passing it to others. These are also from the paths you can take to acquire knowledge

‘The ‘travels upon a path’ can be taken to mean both the physical travelling to seek knowledge and/or the journey one embarks to gain knowledge.’

Sometimes you may come across people who have a very short memory which hampers them from memorising ahadith and sunnah. Nonetheless, Allah Almighty may grant this person due to their effort, purity and sincerity access to knowledge where his works and his teachings are far more effective, propagated and beneficial than a person who has superior knowledge and a more powerful mental faculty.

Imam Nawawi was not the most knowledgeable scholar of his time, as a matter of fact, there were thousands like him. Allah Almighty blessed him, his time and his work in a way that benefited people than any other scholar of his time, and this was due to his purity of body and heart. It was noted that he only ate food that was grown on his father’s farm in Nawa as he was absolutely sure that it was pure and unsaturated from the corruptions of the land. This meant he would often go without food; he never ate food from the market as he was unsure of the source. At the end of the day, we are what we eat. If we eat pure we will remain pure.

The connection between knowledge and purity

One way of attaining knowledge is through veneration. Imam Bukhari obtained his knowledge by veneration; for he pledged that he would never write a hadith in his book without being in pure state (in the state of wudu). On one occasion, he had abdominal issues, so he purified himself forty times in order to resume writing one hadith without being pure. His situation did not warrant him needing purification, but his etiquette towards this sacred knowledge, his sincerity, and his constant link with Allah Almighty gave him the tawfiq to perform wudu as many times as required to be in the state of purity. He performed wudu since learning is light and purification is light; thus the light of learning is increased by purification. Allah Almighty is the one who opened his heart to see the truth, to write the truth and act upon it, such is the status of his work that no person can claim to be a true student of knowledge without studying his collection of ahadith.

Knowledge does not come to a person, but he must go out and actively seek it from the sources.

Abdullah Ibn Abbas described what he once did on hearing that a Companion of the Prophet (peace be on him) knew a hadith unknown to him:

‘I went to him during the time of the afternoon siesta and spread my cloak in front of his door. The wind blew dust on me (as I sat waiting for him) . If I wished I could have sought his permission to enter and he would certainly have given me permission. But I preferred to wait on him so that he could be completely refreshed. Coming out of his house and seeing me in that condition he said:

‘O cousin of the Prophet (peace be on him)! What’s the matter with you? If you had sent for me, I would have come to you.’

I said; ‘I am the one who should come to you, for knowledge is sought, it does not just come.’ I asked him about the hadith and learnt from him.’

A proper student is concerned with all paths that lead to knowledge. He seeks it, desiring the Face of His Lord, the Mighty and the Majestic. Therefore, the one, who acquires this knowledge, humbles himself with the knowledge, incorporates it as part of his life and passes it on to others will Insha’Allah attain the pleasure of his Lord and His Paradise.